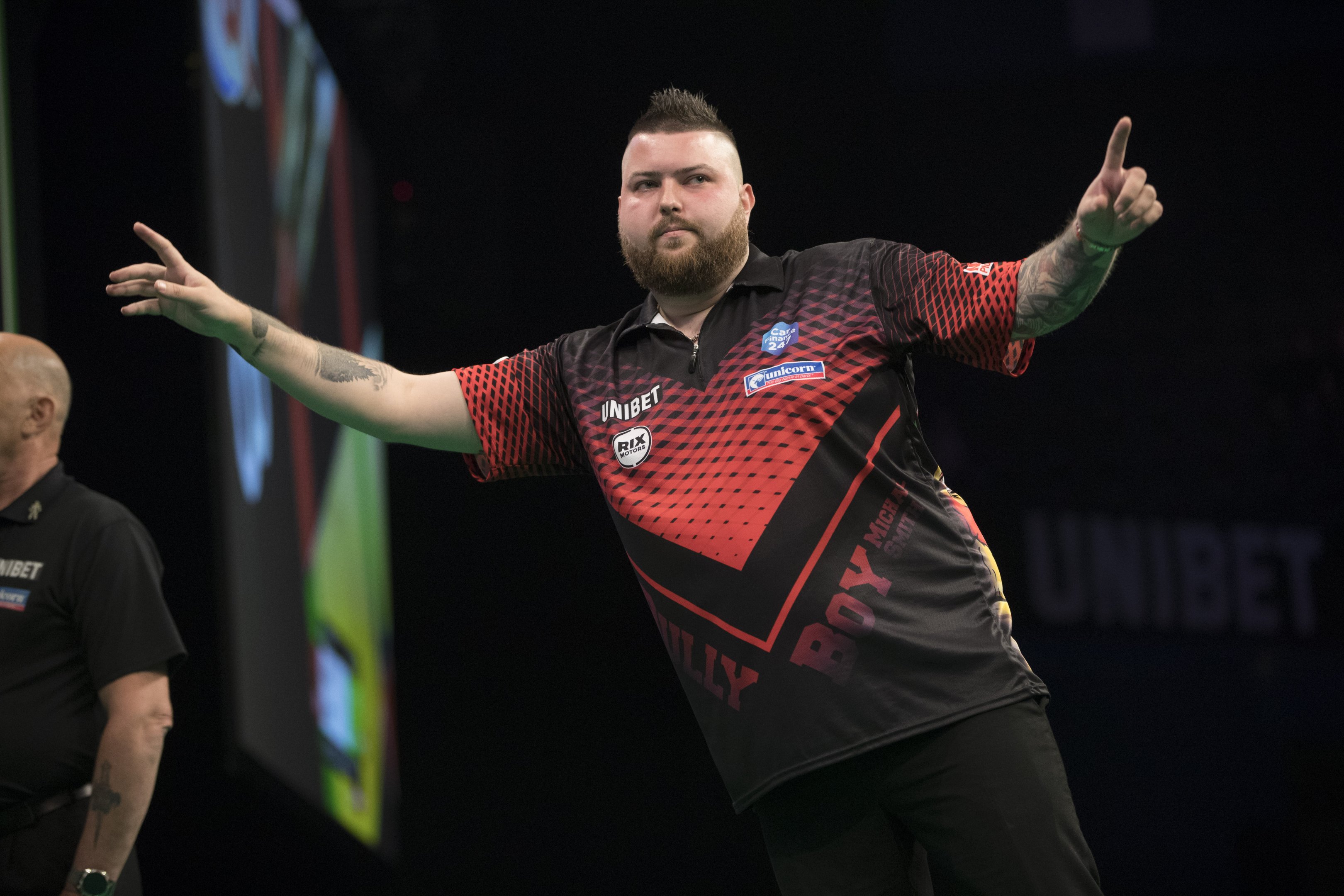 MICHAEL SMITH will fulfil a childhood ambition when he makes his England debut at the BetVictor World Cup of Darts.

Smith's run to the final of the 2018/19 World Championship helped him move ahead of James Wade and Dave Chisnall into sixth on the PDC Order of Merit to secure his place in the England line-up.

The 2018 Premier League runner-up will team up with former World Champion Rob Cross for the first time on Friday as they take on the Philippines, and Smith can't wait to pull on his England shirt.

"I can't wait to represent my country, it will be one of the proudest moments of my career,"said Smith.

"Even if I were to fall down the rankings in later years and this turns out to be the only chance I get to play for England, I will always look back on it with pride.

"Everyone wants to represent their country in any sport, and last year I was doing everything I could to get into the team, it was one of my biggest aims.

"I've always played pairs matches in local competition and over the last couple of weeks I've been playing lots of pairs matches to get myself used to playing that format again.

"I think we've got a good chance of doing well, Rob had a great Premier League season, while I didn't play badly but my doubles let me down.

"My scoring was there but I needed about 12 darts at double to win a leg, which wasn't an accurate representation of how good I actually am on doubles and now I need to prove that."

The BetVictor World Cup of Darts will be held from June 6-9 at the Barclaycard Arena in Hamburg, Germany.

Broadcast live on Sky Sports, the tournament will see 32 countries represented by two players each in the unique event which features both doubles and singles matches.