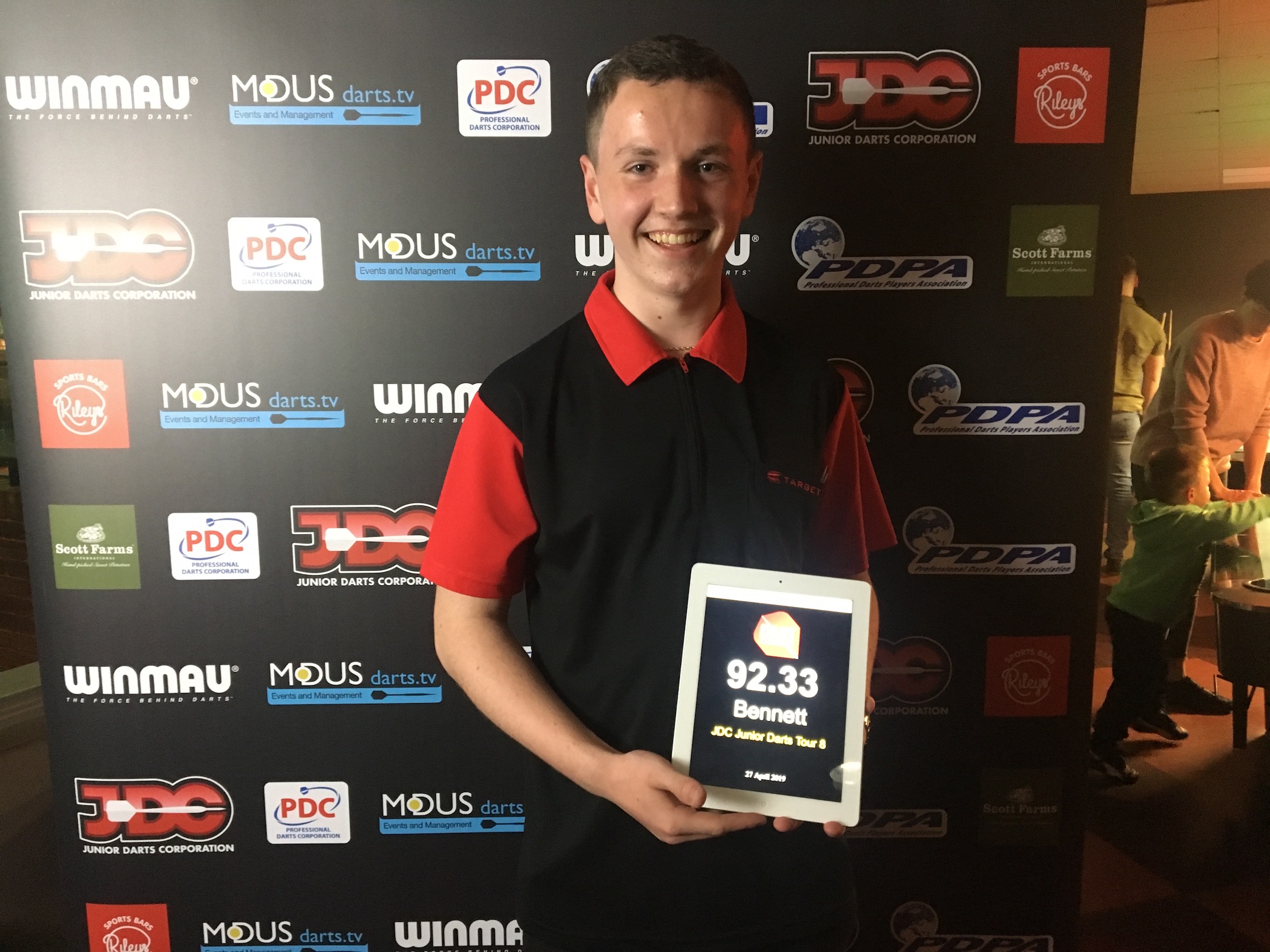 LEIGHTON BENNETT and Harry Gregory were victorious on the final weekend of JDC Scott Farms International Tour on Saturday afternoon in Worcester.

All 32 qualifiers for this September’s JDC Junior World Darts Championships were also confirmed, along with Team England members and the 2020 PDPA Development Tour scholarships on an eventful day of action for the JDC.

In what has been a breakthrough year for Bennett, he secured his sixth JDC tour victory of 2019.

The teenage sensation improved game-by-game en route to the title, eventually averaging 95.4 in the final in his 5-2 victory over Harry Gregory.

Victories over Luke Simmons and Alfie Jacques saw Bennett reach the final where he dispatched of Cambridgeshire’s Connor Arberry in lightning quick fashion.

Following his loss to Bennett in Event One, Gregory recovered with a series of superb displays in Event Two.

He made light work of Joshua-James Powell and former Worlds’ finalist Lennon Cradock in the early rounds, before edging past Luke Littler at the semi-finals stage.

Table-topper Bennett bowed out of the competition at the last 16 stage to Luke Simmons, as the Sudbury thrower exacted his revenge for the earlier result.

This set up a final with Brad Phillips, who had reached the final following victories over former tour finalists Henry Coates and JDC All-star Nathan Care earlier in the day.

After averaging 98 in the previous two rounds, Gregory carried this momentum into the final match of the day where heavy scoring and clinical doubling saw him seal his second JDC tour title of the season, confirming his place on Team England in the process.

Joining Gregory on Team England for this Autumn’s JDC World Cup in Gibraltar will be Bennett, James Beeton and third-placed Keelan Kay.

Bennett, Kay and Beeton will also receive Junior Darts Corporation all-star status for their exploits on the Scott Farms International tour in 2019.

Thanks to the PDPA Scholarship system, Beeton and Kay will also receive free entrance to all 20 PDC Development Tour events in 2020.

You can find out more about the JDC, and view the final order of merit for the 2019 Juniors Darts World Championships at www.juniordarts.com