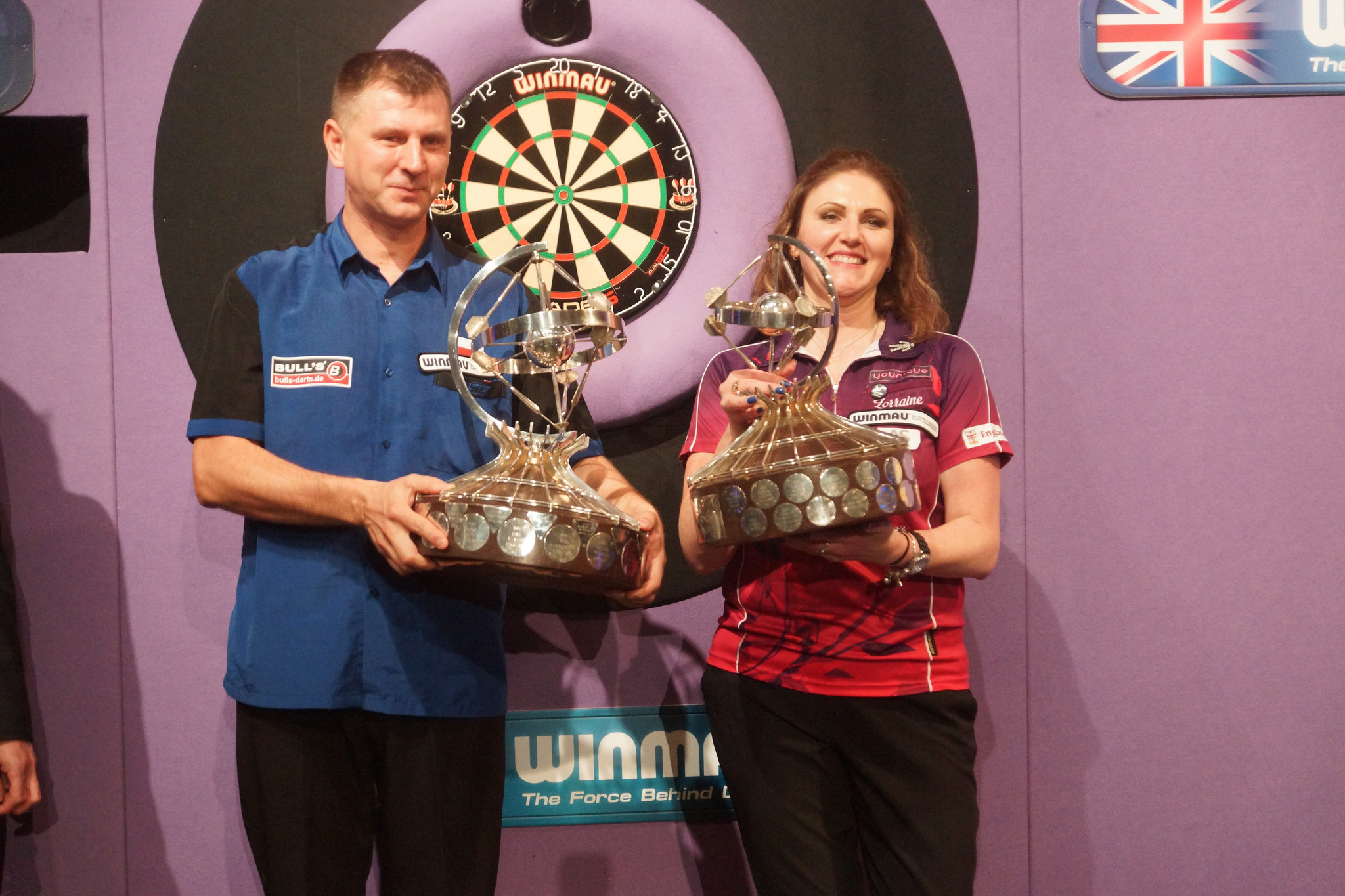 Some of the best players on the BDO-circuit will descend on Bridlington Spa next week in a bid to become the 45th Winmau World Masters champion and claim victory in the world’s longest running darts major.

The Winmau World Masters is the culmination of a year-long battle which has seen players travel across Europe to compete in events and earn enough British Darts Organisation (BDO) ranking points to qualify.

Now, with the qualification deadline up, we can reveal all 16 mens and four ladies seeds.

Sitting in the number one seed position, once again, is two-time and reigning BDO World Champion, Glen ‘Duzza’ Durrant who is also a two-time back-to-back Winmau World Masters champion in 2015 and 2016.

The number two seed place goes to England’s Mark McGeeney who will be hoping to go one step further having finished runner-up in the Winmau World Masters over the last two years.

Topping off a fantastic year is Welshman Jim Williams who will go to Bridlington Spa as third seed where he hopes his recent form will take him towards his first BDO major having reached the quarter finals in the competition in 2012 and 2017.

Two-time Winmau World Masters semi-finalist, Wesley ‘Sparky’ Harms takes the fourth seed position ahead of Team Winmau’s World Champion, Scott Mitchell who reached the Masters semi in 2016. Just behind him is Team Winmau stablemate and two-time world champion, Scotty ‘Too Hotty’ Waites who was the 2011 winner.

In the ladies competition, Lorraine Winstanley, the 2017 Winmau World Master, will travel to Bridlington Spa as the number one seed ahead of four-time and reigning BDO world champion, Lisa Ashton, herself a winner of the competition in 2011.

Deta Hedman, a two-time winner of the competition in 1994 and 2013, rounds out an all-England top three. She’s followed by Russia’s Anastasia Dobromyslova, a 2014 Winmau World Master and three-time World Champion in the fourth seed position.