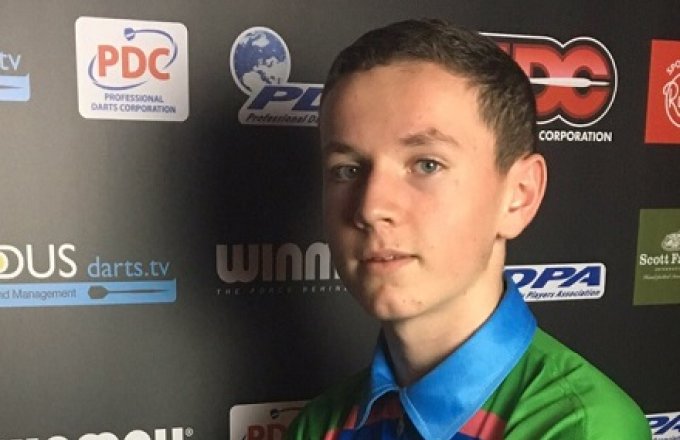 Bennett, who had already won three times on the JDC tour in 2019, set a new record en route to securing his fourth title in six months.

The 13-year-old nailed a 112.7 average in his quarter-final victory over Luke Littler, the highest seen on the JDC tour since it’s inception in 2015.

Bennett's incredible record on the JDC circuit was pronounced as he dropped just two legs in winning the second event of the day in Manchester.

Bennett got the ball rolling with a straightforward victory over Harry Smith, before dispatching of Alfie Jacques 3-1 in the second round.

A 95 average was enough to see off the fast firing Harry Gregory in the last 16, before his sensational 112.7 average sealed his semi-final place against the aforementioned Littler.

He would whitewash an impressive looking Jack Boardman in the final four, setting up a meeting with the days surprise package Mitchell Leeming for the title.

Worcester thrower Leeming had survived match darts in the previous two rounds but did not have such luck against the rampant Bennett.

Two maximums and a 120 finish allowed the now four-time JDC tour champion to romp to victory and compensate for his previous defeat to Henry Coates in Event Seven.

Blackburn's Nathan Care was also crowned a JDC tour winner earlier in the day as he defeated Coates in a pulsating final.

The 14-year-old showed tremendous maturity throughout the tournament, holding his nerve in three consecutive last-leg deciders as he reached his second final in the JDC.

He would face a resurgent Coates in the final after the Derby-based thrower hit the bullseye for a 127 combination to dump Bennett out of the competition.

Coates would not be able to produce the heroics of his win over Bennett in the final as Care took his inaugural JDC title.

Despite the first two legs going with throw, Care would turn on the afterburners to lift himself up the JDC Order of Merit and seal a place in the Scott Farms International Junior Darts World Championship in Gibraltar in September.

For more information about the JDC please visit www.juniordarts.com.