How The European Tour Has Changed Darts

News
>
How The European Tour Has Changed Darts 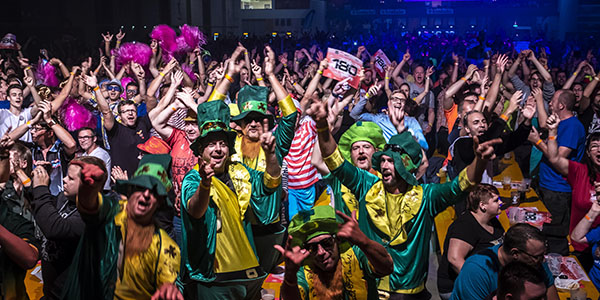 Christopher Kempf, the statistical analyst of the PDC, takes a look at how the European Tour has changed professional darts for the better.

Before 2012, opportunities to play darts in PDC stage events were very limited.

Only the highest-ranked players could consistently qualify for televised events, and the other 100+ tour card holders would consider themselves fortunate if they managed to qualify for a European Championship or fight their way through to a televised match in the UK Open.

Advancement into the upper echelons of darts was only possible, in general, for those who had scraped together enough ranking income from Players Championship quarter-finals and semi-finals to place them high enough on various Orders of Merit and secure those rare qualification opportunities.

Much has changed in darts since the introduction of the PDC's European Tour, but its six-year presence on the PDC calendar, its generous prize fund, and its 2019 expansion to 13 events in six countries have revolutionised how careers are made in professional darts.

With a second route to the televised events now available (and the only possible route to the £400,000 European Championship), it is now less important for a player to squeeze every possible pound out of floor events.

Even losing a second-round match to a seeded player in a European Tour event guarantees a player £2,000; as much as would be earned by reaching the quarter-finals and winning as many as seven matches in a UK Open Qualifier.

Since winning matches in European Tour qualifiers, while difficult, is not as challenging as it would be in a regular floor event due to the automatic qualification of the ProTour top 16, players who do advance from their regional qualifier can double or even triple their ranking earnings, dart for dart, compared to those who don't.

While Gibraltar's population is too small to dominate the world rankings, and the Netherlands has never had difficulty stocking the Order of Merit with excellent players, Germans and Austrians have risen to prominence in recent years in no small part due to Host Nation Qualifiers in European Tour events.

Six years ago, those nations' top-ranked players were Jyhan Artut (#63) and Mensur Suljovic (#49); now Max Hopp of Germany is a European Tour champion and is joined in the top 64 by his young countryman Martin Schindler, and Suljovic is now a two-time TV event winner, ranked sixth in the world.

With so many PDC events taking place in Great Britain, these new qualification routes have improved the accessibility of the professional game to players from across Europe.

In professional darts circa 2012, it was not possible for players such as Luke Humphries and Christian Bunse to gain experience playing in stage events; now there are 13 such opportunities to play in front of crowds as boisterous as any seen on television.

Making the change from total silence in daytime events in Wigan or Milton Keynes to songs, chants and partisan cheers in large continental arenas, often late in the evening, is understandably difficult for many players, and their three-dart averages tend to suffer as a result.

Resisting that trend, and recording higher averages than one would expect from that players' floor performance, is an indicator of a likelihood to excel on the biggest stages in darts.

Who are the players most likely to hit the targets that count, with thousands of pounds on the line and a worldwide audience joining the thousands of European fans watching live?

First on the list is Joe Cullen, whose phenomenal success in 2018 has been in no small part due to his eight quarter-finals and two semi-finals reached on the European Tour.

Among players throwing 1000 darts or more on the European Tour this year, no one has improved his game more on stage relative to the floor; Cullen's average on stage is 4.3 points higher than his average to date in Players' Championship events.

James Richardson has also excelled in 2018 by virtue of his 3.22 point improvement in average on the European Tour; his £7,000 earned from only two European Tour events is more than the sum of all his earnings in the 26 floor events this year to date.

Consider also Ritchie Edhouse, a player who, by his ranking alone, would struggle to qualify for most stage events. Yet, in September he earned the biggest prize of his career (£6,000) for reaching the Dutch Championship semi-final, equating to a year's worth of work in floor events. His average on the European Tour has been 3.04 points higher than his average on the floor.

Setting Michael van Gerwen's dominance to one side for the moment, the 2018 European Tour has been remarkable for an infusion of new finalists and champions.

With so much new talent reaching Euro Tour finals, it is surely a matter of time before they begin to win televised events as well.