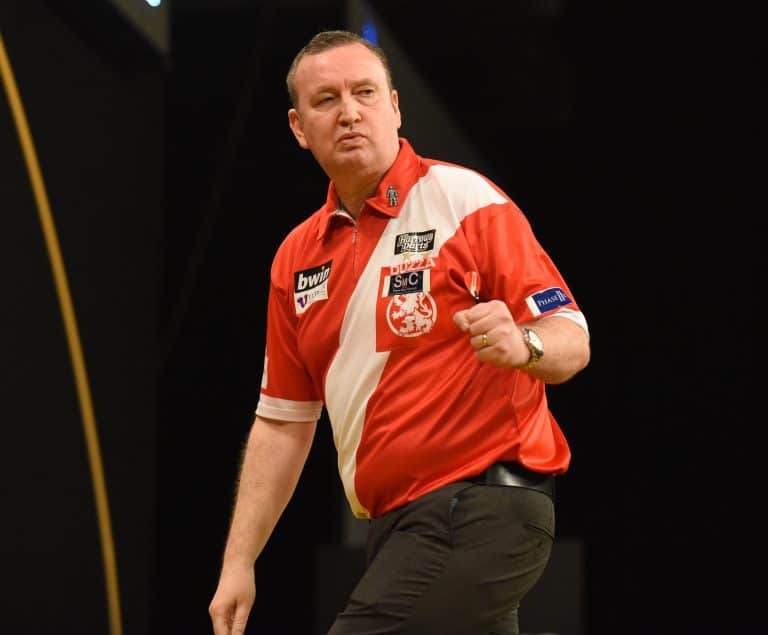 Glen Durrant is ready to hit yet another high in a remarkable career.

The three-time back-to-back Lakeside champion is already making a mark in the PDC. Durrant battled through to the final of Players Championship 2, with Dave Chisnall narrowly denying him a maiden PDC title. After Gary Anderson withdrew from the Premier League, Durrant was drafted in as one of the nine ‘contenders’ to replace the Scot. The Middlesbrough ace will feature against Daryl Gurney in Glasgow. For ‘Duzza’, it is another major career milestone.

“I’m on cloud nine at the moment and I’m going to enjoy every second of the experience,” he told pdc.tv.

“When I walk out on Thursday it will be up there with one of the best moments of my darts career and I want to give a great account of myself. If I don’t enjoy it then I shouldn’t be playing darts!”

Chris Dobey was the first ‘contender’ to appear in the Premier League. His 6-6 draw with Mensur Suljovic is a reminder that the nine unique match-ups won’t be a formality. Durrant, tipped by many as a possible permanent Anderson replacement, will have a good chance against Gurney. But Durrant expects nothing but a battle against the Northern Irishman, who lost 7-4 to Gerwyn Price on Week One.

“Watching Chris Dobey’s walk-on in Newcastle last week was an unbelievable, spine-tingling moment and it would mean the world to me if the crowd got behind me on Thursday.

“Daryl will give me an incredible tough game, he walloped me with a 114 average at an exhibition recently, but for me it’s a real bonus to be playing in the Premier League and I’m going to grasp it with both hands,” Durrant said.

There was plenty of intrigue surrounding Durrant’s Pro Tour bow. Players Championship 1 ended abruptly for the Teessider, with Alan Tabern running out a 6-5 winner. But Sunday’s showing saw Durrant defeat the likes of Peter Wright and Joe Cullen en route to the final. A stunning 170 checkout gave the BDO world champion a shot at glory, only for Chizzy to snatch the title.

“When I landed the 170 in the final I could hear a few gasps in the arena from those who were watching on the screens in there, which was a great moment but unfortunately I didn’t quite get the win in the final,” mused the 48-year-old.

“I definitely felt like I made a statement at the weekend; getting to a final cements the fact that I will bring something different to the party and that I can compete with the best.

“I found out that I was the most watched player of the weekend, which brought it home to me how much interest there is which is very flattering, but in another way I’m also looking forward to a time when the pressure is off me a bit.”