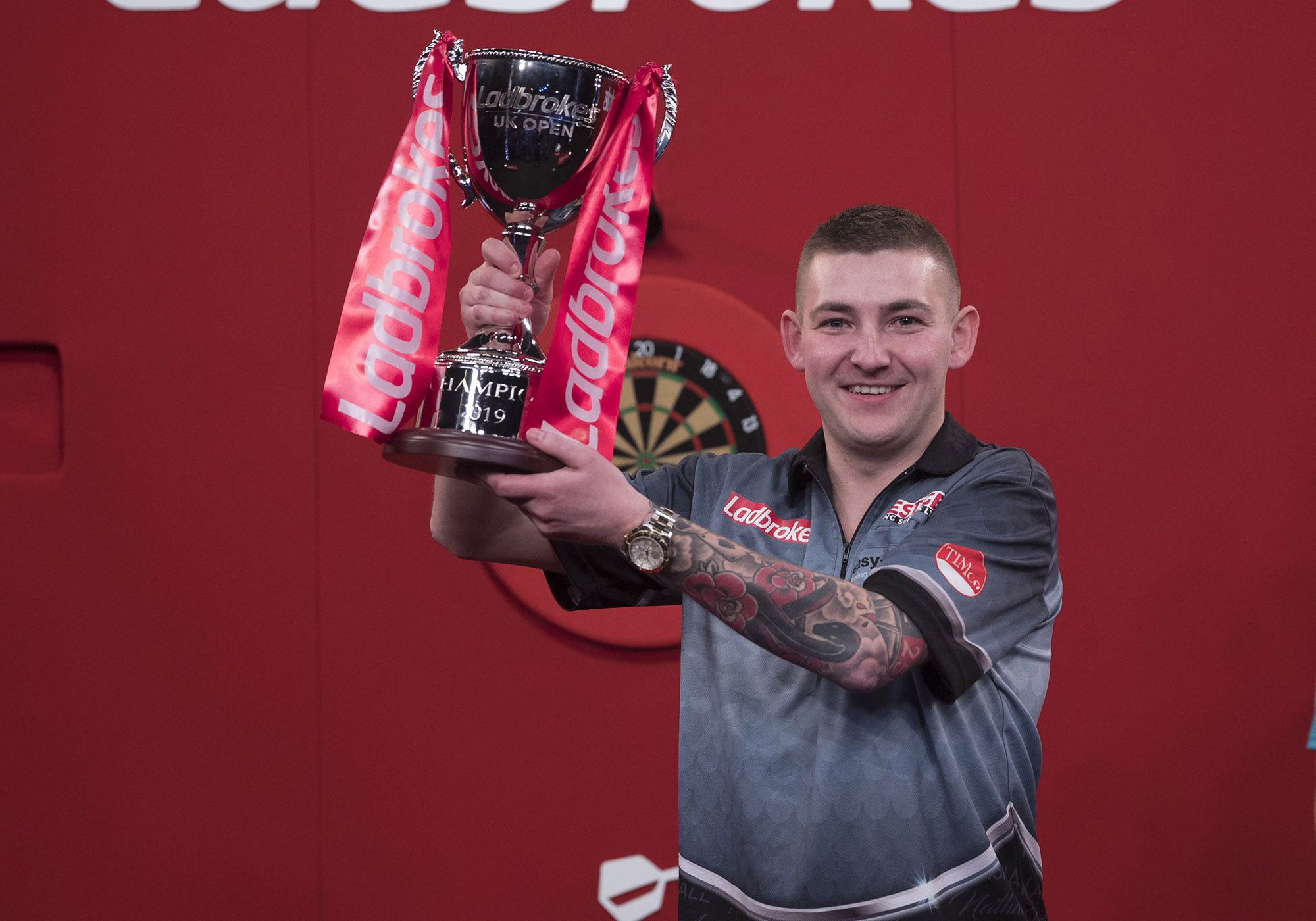 NATHAN ASPINALL is to make his World Series of Darts debut in July after competitors for this year's international events were confirmed.

Aspinall followed up his run to the World Championship semi-finals by winning the 2019 UK Open last month ahead of his Contender appearance in the Premier League.

The Stockport youngster will now step onto the global stage after being confirmed as one of the eight PDC competitors for July's US Darts Masters in Las Vegas.

The US Darts Masters - the first of the year's five international events on the World Series of Darts circuit - will also feature eight North American players following qualifying events on July 2-3.

Austria's Mensur Suljovic will defend his title at the German Darts Masters on July 12-13 as the sport's top stars return to Europe for the third staging of that event.

The World Series of Darts will continue with an Oceanic treble-header during August as the leading players in the sport head Down Under.

Cross will defend the Brisbane Darts Masters title on August 9-10 as the BCEC plays host to the World Series of Darts for a second successive year.

The Melbourne Darts Masters, at The Melbourne Arena on August 16-17, will then see Wright defending the title he claimed 12 months ago.

That pair will be joined in all three of August's events by Van Gerwen, Anderson and Gurney as well as the Australian trio of Simon Whitlock, Kyle Anderson and Corey Cadby.

In addition, top New Zealander Cody Harris has been invited to compete in the NZ Darts Masters, presented by Burger King and TAB, with Hamilton's Claudelands Arena hosting the World Series of Darts for the first time on August 23-24.

Further competitors for the events in Brisbane, Melbourne and Hamilton will be confirmed in due course, with other leading PDC players set to be joined by qualifiers from Australia and New Zealand.

Ticket information for all events is available at this link.