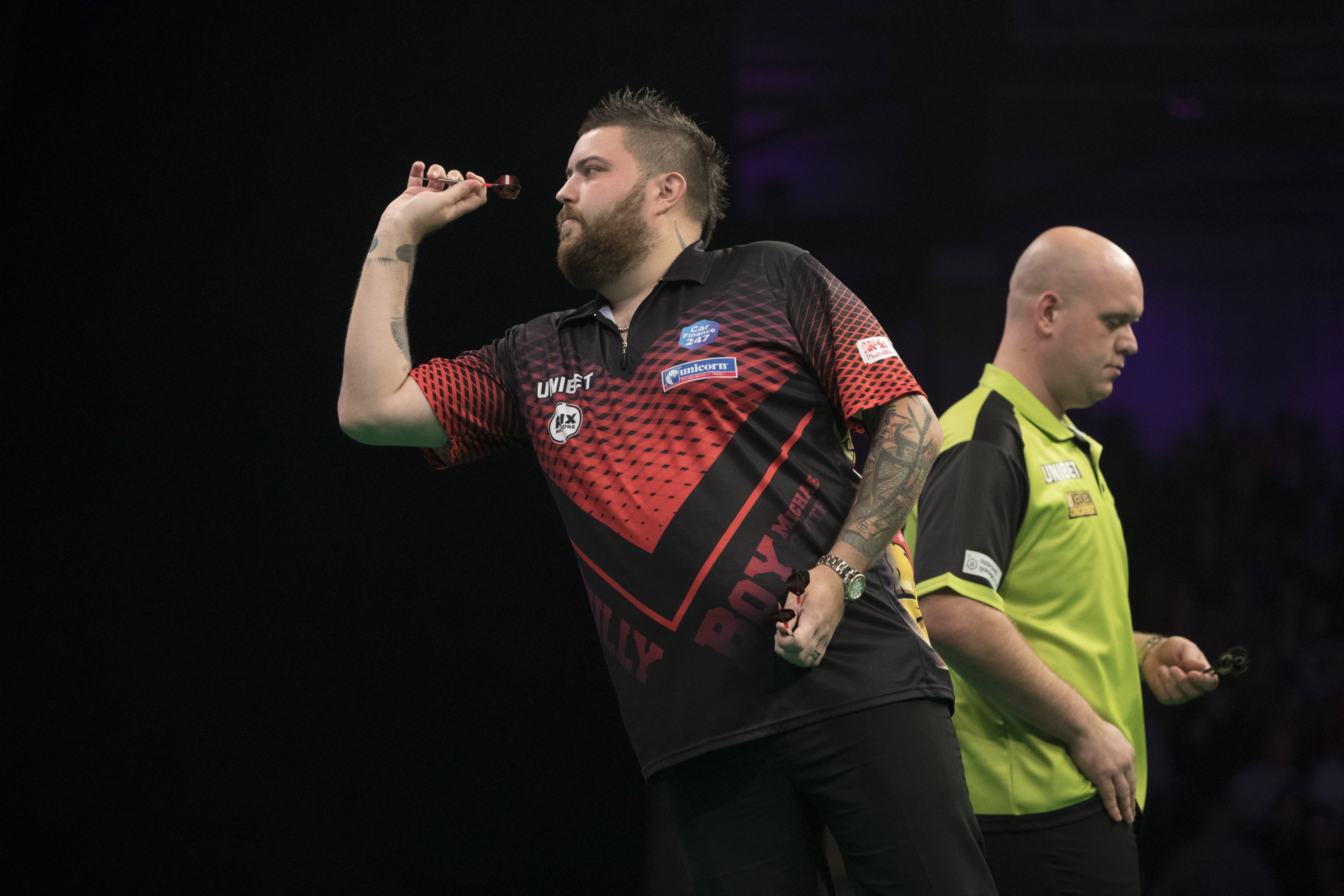 THE 2019 Unibet Premier League continues with Night 11 at the M&S Bank Arena in Liverpool on Thursday, as Michael van Gerwen and Michael Smith face-off in a repeat of the 2018 final.

Van Gerwen produced a sensational 112.37 average in his 11-4 defeat of Smith in last year's showdown at The O2 to lift his fourth Premier League title, and the Dutchman repeated the feat in the 2018/19 World Championship Final.

The opening night of the 2019 in Premier League in Newcastle saw Van Gerwen and Smith collide in yet another big occasion between the pair, with Van Gerwen once again prevailing 7-5.

Van Gerwen has topped the pile every year since his 2013 debut season but currently sits in second place behind Rob Cross, and the world number one knows the pressure is on to maintain his proud record.

"It won't be an easy game against Michael," said Van Gerwen, who recovered from 5-1 down to salvage a 7-7 draw with Gerwyn Price in Belfast on Night Ten.

"In our first game it was very close but I found a brilliant leg at the end and that can make all the difference.

"I'm feeling good and I feel like I can make a really good performance and it should be a great game if we both play like we can."

Meanwhile, Smith believes he has no more margin for error if he is to reach the Play-Offs for a second successive season.

Smith has struggled to hit the heights of his memorable 2018 Premier League campaign, with just eight points to show from his ten games this campaign seeing him rooted to the foot of the table.

"I've got to win all the games left now. I can do it, I know I can because I've done it before," said Smith, who famously whitewashed Raymond van Barneveld 7-0 in Liverpool in 2018.

"It's getting harder to tell myself I'm not playing badly, but I had a killer instinct last year which I need to find again if I'm going to turn this season around.

"I'll keep on fighting, I've had the benefit of a few days resting at home ahead of a big night in Liverpool where I'll be giving absolutely everything to win."

With six games remaining for the eight remaining players, the battle is intensifying for the four places in the Play-Offs at The O2 on May 23.

Table-topper Cross has been in scintillating form in his second Premier League campaign, winning six of his last seven outings, and his next assignment sees him face 2017 finalist Peter Wright, who currently sits two points outside the top four in seventh.

Former World Champion Cross is feeling confident of sustaining his high level of performance for the remaining six matches of the season and ending it with back-to-back Play-Off appearances.

“I believe I’m better this year. I’m not fighting myself to grind out results like I was this time last year," said Cross, who will open the show in Liverpool against Wright on Thursday night.

"I spent a lot of last year as a sponge, learning about playing at the top level of the sport week-in, week-out but I didn't really develop as I would've liked but this year I'm improving.

"Peter was world number two for a long time, he's a player I would never take for granted. If I take my chances I'll win but if I don't I'll lose - it's as simple as that."

Third-placed Mensur Suljovic comes into Night 11 on the back of four wins from his last five Premier League matches, but he faces Price, who will be hoping to repeat his Night Five win over Suljovic to stay in the Play-Off hunt.

James Wade and Daryl Gurney are tied on 11 points in fourth and fifth place respectively, with Gurney out to avenge his shock 7-0 loss to Wade in Aberdeen.

Night 11 of the Unibet Premier League in Liverpool will be shown live on Sky Sports, worldwide through the PDC's broadcast partners, and through video.pdc.tv for Rest of the World Subscribers.

Odds via www.unibet.co.uk and correct at time of writing. Subject to fluctuation.