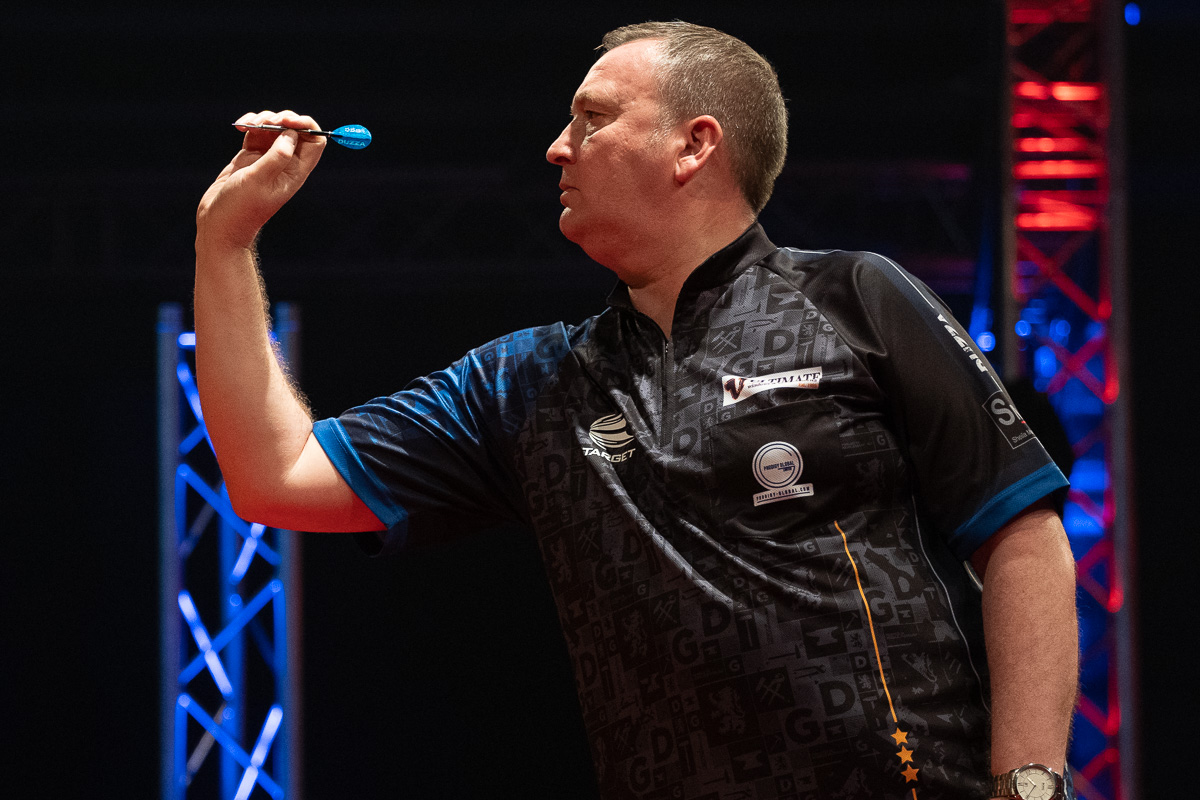 WITH seven players set to make their Betfred World Matchplay debuts in just over a week's time, we take a closer look at who could light up the famous Winter Gardens stage.

Since unexpectedly winning his first PDC event in Barnsley in September 2018, Aspinall hasn't looked back and will become the first player since Paul Nicholson in 2010 to make his World Matchplay debut as a seeded player.

The Stockport man made his mark on the world stage by reaching the semi-finals of the 2018/19 World Championship, before sensationally claiming his first TV title at the UK Open in March.

Aspinall continued his meteoric rise with a second successive televised title in Las Vegas earlier this month, and will be seeking a third TV crown in as many attempts in Blackpool.

Despite not holding a PDC Tour Card, Ratajski made a huge impact on the PDC ProTour in 2018, winning three titles, including back-to-back Players Championship events across a weekend in October 2018.

The Pole made it four ProTour titles in less than 18 months in June 2019, and will now be looking to make his mark on the big stage by reaching his first TV quarter-final.

Widely recognised as the fastest thrower in the sport, the last ten months have seen Evans make significant progress up the PDC Order of Merit.

Known for his unique walk-on routines, Evans reached his first European Tour final out of the blue in September 2018, which in turn earned him a place in the World Grand Prix for the first time the following month.

Since making his long-awaited move to the PDC in January this year, three-time Lakeside champion Durrant has made a huge impression, winning two ProTour titles to secure his dream of playing at the Winter Gardens.

Despite having just six months' worth of prize money on his ranking, Durrant has qualified for the event as the third highest ProTour Order of Merit Qualifier.

Like Durrant, Hughes has also qualified for the tournament on the back of just six months on the PDC tour, however his path to the top has not been quite as straight-forward.

Having failed to obtain a Tour Card at the first attempt in January 2018, Hughes plied his trade on the Challenge Tour before securing his place on the ProTour for 2019.

Since doing so, Hughes has made a huge impact, frequently recording high averages which culminated in the Tipton man winning the inaugural Czech Darts Open in Prague at the end of June to sensationally World Matchplay debut with his very last chance.

Four-time ProTour finalist Dobey has accelerated his emergence onto the world scene in the last 12 months, reaching the quarter-finals of the Players Championship Finals before going down to a narrow defeat to Gary Anderson in the last 16 of the World Championship.

The Geordie fans' favourite lit up the opening night of the 2019 Premier League in Newcastle as the first Contender, a night which spurred Dobey on to impressive results on the ProTour, including a run to the final of the Danish Darts Open in June.

Former Lakeside runner-up Noppert has made continued progress since securing his Tour Card for the first time in January 2018.

The Dutchman, who has only been playing competitive darts since 2012, reached two European Tour semi-finals before winning his first PDC title at a Players Championship event in September 2018.

Noppert made his World Grand Prix the following month, then going on to reach the final four of the Players Championship Finals and continuing his impressive ProTour form in 2019.

Tickets for the 2019 Betfred World Matchplay are still available.