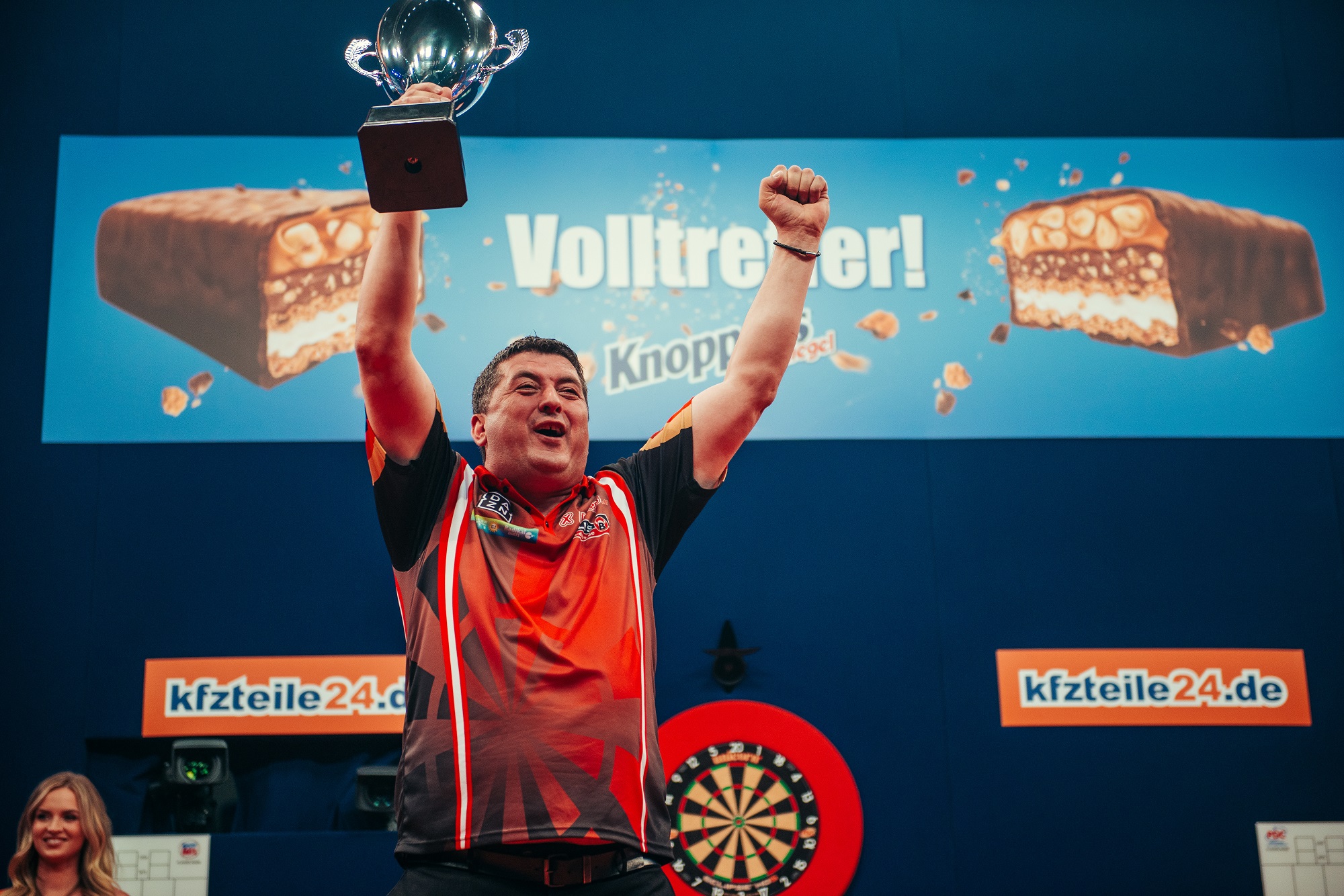 THE third German Darts Masters begins on Friday and sees Mensur Suljovic bidding to retain his title in the two-day PDC World Series of Darts event in Cologne.

Austrian Suljovic was victorious in front of a world record crowd in Gelsenkirchen last year when the World Series returned to Germany.

Suljovic's memorable success was his second big-stage title as he defeated Dimitri Van den Bergh in the decider, and he opens his challenge to defend the title against Maik Langendorf on Friday.

"I've enjoyed the German Darts Masters for the last two years and to win it in 2018 was a really special moment for me," said Suljovic. "It was a fantastic tournament and one of the highlights of my career.

"It would be special again this week if I was to win and I know it's very hard because it's the best players in the world. I can't wait to play in front of the huge German crowds again."

The World Series of Darts event has moved to Cologne's Lanxess Arena in 2019, where German number one Max Hopp will be leading the challenge of eight home representatives.

Fast-emerging Gabriel Clemens - who now sports the "German Giant" nickname - will be aiming to secure a big-stage win over five-time World Champion Raymond van Barneveld, who continues his final year before retiring with an appearance in Cologne.

Following Friday's first round, the PDC World Series of Darts event concludes on Saturday with the quarter-finals, semi-finals and final in one session at the Lanxess Arena. For tickets, please visit www.eventim.de.

The German Darts Masters is the second of five international events on the World Series of Darts circuit, following last week's US Darts Masters and preceding the August treble-header in Brisbane, Melbourne and Hamilton.