WHITLOCK AFTER THRILLING VICTORY AGAINST HENDERSON TO REACH SECOND ROUND: ‘THAT WAS A FANTASTIC GAME’

News
>
WHITLOCK AFTER THRILLING VICTORY AGAINST HENDERSON TO REACH SECOND ROUND: ‘THAT WAS A FANTASTIC GAME’ 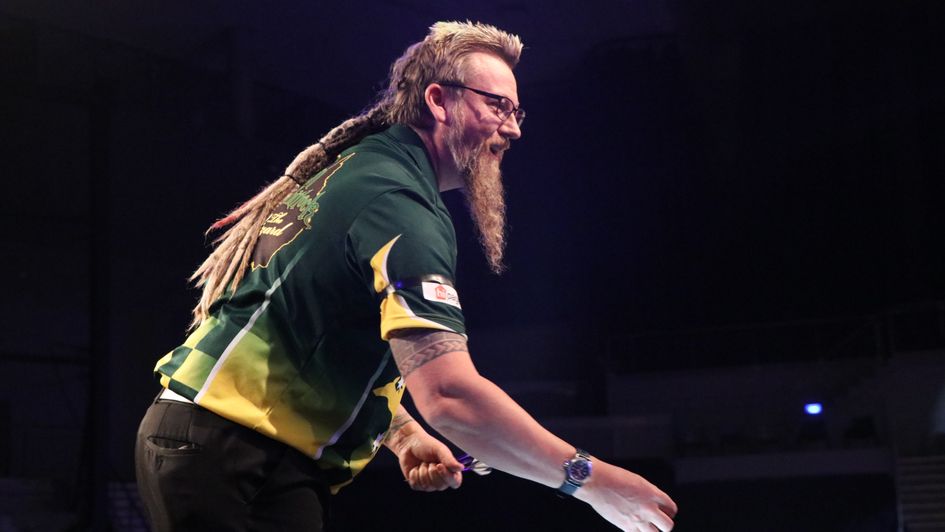 Simon Whitlock claimed victory over John Henderson in a thrilling tie on Monday night which saw ‘The Wizard’ just edge out ‘The Highlander’ and move into round two.

Whitlock spoke afterwards and gave massive credit to his opponent with him also calling it a fantastic game. He added that he’s felt really good in practice and feels good on the stage.

“That was a fantastic game,” said Whitlock. “Hendo is the nicest guy on tour but, jeez, can that guy play darts!

“I felt so good in practice and I’ve been pretty good in Blackpool. I feel comfortable on this stage.”

Whitlock has been struggling with tendinitis around his elbow and said that it’s good now but that he’s been restricted in the weeks prior to the tournament: “I’m good now. It’s really affected me in the last few weeks and I’ve been a bit restricted.”

Click here for more information about the World Matchplay, including the prize money breakdown, schedule and format.