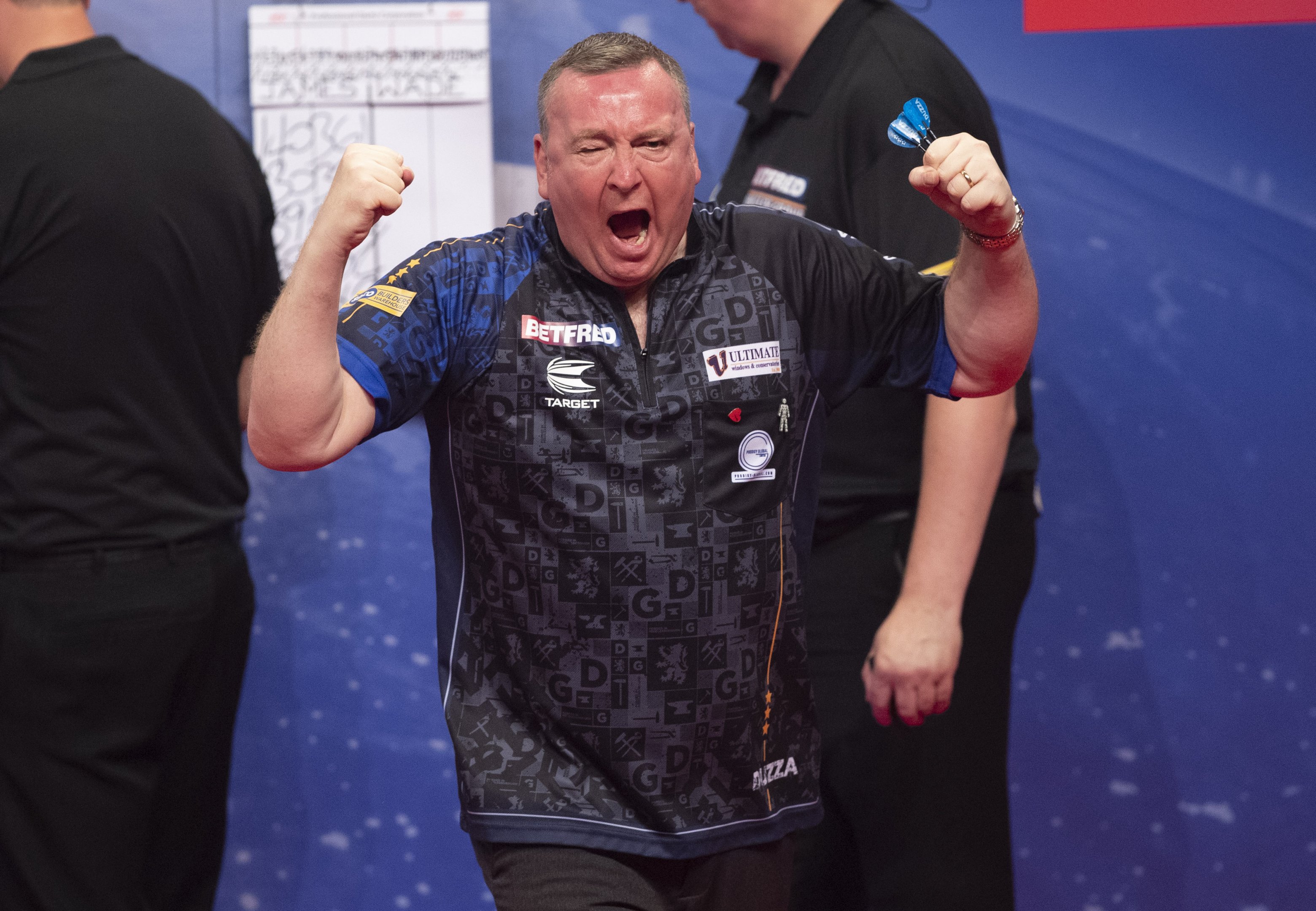 GLEN DURRANT and Michael Smith will meet in the semi-finals of the 2019 Betfred World Matchplay after coming through their quarter-final ties on Thursday in Blackpool.

An emotional Durrant savoured the moment of the Winter Gardens crowd singing his name after his convincing 16-7 win over James Wade, while Smith ran out a 16-11 victor over Mervyn King.

A Blackpool debutant coming into the tournament, Durrant continued his incredible run by following up wins over Adrian Lewis and Michael van Gerwen with another memorable success, and the Middlesbrough man is now dreaming of lifting the Phil Taylor Trophy.

"At the start of the tournament I just wanted to prove to the PDC crowd that I could handle playing on this stage, and now I'm daring to dream of the title," said Durrant.

"I'm absolutely ecstatic, I'm living the dream right now. I think the crowd are taking to me because they see an ordinary man who is having a whale of a time.

"I'm having a wonderful week, that's the best way I can describe it. It's such a special moment for me, it's life-changing."

A shaky start from the three-time Lakeside Champion saw Wade take the opening two legs, only for Durrant to break straight back to go into the first break 2-3 behind.

The next three legs went with throw, before Durrant pinned the bullseye for a 91 checkout to break throw and take the lead for the first time, a lead which he kept for the rest of the match.

Durrant warmed to his task and took nine of the next 11 legs, capitalising on a below-par display from Wade, to go within two legs of the match at 14-6.

Wade managed to get one more leg on the board, but was powerless to stop the Durrant onslaught, as the 49-year-old sealed the win in style with two double tops for a roof-raising 137 checkout.

Earlier in the night, Smith became the first player to reach the semi-finals thanks to a 16-11 win over King.

World Championship runner-up Smith, who had failed to make it past the Last 16 stage in his previous six Blackpool appearances, got off to a perfect start, winning the opening two legs in 23 darts on his way to a 5-1 lead.

King rallied, winning the next three legs in 18 darts each to reduce the deficit to one leg, only for Smith to hold and then break back immediately to restore his three-leg cushion.

Again King came back, this time winning four legs in succession to take the lead for the first time at 8-7, only for Smith to produce another two high-class legs of 11 and 12 darts to go back in front.

The next seven legs all went with throw, including a bizarre leg which saw 22 missed darts at double, before Smith struck a pivotal 11-dart break to go 14-11 in front.

That turned out to be the crucial point in the match, as Smith dashed to the finish line without losing another leg, sealing a big victory in his career with a 114 checkout.

"It feels good to be in the semis but I want to get to the final and have the chance to lift the trophy now," said Smith.

"In the first session I felt on top of the world and in the next two sessions I felt like I was at the bottom of the world. I had to concentrate and I did some important throws on my throw and a couple of 180s on his to get the breaks.

"Mervyn's a quality player and has been a good friend. He's always helped me along when I needed advice and I'm thankful for someone like Mervyn - one of had to win and I'm just glad it's me."

The quarter-finals conclude on Friday with a tie between Rob Cross and Stephen Bunting, before Daryl Gurney and Peter Wright face off for the fourth semi-final spot.

With 2007 champion Wade now knocked out, there will be a new name on the Phil Taylor Trophy on Sunday night, with Durrant the new 5/2 tournament favourite with sponsors Betfred, ahead of Cross (11/4), Wright (3/1) and Smith (4/1).