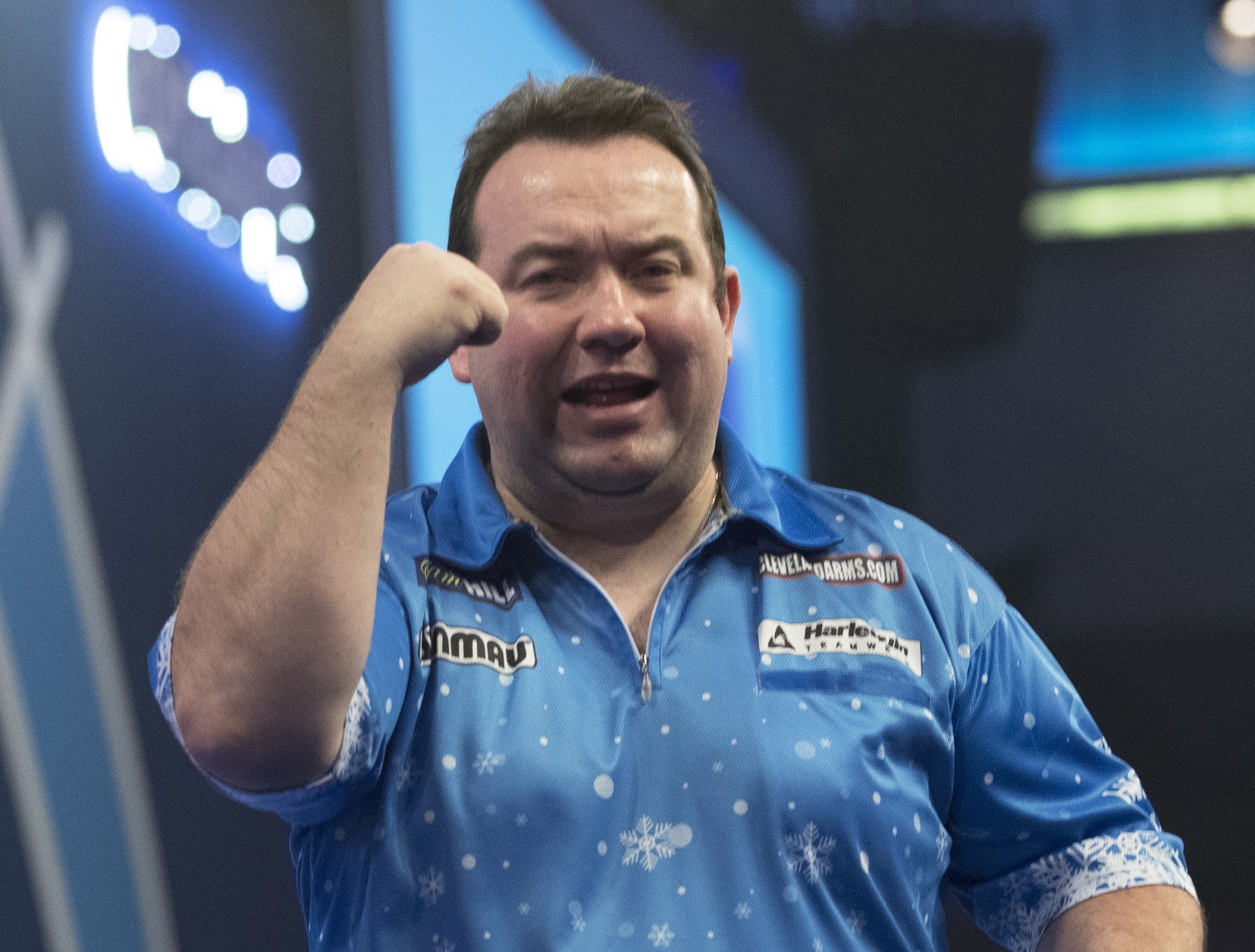 The Northern Irish ace has slipped out of the world's top 32 in recent years, having previously reached the 2011 World Grand Prix final before winning five ranking events in 2013 and 2014.

A run to the World Championship quarter-finals in December had been a much-needed boost for Dolan, and he came through the 128-player field in Hildesheim to take the £10,000 Players Championship top prize.

He opened his day with a 100 average in edging past Jeffrey de Zwaan 6-5, and after seeing off Alan Norris and Chris Dobey, Dolan then averaged almost 107 to defeat Dave Chisnall 6-5.

The opening stages of the final proved tight as Dolan and Wattimena shared the opening four legs, before a 13-darter saw the Northern Irishman break in leg five.

Wattimena finished 86 to break back and level, but a superb 11-darter from Dolan sparked a run of four straight legs as he moved one away from victory at 7-3.

Wattimena landed 180s in the next two as legs of 13 and 14 darts saw the Dutchman battle back, but Dolan finished 108 to emotionally secure the title.

A tearful Dolan admitted: "I just can't believe it. It's brilliant, absolutely brilliant.

"I've worked so hard and I haven't got results out of it. Yesterday, the way I played was unbelievably bad and I sent my wife a text. She told me to wise up.

"I used to always say that if I get past the first round then I'm dangerous. I've tried really hard this last 18 months and not got the results, but I've performed really well.

"I think I've got the luck on the day today and it's just great to get a win."

Dolan's last title came in Dublin in October 2014, and he added: "To be honest, I can't remember five years ago! I really couldn't remember how to win and today it was about saving face.

"This game's all about pressure, mental pressure. I pressurise myself all the time, and my wife told took all the pressure off me and told me just to play darts."

Wattimena's run on the day saw him reach a second Players Championship final of the year, but the World Cup representative was again left waiting for his first ranking title.

He overcame fellow countrymen Christian Kist and Jelle Klaasen in his opening two games, before seeing off Ryan Joyce and Gabriel Clemens.

Wattimena then missed double 12 for a nine-darter during his 6-2 quarter-final win over Steve Beaton, before coming from 4-0 down to win his semi-final 7-6 against Mensur Suljovic - claiming a first career victory over the Austrian.

Suljovic had won through to his first Players Championship semi-final for nearly two years, while New Zealand's Harris was appearing in the last four on the ProTour for the first time.

Harris recently won his second Challenge Tour title, and warmed up for his appearance in the forthcoming NZ Darts Masters, presented by Burger King & TAB, with five wins on Sunday, including a 6-4 quarter-final defeat of Saturday's winner, Krzysztof Ratajski.

With World Series of Darts events taking place over the next three weeks in Australia and New Zealand, the ProTour will now enjoy a summer break.

The Austrian Darts Championship will see the European Tour return from August 30-September 1 in Vienna, with the next Players Championship events taking place on September 10-11 in Barnsley.

See full results in the Match Centre at this link.

Match stats can be seen through DartConnect at this link.