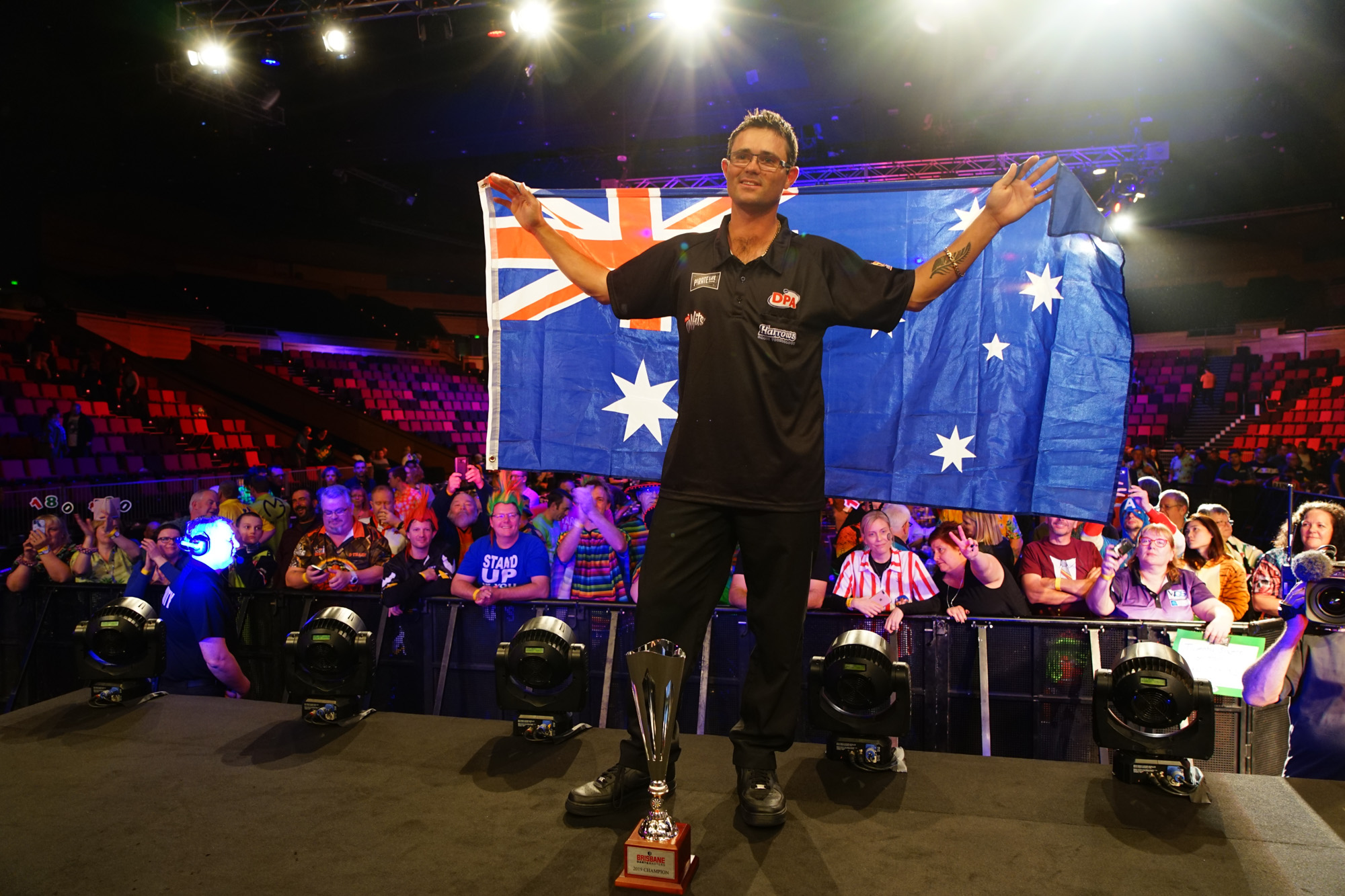 Damon Heta is plotting an assault on the PDC tour after lifting his first televised title in Brisbane on Saturday.

Despite being a huge outsider at the start of the tournament, Heta sensationally swept through a star-studded field to become the first Australian to lift a World Series title in his home country on his 32nd birthday.

The Dart Players Australia number one is now looking ahead to a potential move over to the UK to attempt to win a Tour Card at Q-School with the ultimate aim of competing on the PDC ProTour.

"Hopefully I’ll be able to come over to the UK soon and when I do people better watch out,”said Heta, who has competed in six televised PDC events since his debut in Sydney in 2014.

"I know what I can do and how good I can be and in Brisbane I showed the world.

“I had to pinch myself just to make sure it was really happening. To do that in front of an Australian crowd was just unexplainable, it was amazing.

"I just grew throughout the whole tournament. I have been worked hard for that moment and it’s paid off in the end and I am just super stoked."

Heta will return to the big stage in the second of the trio of World Series events Down Under at the Melbourne Arena for the third staging of the Melbourne Darts Masters on August 16-17.

Limited tickets for the Melbourne Darts Masters are available at ticketek.com.au

The event will be broadcast live on Fox Sports across Australia and worldwide through the PDC's international broadcast partners, as well as through PDCTV-HD for Rest of the World Subscribers (outside of the UK, Ireland & Netherlands).