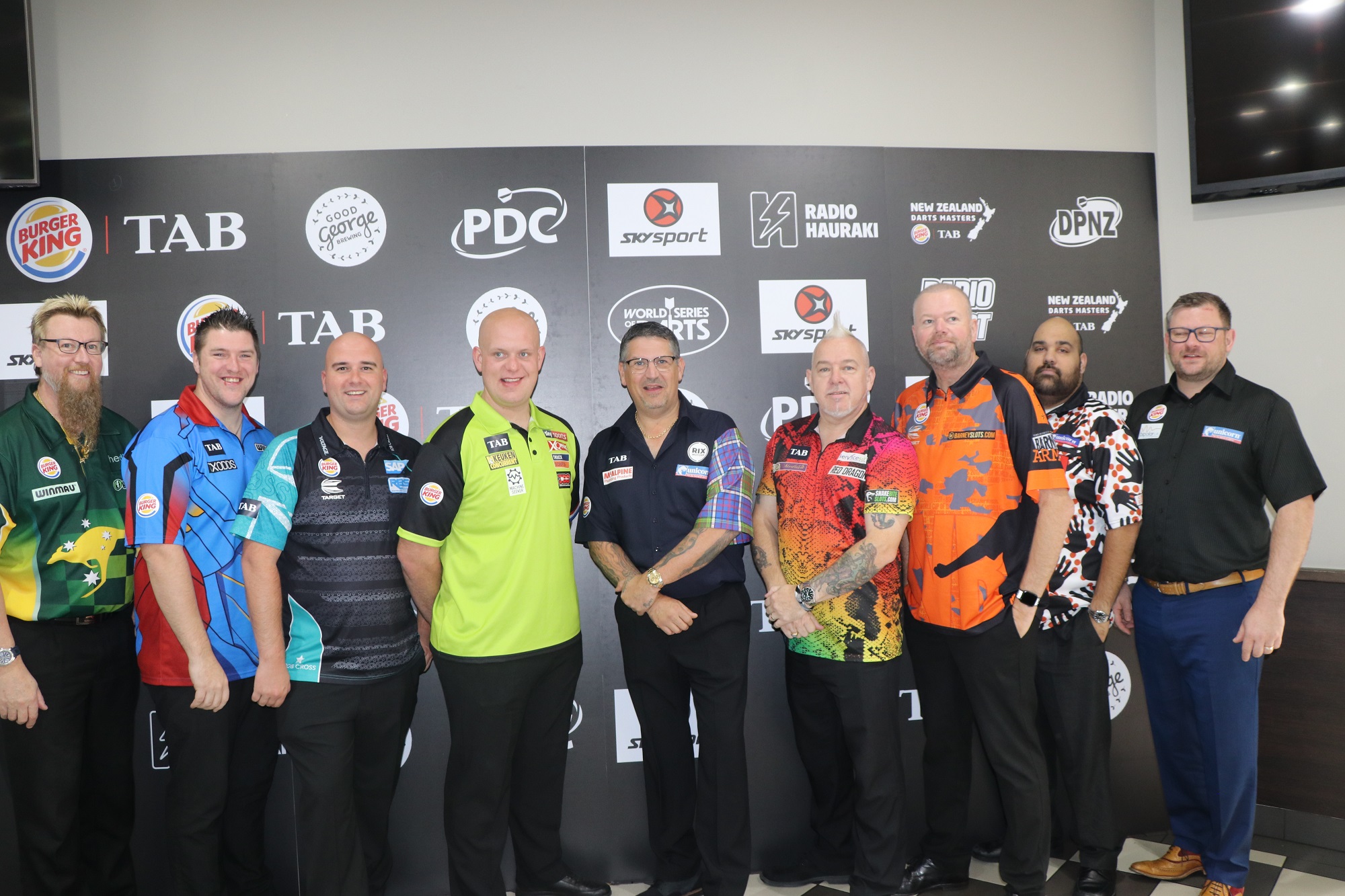 Raymond van Barneveld’s final competitive tournament in New Zealand will begin with a clash with home favourite Cody Harris, after the draw for the 2019 NZ Darts Masters, presented by Burger King and TAB, was made.

Van Barneveld, a former finalist on two occasions in Auckland, will hope to go one better this time as the World Series visits Hamilton for the first time.

The Dutchman has previously taken on Harris twice on the World Series circuit, taking victories over the New Zealander in Sydney in 2015 and in Auckland in 2016.

Michael van Gerwen, the winner in Melbourne last Saturday, will look to go back-to-back on the World Series when he begins his run with a match against former Auckland Darts Masters champion Kyle Anderson.

Brisbane runner-up Rob Cross will take on Warren Parry, who has appeared at the World Championship on four occasions, and James Wade faces Craig Caldwell.

Parry was brought into the tournament as a late replacement following the withdrawal of Corey Cadby for personal reasons.

Daryl Gurney, who made the final of the Melbourne Darts Masters last week, will open his account against experienced David Platt and Simon Whitlock faces New Zealand's Ben Robb, who recently competed in Brisbane.

The 2019 NZ Darts Masters will take place at the Claudelands Arena in Hamilton on August 23-24 with a limited number of tickets still available via this link.

The event will be broadcast worldwide through the PDC's international broadcast partners, as well as via PDCTV-HD for Rest of the World Subscribers (outside of the UK, Ireland & Netherlands).

UK TV coverage on ITV4 will be from 7pm BST on each day.