Huge month ahead on European Tour 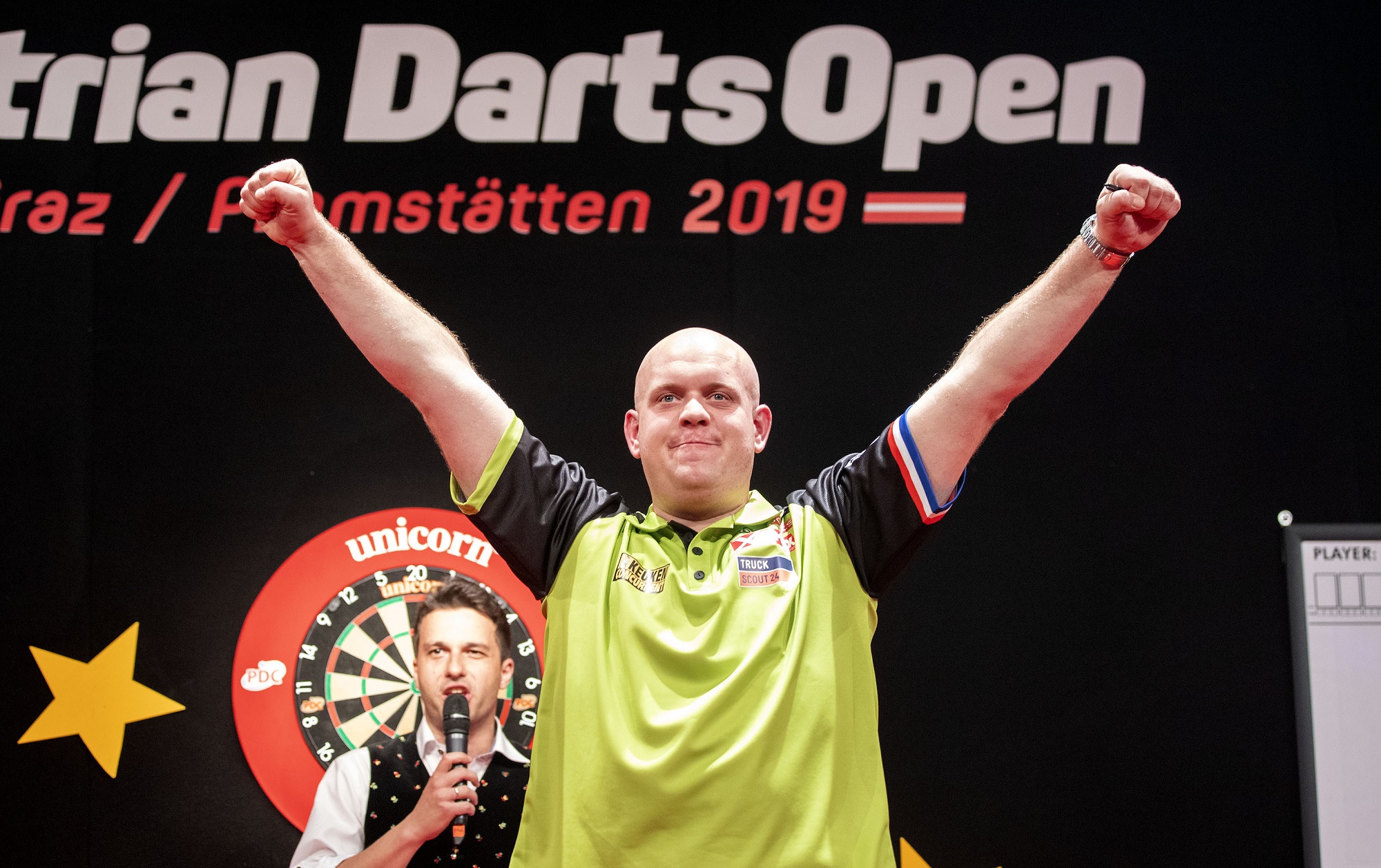 The battle for places in the 2019 Unibet European Championship will conclude over the next five weeks with the remaining European Tour events in Austria, Germany and Gibraltar.

The European Championship will be held from October 24-27 at the Lokhalle in Goettingen, Germany - where the top 32 players from the final 2019 European Tour Order of Merit do battle for the £120,000 top prize.

Michael van Gerwen currently tops the European Tour Order of Merit with £115,000 already claimed in the nine events held so far this year, having won four of the opening five events in 2019.

Two-time event winner Ian White has claimed £81,000 and sits in second spot, ahead of the other three tournament winners, Daryl Gurney, Dave Chisnall and Jamie Hughes.

However, with four events to come over the next month - beginning this weekend with the Austrian Darts Championship - places in the 32-player field can still be snatched.

The PDC European Tour can be watched through PDCTV-HD at video.pdc.tv for all subscribers worldwide, as well as through a series of bookmakers' websites.

Gibraltar Darts Trophy tickets can be bought through BuyTickets.gi.