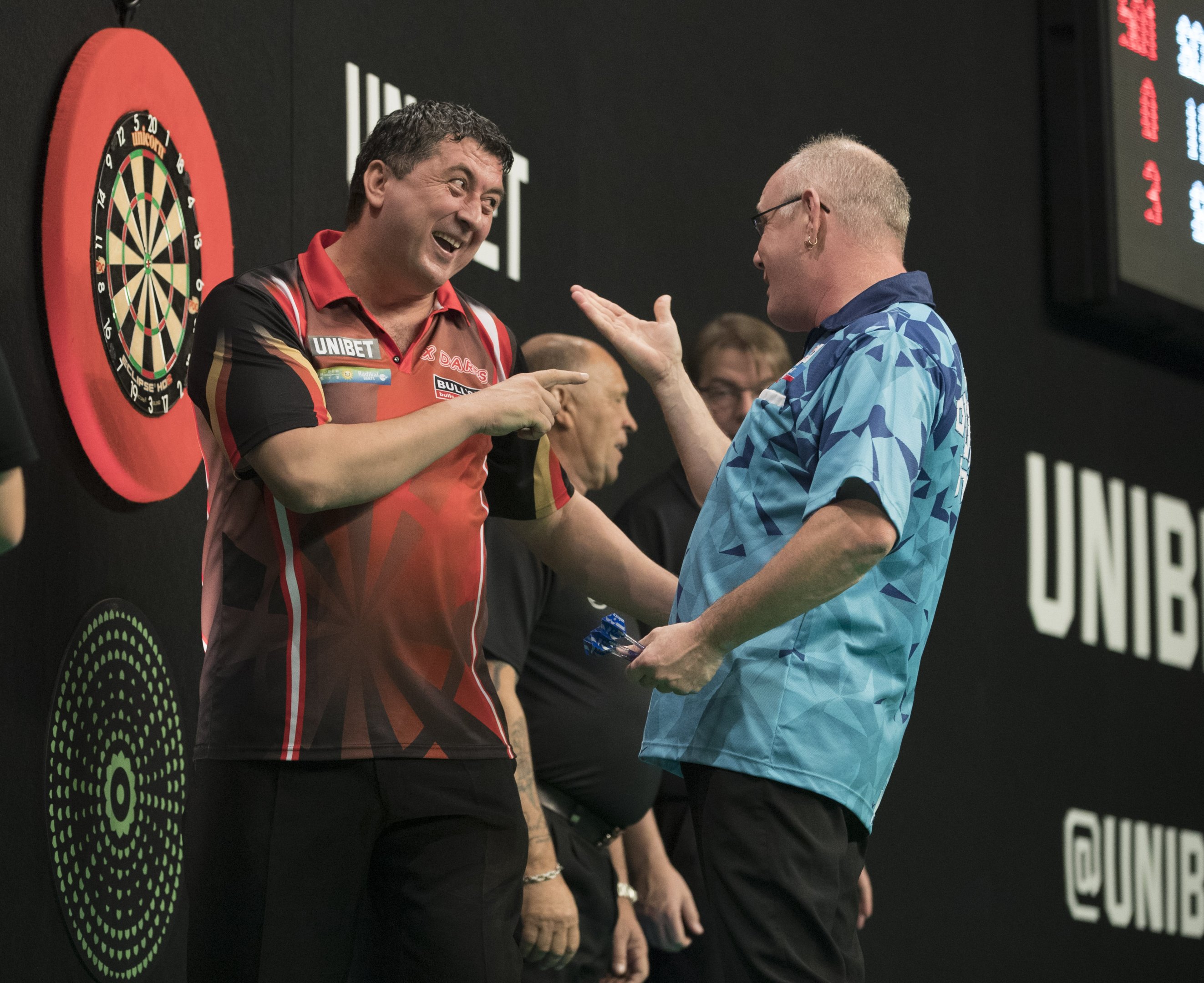 Mensur Suljovic won Players Championship 26 on Sunday with an 8-7 defeat of Ian White in the final despite White hitting a nine-dart finish.

A captivating final saw White average 107, only to be denied by some crucial clutch finishing from Suljovic who picked up his first floor title of the year.

World number nine Suljovic, who became the first Austrian player to win a PDC event on home soil at the start of September, now has seven PDC titles to his name and has the biggest of all in his sights.

"This year I am World Champion," said Suljovic, who is among the confirmed field for the 2019 BoyleSports World Grand Prix.

"This was the best final for me. Ian played brilliant, he hit a nine-darter, he is a brilliant player.

"Everybody is playing brilliant at the moment; Ian, Daryl Gurney, Gerwyn Price and me are the best players at the moment."

A thrilling final saw the opening four legs go with throw before White took out 25 to land the first break.

Three legs later Suljovic looked to have blown his opportunity to break back following a catastrophic miscount, but was allowed back to the board to make amends and level at 4-4.

After Suljovic held throw to move ahead, the tenth leg saw White hit the 40th perfect leg of the year in the PDC and the second of the day following Rob Cross' effort in the last 64 against Ron Meulenkamp.

The following four legs went with throw to take the match to a deciding leg in which Suljovic held firm on his own throw once again, sealing the £10,000 top prize with a 109 checkout.

Suljovic began the day with wins over Richard North, Gavin Carlin and Ryan Joyce, before a 112.6 average saw him beat Glen Durrant to reach the quarter-finals.

There, he edged out Cristo Reyes 6-5 in a hard-fought contest before another 100-plus average saw the Austrian get the better of Jonny Clayton to advance to the final.

White, a winner of two European Tour events in 2019, was seeking a first Players Championship title of the year and posted five ton-plus averages over the course of the day, including a 115 in his semi-final defeat of Steve West.

Elsewhere, West came within one game of his second PDC final which came three years ago to the day, while Ross Smith and Cristo Reyes reached the quarter-finals of a Players Championship for the first time this year.

The 2019 ProTour campaign continues with the Gibraltar Darts Trophy from September 27-29.

The 13th and final European Tour event of the year will be streamed on video.pdc.tv from Friday at 1200 BST.