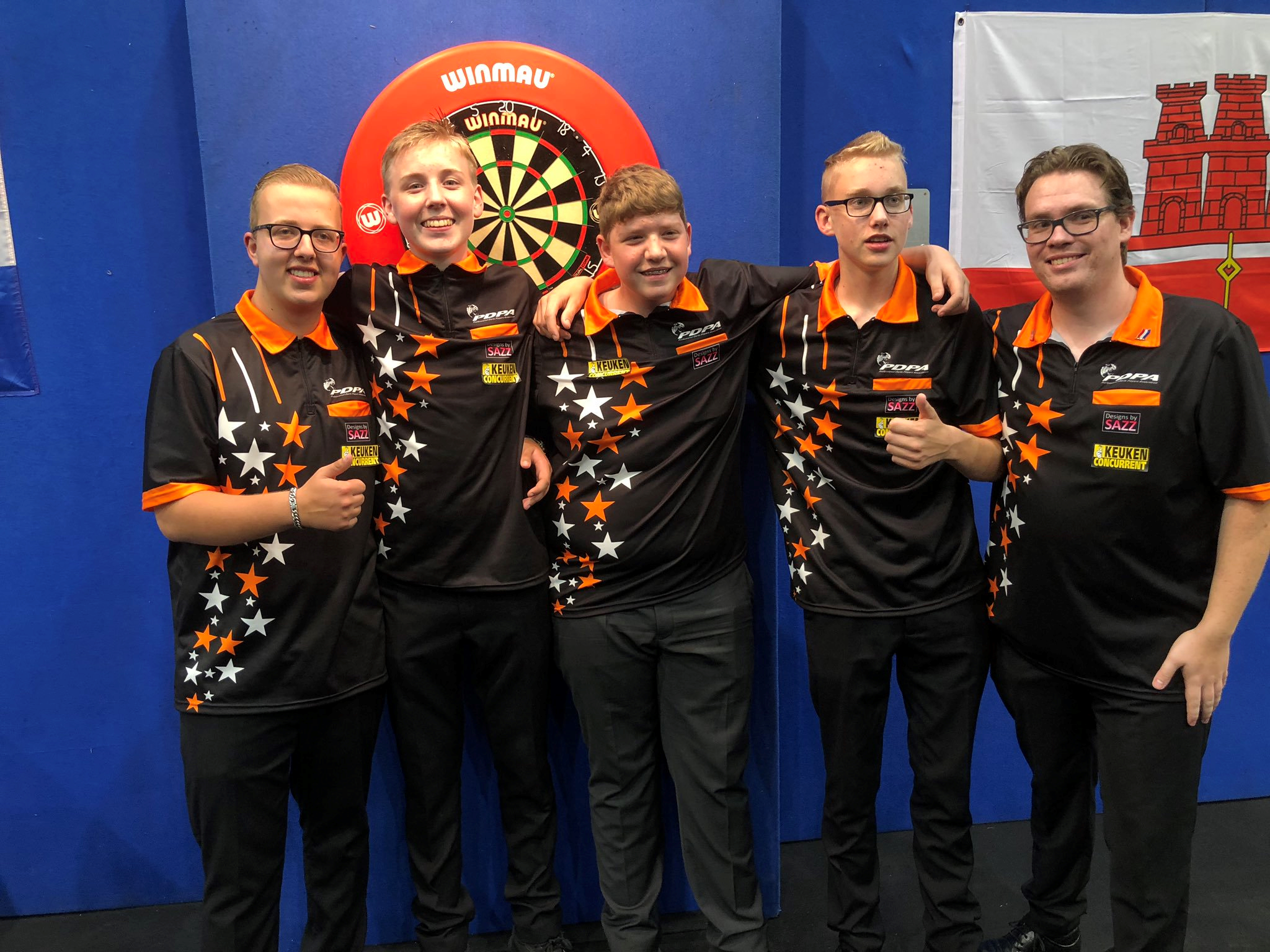 The Netherlands' victory in the PDPA Junior World Cup in Gibraltar has been followed by a win for Keane Barry in the DartConnect Junior International Open.

The Junior Darts Corporation are staging a three-day festival of darts at the new Europa Point Arena, culminating on Thursday with the early rounds of the Scott Farms International Junior World Championship.

Van der Velde was joined in the Netherlands A team by Owen Roelofs - the runner-up in the 2017 Junior World Championship - Daan Bastiaansen and Luke van der Kwast.

The quartet also defeated England A, Ireland A, Spain, USA, China A and England B during the 16-nation event, which saw 26 teams competing.

Wednesday's DartConnect International Open saw Irish teenager Barry come through a field of 129 players to claim the title, edging out Nathan Girvan 6-5 in a high-quality final.

He averaged 100.5 in the final, landing an 11-darter as he moved into a 4-2 lead before Scottish ace Girvan hit back to take the game into a deciding leg at five-all, only for Barry to snatch the title with a 13-dart leg.

Barry's success is a further boost for the youngster, who will be competing in the Tom Kirby Memorial Irish Matchplay final in Dublin on Saturday October 12 against Liam Gallagher - with the winner securing a place in the William Hill World Darts Championship.

Adam Gawlas, who recently reached the third round of the Austrian Darts Championship on his European Tour debut, was a semi-finalist, alongside fellow Czech prospect Tomas Houdek.

Van der Velde was defeated by Barry in the quarter-finals, while Keelan Kay's run to the last eight included a 105 average in his last 64 whitewash of Sankalp Salunke.

Thursday's final day of action will see the players battling to secure spots in the Junior World Championship final, which will take place on Saturday December 21 at Alexandra Palace during the William Hill World Darts Championship.