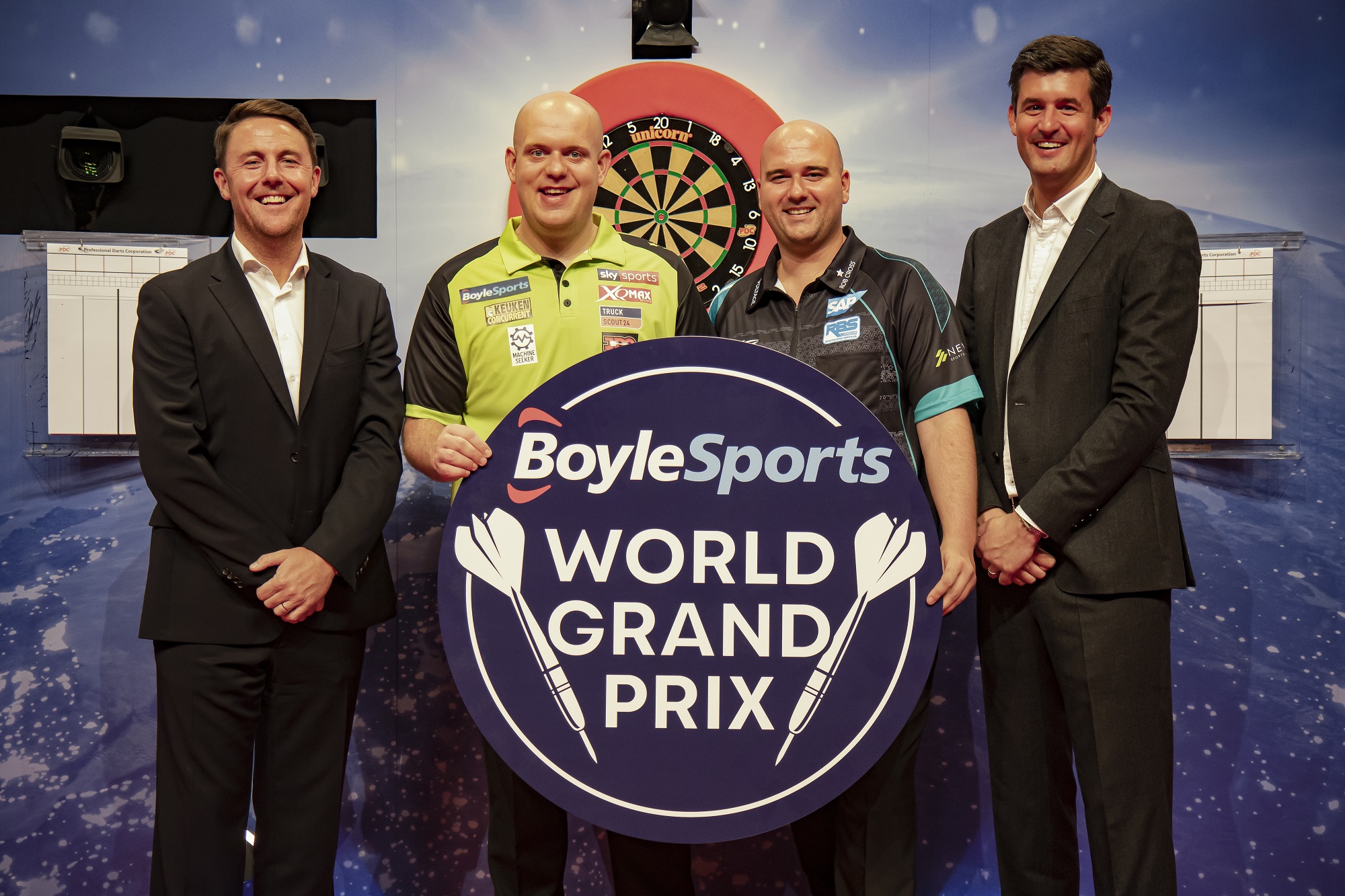 Michael van Gerwen will open his bid for a fifth title at the BoyleSports World Grand Prix against Jamie Hughes, with the draw for the Dublin event also pitting Rob Cross against Mensur Suljovic.

World number one Van Gerwen picked up his fourth World Grand Prix win in 2018, having also been victorious at the Citywest Convention Centre in 2012, 2014 and 2016.

The double-start tournament will return to the Citywest Convention Centre from October 6-12, with tickets still available through ticketmaster.ie.

Two-time World Grand Prix champion James Wade will face John Henderson, who was a semi-finalist two years ago after opening the event with a defeat of Van Gerwen.

The schedule of play for the BoyleSports World Grand Prix will be confirmed in due course.

The draw was streamed through the OfficialPDC Facebook page and made by PDC Chairman Barry Hearn.

The double-start tournament will return to the Citywest Convention Centre from October 6-12, with tickets still available through ticketmaster.ie.