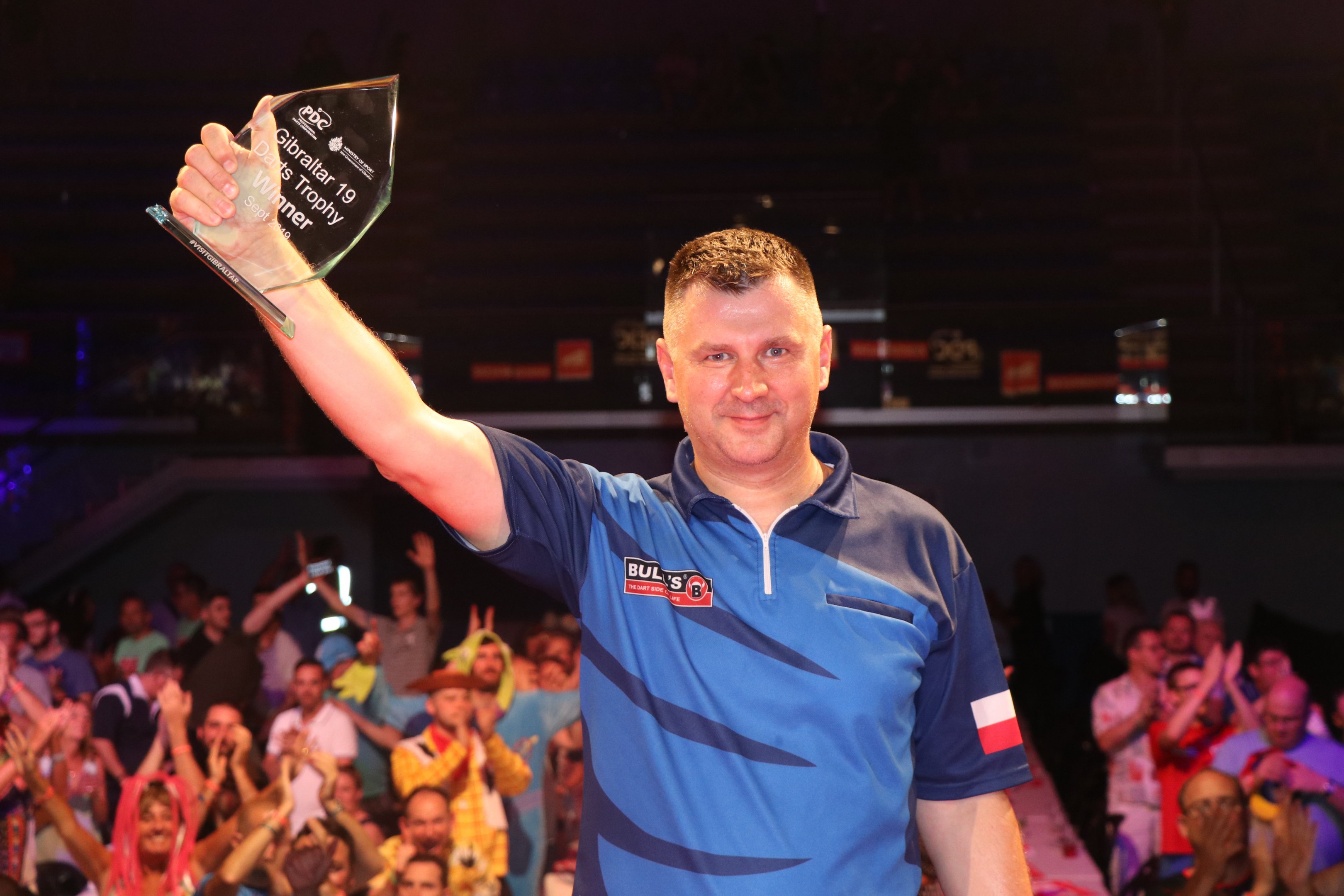 Krzysztof Ratajski made history as he became the first Polish winner on the European Tour by defeating Dave Chisnall 8-2 in the Gibraltar Darts Trophy final on Sunday night.

Having never previously won past the quarter-finals on the European Tour, Ratajski saw off Joe Cullen, Ian White and Daryl Gurney to secure his spot in the decider in Gibraltar.

Chisnall, who hit a nine-darter in his quarter-final clash with James Wade, took the opening two legs of the final, including a 117 finish to break the Pole's throw.

Ratajski, however, then made no mistake in breaking straight back with an incredible 124 finish, followed by a hold of throw to level the scores at 2-2.

From there the Polish ace took control of the match, reeling off a further six legs on the spin to claim the £25,000 title and make history for East European darts.

"I've won floor tournaments but this is the first one I've won in front of a crowd.

"This is a great night for Polish darts and I'm just so happy to lift this title."

Chisnall defeated Jermaine Wattimena 6-4 in the third round before striking perfection in a 6-4 victory over Wade.

It then took a last-leg decider to see Chisnall reach his second European Tour title of 2019 as he edged past Nathan Aspinall 7-6 in the semi-finals.

"Krzysztof played very well all day like I did but tonight the better player won," said Chisnall.

"Darts is all on the day but it wasn't my day today,  he played very well.

"I'm glad to hit a nine-darter for this crowd but tonight is about Krzysztof."

The Gibraltar Darts Trophy saw the conclusion of the 2019 European Tour and therefore decided the draw for the Unibet European Championship in Göttingen, Germany in October.