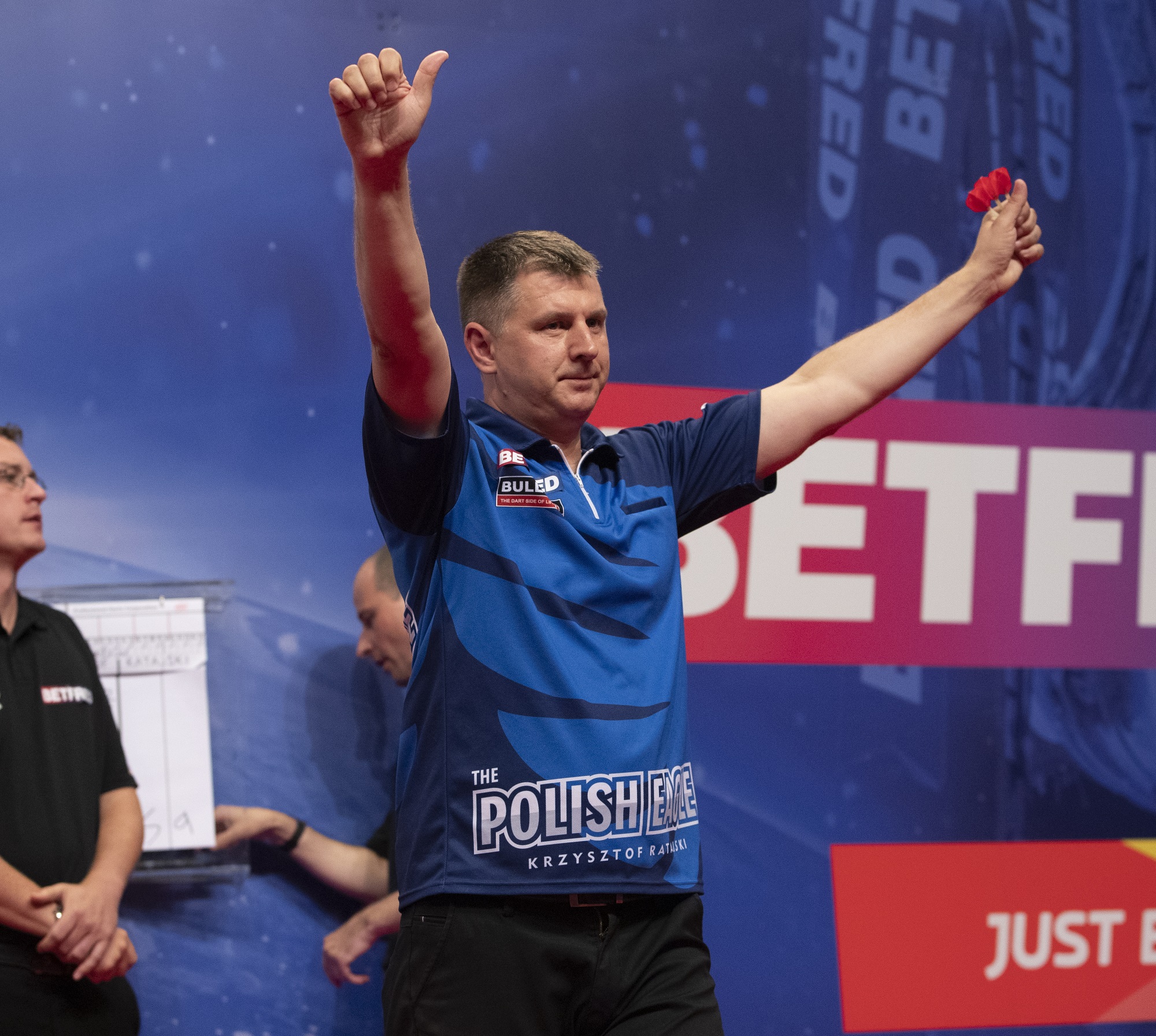 Krzysztof Ratajski has described Sunday's Gibraltar Darts Trophy triumph as the "biggest win" of his career.

The Polish number one became the ninth winner in 13 European Tour events this year after defeating nine-dart star Dave Chisnall 8-2 in the final.

A superb weekend saw him overcome veteran star Steve Beaton and three other 2019 European Tour winners - Joe Cullen, Ian White and Daryl Gurney - during his run to the final.

His semi-final performance against Gurney saw Ratajski average 109.51 in a 7-3 win, before he reeled off eight straight legs and averaged nearly 103 in the final.

Ratajski had won the 2017 World Masters event and has also followed up victory in a UK Open Qualifier in 2018 with four subsequent Players Championship titles - but he believes Sunday's success in Gibraltar was a landmark moment.

"I think it is the biggest win in my career," said Ratajski. "Here there is so many great players.

"When I won the World Masters, also it was very difficult but I think here was much more difficult. I played perfect in the semi-final and final, it was an incredible level for me."

Ratajski will now set his sights on the BoyleSports World Grand Prix, which begins in Dublin on Sunday October 6 and sees the Polish star taking on Glen Durrant in a tasty first round tie.

"I don't know how high I can go in this tournament," said Ratajski. "I will [do] everything to go to the top, of course, to the win, but the first match is very difficult with Glen.

Ratajski also admitted that the success has increased his own belief that he could progress in future to become World Champion.

"I still believe," he added. "For 20 years I still believe that I'm able to be a World Champion. It is still my dream and maybe [it will] come true soon."