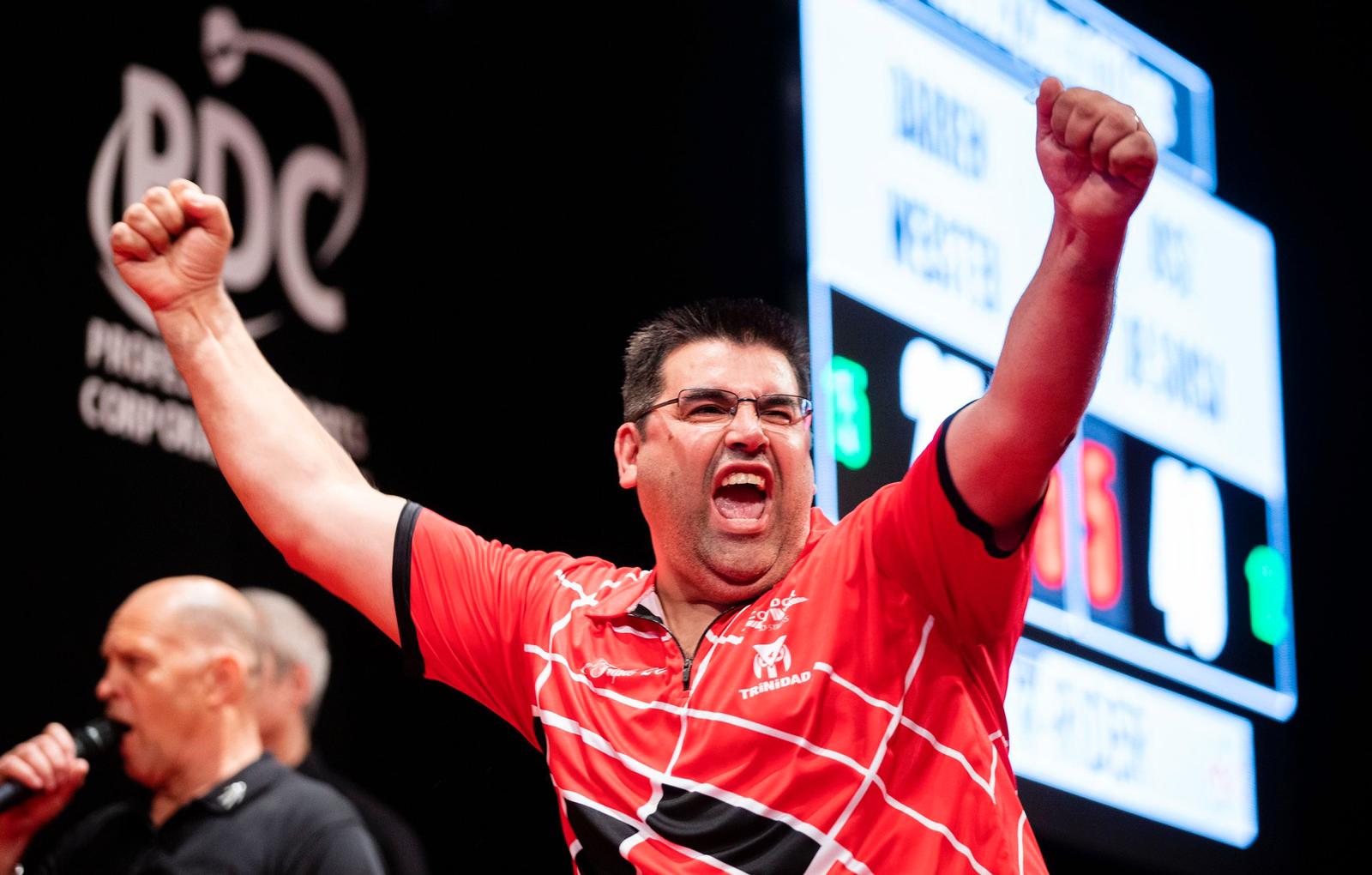 Jose De Sousa claimed a second PDC title inside a month at Players Championship 28 in Dublin on Saturday, beating Glen Durrant 8-6 in the final.

De Sousa, who won a PDC Tour Card for the first time in January, produced a string of impressive displays to reach his third ProTour final of the year and claim the £10,000 top prize.

The final was a close encounter but a crucial break of throw in the penultimate leg gave the Portuguese the chance to throw for the match, a chance he took to down his English opponent.

“The final was not my best game, it was a complicated game. This final was a moment of magic for me, a great moment,” said a delighted De Sousa.

“If I play my best game I can beat almost anyone. I practice so hard, every day and I want to make a big future for myself.

“I didn’t think this was possible, I could not imagine this.”

The 45-year-old, who had only won his PDC Tour Card in January at Qualifying School, won the crown on another definitive day for Portuguese darts.

“This is my first year in the PDC, all I wanted was experience but this has been amazing," he added. "I will continue my work and in the future we will see what happens.”

A 98 average in a 6-2 win against Mark Dudbridge opened the day for De Sousa, before a remarkable 6-1 triumph over Stephen Burton, with an average of almost 108 moved him safely into the last 32.

A hard fought 6-4 victory against Mark Webster and then a 6-2 win over Spaniard Jesus Noguera saw De Sousa move in to the quarter-finals.

Another ton-plus average followed, this time in a 6-3 win over a resurgent Kim Huybrechts as the Portuguese progressed in to the last four.

De Sousa then faced Mensur Suljovic, who earlier in the day had produced the perfect nine-dart leg in his victory over Adam Hunt.

Suljovic could not compete with his opponent in the semi-finals though as De Sousa powered through to the final with a 7-3 success.

The decider swung both ways, with neither player able to gain complete control of the encounter as De Sousa's early 4-1 lead was cancelled out by three straight legs from Durrant.

The pair traded breaks of throw in the middle of the match before Durrant eventually levelled at 6-6.

With the game looking set to go all the way to a deciding leg, De Sousa produced the all important break of throw with a 14-darter to go within a leg of the match before eventually pinning double ten for the title.

Durrant, who was playing in his fourth PDC final since a move from the BDO in January, had another successful day with notable wins against Ian White and a semi-final victory against Friday’s champion Gerwyn Price.

Suljovic achieved the 43rd nine-dart finish in a PDC event during his win over Hunt in the last 64, and also notched ton-plus averages in wins over Alan Tabern and Peter Wright.

Televised darts returns on Sunday as the BoyleSports World Grand Prix is broadcast live around the world from the Citywest Convention Centre in Dublin, starting seven days of the double-start event.