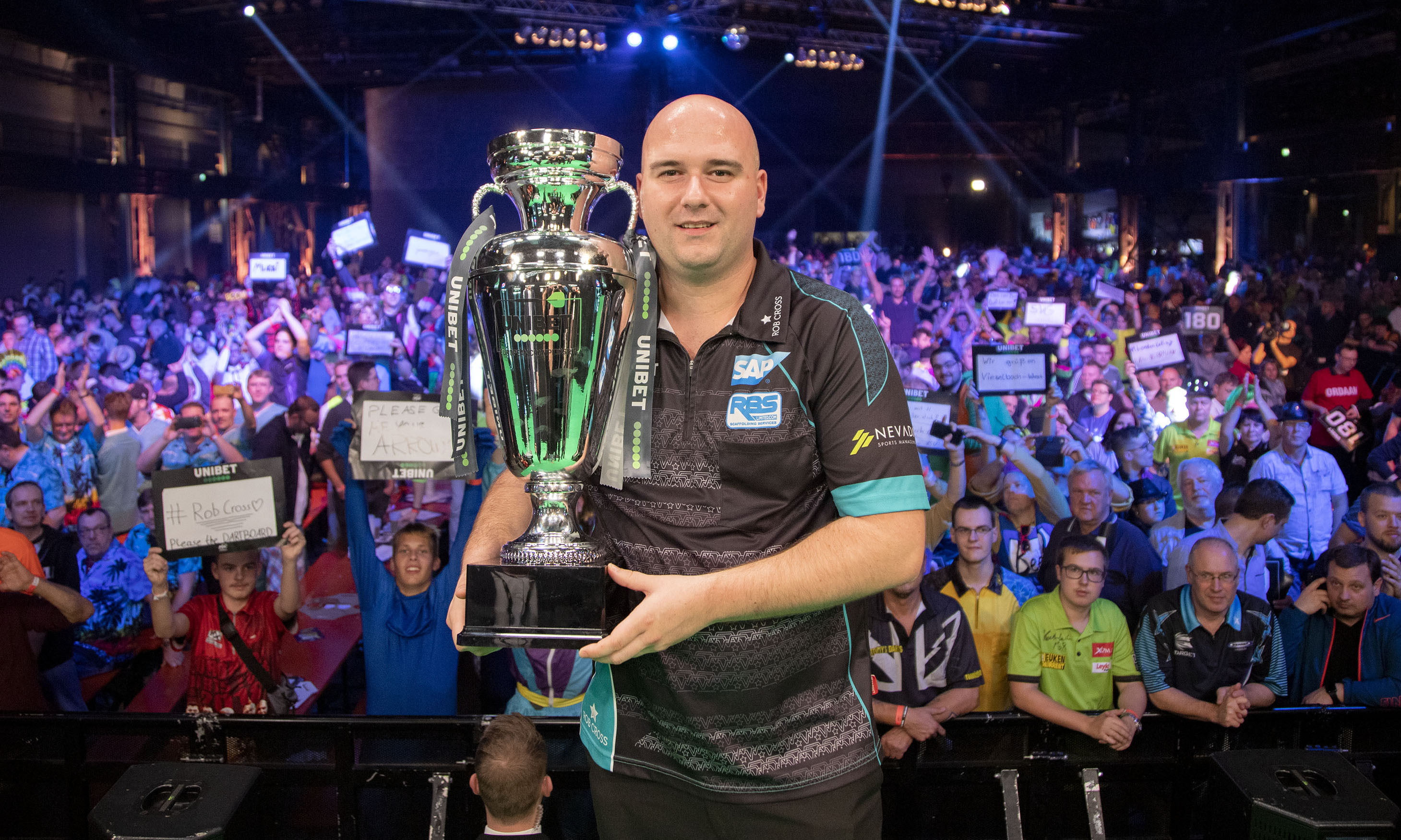 Rob Cross claimed a third televised ranking title and the £120,000 top prize on Sunday night as the 2019 Unibet European Championship came to a dramatic conclusion in Göttingen, Germany.

The world number two denied Gerwyn Price of a second televised title in the decider beating his Welsh opponent 11-6 in front of a packed crowd.

The final began with Cross striking the opening blow, breaking the throw in leg three to take a 3-2 lead in to the first break.

A further break of throw followed with Cross moving 7-3 clear and four legs away from securing the European title.

It was a 4th televised final for Gerwyn Price, who would have moved up to a career high world number 3 with a win. However, the 34-year-old was unable to find the same kind of form that won him the Grand Slam title almost a year ago as Cross continued to edge closer to the victory.

Cross, who had made three previous TV finals in 2019, having been runner-up in the Premier League and UK Open before going on to win the World Matchplay, secured his first European Championship on double 16.

The victory sets up a fascinating end to 2019 with the World Series Finals, Grand Slam and Players Championship Finals all to come before the year ending World Championship, with Cross looking to put pressure on world number one Michael van Gerwen.

“I’m here to be number one in the world. I don’t play to make up the numbers and I believe I will be number one at some point,” said a bullish Cross after the final.

“In fairness to Gerwyn he wasn't his normal self in the final but I'm delighted to walk away with this title.

“It’s also another learning experience for me, they're long gruelling days and I’m happy to prove that I can win matches with a C or B game now.

“I’m playing great, I’m having to dig deep at times and I’m more feeling like myself. It’s amazing and it’s everything I wanted it to be.”

Cross began the day with a 10-6 win over Ricky Evans where the former World Champion averaged nearly 100 to progress to the semi-finals where he would meet Daryl Gurney.

The encounter between the pair was arguably the match of the day with the pendulum swinging both ways before Cross eventually secured an 11-9 win.

Gerwyn Price awaited in the final after the Welshman had first defeated Vincent van der Voort 10-8 and then World Championship runner-up Michael Smith 11-7 in the last four.

The final was a match Cross always seemed in control of but a run to another final for Price signifies that he will be a threat to the field in the remaining events in 2019.

Televised darts returns on Friday as the World Series Finals heads to Amsterdam for the first time in what will be Raymond van Barneveld’s final competitive appearance in Holland before retiring.