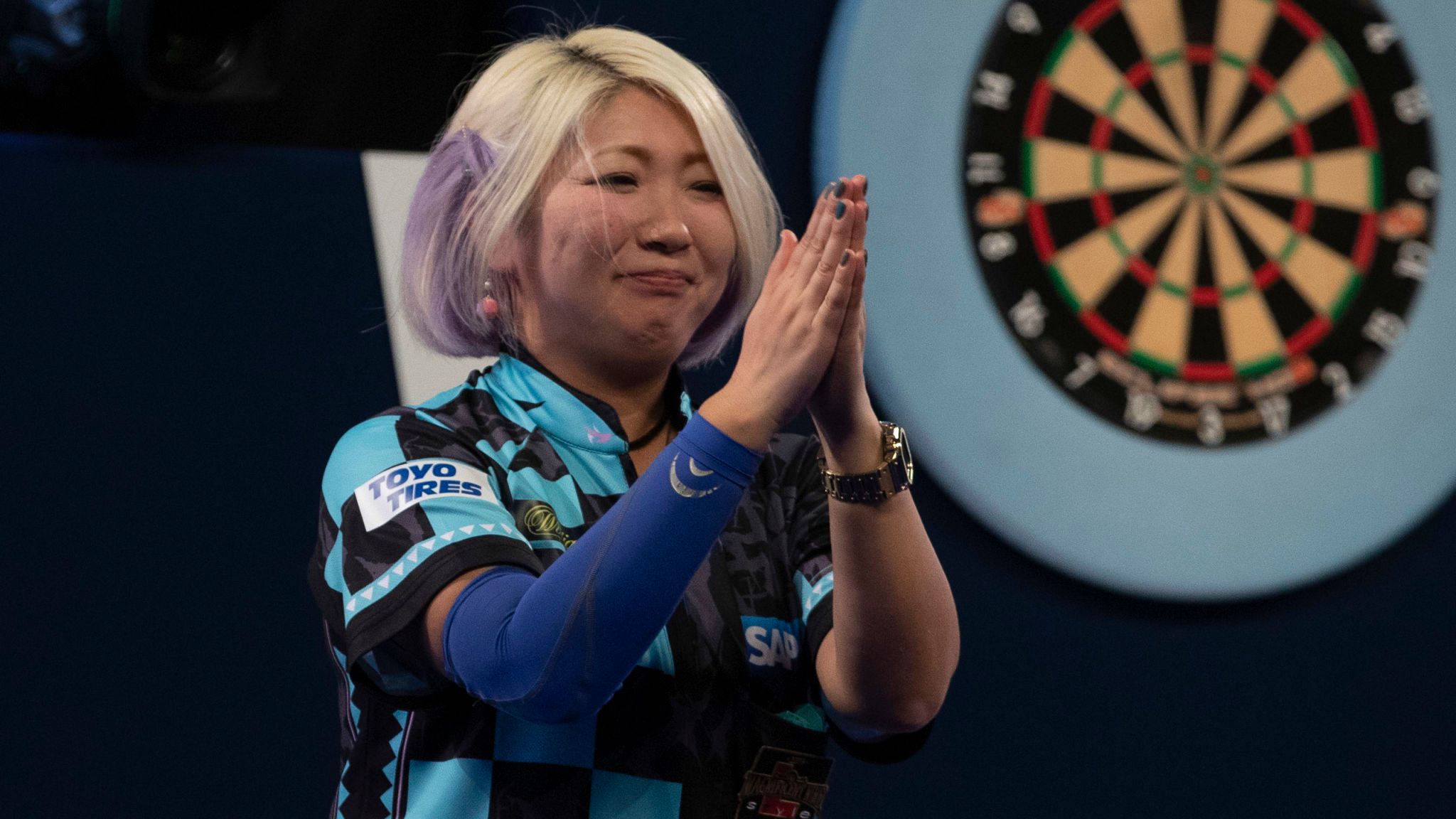 Michael Smith crashed out of the William Hill World Championship after a fine display from newcomer Luke Woodhouse condemned last year's runner-up to an early exit, while Mikuru Suzuki came agonisingly close to being the first female player to taste victory at Alexandra Palace.

Sunday's double session also saw ninth seed Ian White tumble out of the tournament with defeat to Darius Labanaukas on a dramatic day of darts.

Smith never recovered from a slow start against emerging talent Woodhouse, who followed up Saturday's victory over Paul Lim with another impressive performance to defeat the number four seed 3-1 in their second round meeting.

"I managed to regain my composure and get the job done," said Woodhouse, who missed six darts to win the match in straight sets.

"I was in a bit of a haze after missing the chance to win the third set but I kept calm and my confidence got me through.

"I've been working hard and it is showing and I really feel at home on the big stage now."

Woodhouse won the first two sets 3-1 before coming back from two legs behind in the third, only to squander half-a-dozen match darts.

Smith missed two darts to take the match to a deciding set and Woodhouse denied him that chance when he cleaned up 80 to seal victory.

Earlier in the night, Japan's Suzuki almost completed an incredible comeback against James Richardson, only for Richardson to dash her hopes in an exciting affair.

The Lakeside Women's Champion missed four darts to take the first set - in which she produced a fabulous 151 checkout - but Richardson seemingly took control when he led by two sets and two legs.

Suzuki stormed back, winning six of the next seven legs to level up the match.

She missed two darts to go two legs ahead in the decider but a 101 checkout forced a sudden-death leg, which Richardson won on tops with Suzuki waiting on 36.

"It was tough to lose but I really enjoyed it," said Suzuki.

"I was really unlucky but next time I think I will win. Everybody was cheering me on and that made me really happy.

"I'll keep trying and I will be back."

White was left stunned by Labanauskas who earned a 3-1 victory against the world number nine to reach round three.

White took out 136 to take the first set to a fifth leg, which he lost before levelling the match by winning brilliant second set 3-0 with an average of over 107.

Labanauskas, who had beaten Matthew Edgar on Saturday, edged the third set 3-2 thanks to a clinical 74 checkout.

The Lithuanian, who famously knocked out Raymond van Barneveld at the same stage last year, added White to his list of scalps by winning the fourth set 3-1.

Kyle Anderson survived a huge scare as he came from two sets behind against Chinese youngster Xiaochen Zong.

Australian Anderson struggled after a strong start from his opponent, who took the first set in a decider before winning set two 3-1.

Anderson fired back, taking the following two sets 3-1 to force a decider - which he won by the same margin, sealing the victory on double one.

"I thought I was going out," admitted Anderson, who will face Steve Beaton on Thursday.

"I feel like I had a lot of luck with the doubles he missed. My form has been absolutely abysmal coming into this tournament.

"I was on the stage thinking about booking a flight to Australia to spend Christmas with my family but somehow I got back into it and into the next round."

There was no such drama for Brendan Dolan, who eased past India's Nitin Kumar in straight sets.

The Northern Irishman, who picked up two ranking titles in 2019, won the decisive fifth leg in set one and never looked back as he claimed a routine win to progress.

"I kept my composure at the right times," said Dolan, who will meet Gary Anderson in round two.

"I've got a lot of belief in my game now - I've got concrete evidence behind me that I'm good enough to win on the tour again and to beat the best.

"I'm looking forward to playing Gary. I don't know where his game is but I know where mine is and after today I think I have an advantage."

North American Darts Champion Danny Baggish earned a debut victory over Andy Boulton, who twice led by a set but failed to hold on in a tight affair.

The first four sets all went down to a fifth leg before Baggish clinched the decider 3-1 to reach round two.

Ross Smith was caught cold by emerging Irish ace Ciaran Teehan, who completed a 3-0 victory on his World Championship debut.

The 20-year-old, who won a Challenge Tour title earlier this year, produced a brilliant 11-darter to win the fifth leg in set one.

An equally crucial 70 checkout in the second set decider saw him double his lead - and he went on to seal an impressive win by clinching the third set 3-1.

Spain's Jose Justicia enjoyed a routine victory over a disappointing Arron Monk, who went down in straight sets in round one.

The William Hill World Championship continues on Monday evening with three first round ties and second round meeting between Dolan and two-time World Champion Gary Anderson.

Day Four will be broadcast live on the Sky Sports Darts channel and through NOW TV in the UK, on PDCTV-HD for Rest of the World Subscribers and through the PDC's worldwide broadcast partners including DAZN and RTL7.