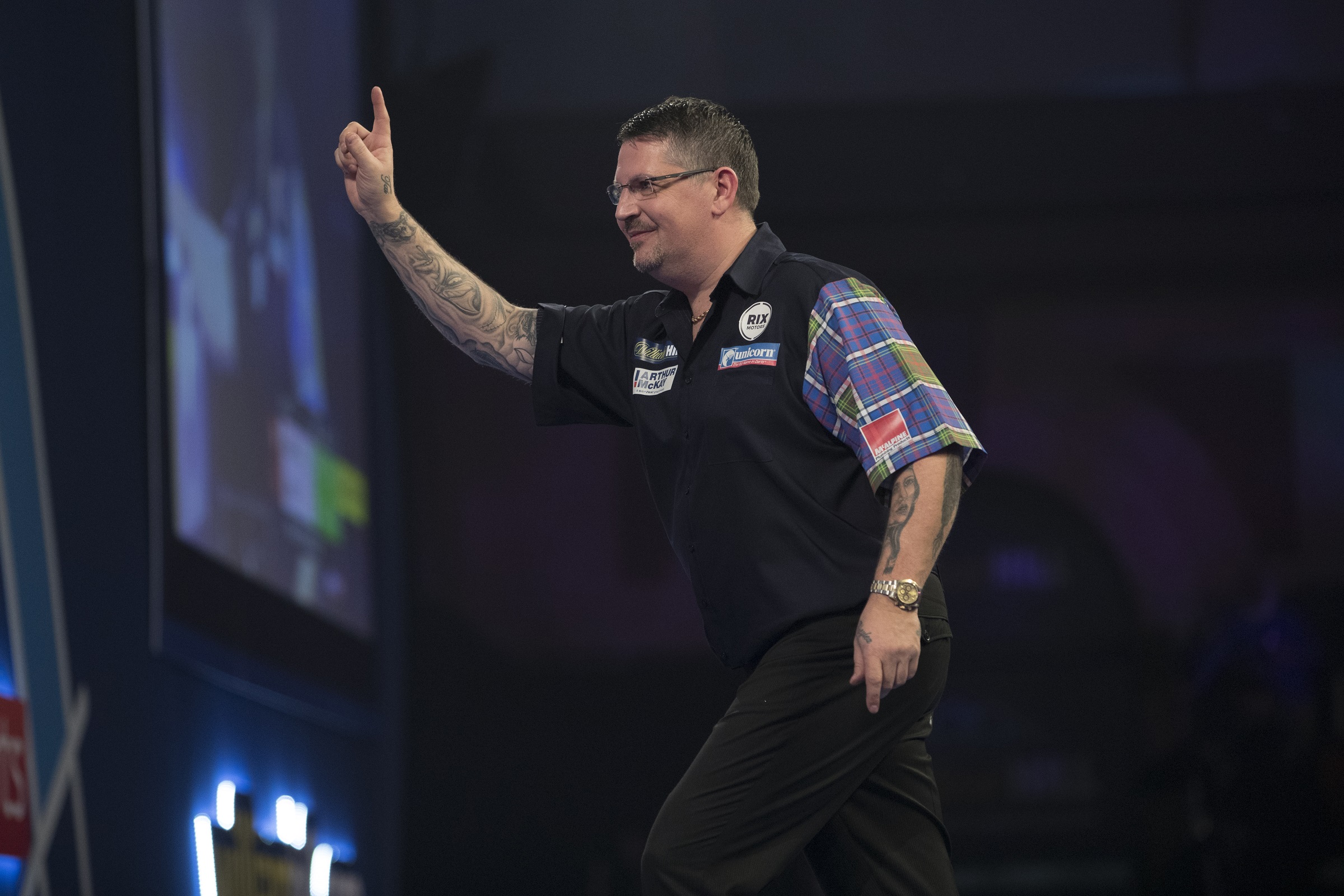 Day Four of darts' biggest event saw two-time World Champion Anderson get off to a slow start as he averaged under 80 in the opening set.

However, the Scot improved as the contest went on, piling in seven 180s and hitting a 144 checkout on his way to a straight-forward win.

"I've been playing really well on the practice board but I went up there tonight and I was nowhere near it in the first set because of nerves," Anderson admitted.

"But there were some good signs there, the 180s and 140s are coming back and there were a few moments when I felt in full flow up there.

"I've not had a lot of stage time this year so I'm a bit out of practice and because of that I felt so nervous walking on stage.

"I've had four days solid on the practice board and I've been really happy with the way they're going so hopefully we will see that come out in the rest of the tournament."

Earlier in the night Keane Barry became the third youngest player to compete in the World Championship, but he was whitewashed 3-0 by Vincent van der Voort.

Both the first two sets went to a deciding leg, with Dutchman Van der Voort showing his experience to hit crucial doubles at key moments to keep Barry at bay.

The young Irishman averaged 91.72 on his big stage debut, hitting three 180s but he was powerless to stop the Van der Voort assault, and he will now face tenth seed Dave Chisnall.

"It definitely wasn't a comfortable game to play in, I'm so happy to win," said Van der Voort.

"Keane is a quality young player with so much potential, the way he hits the treble 20 is frightening.

"But at the key moments he didn't deliver and thankfully I managed to hit the big shots at the right moments.

"I'm known as a quick player but at one point I thought 'I need to slow down' because he's playing too fast for me!

"Dave is a great player, he's in the top ten in the world so I will be giving everything I have to win that one."

Callan Rydz enjoyed a debut to remember as he came through a dramatic sudden-death leg with Steve Lennon.

Irish World Cup runner-up Lennon got off to the best possible start, winning the opening set 3-0, only for 21-year-old Rydz to win the next two sets without dropping a leg.

The fourth set was also won to nil by Lennon to take the tie to a fifth and final set, and after Rydz took the first two legs of the decider, Lennon produced back-to-back 15-dart legs to take the match all the way to a last-leg shoot-out.

Rydz was first to a finish but the Northumbrian wired the bullseye for a 161 finish, meaning Lennon had a chance to take out 87.

The Irishman missed two match darts at double 18, allowing Rydz a shot at 25 for the match which he took with a last dart double two.

Despite not being at his best, O'Connor managed to land six 180s and never allowed Kantele a way into the contest, and he will now await world number three Gerwyn Price in the second round.

The William Hill World Championship continues on Tuesday with two sessions of first and second round play, as rising Dutch star takes on Darin Young who ended Raymond van Barneveld's career on Saturday.

Day Five will be broadcast live on the Sky Sports Darts channel and through NOW TV in the UK, on PDCTV-HD for Rest of the World Subscribers and through the PDC's worldwide broadcast partners including DAZN and RTL7.