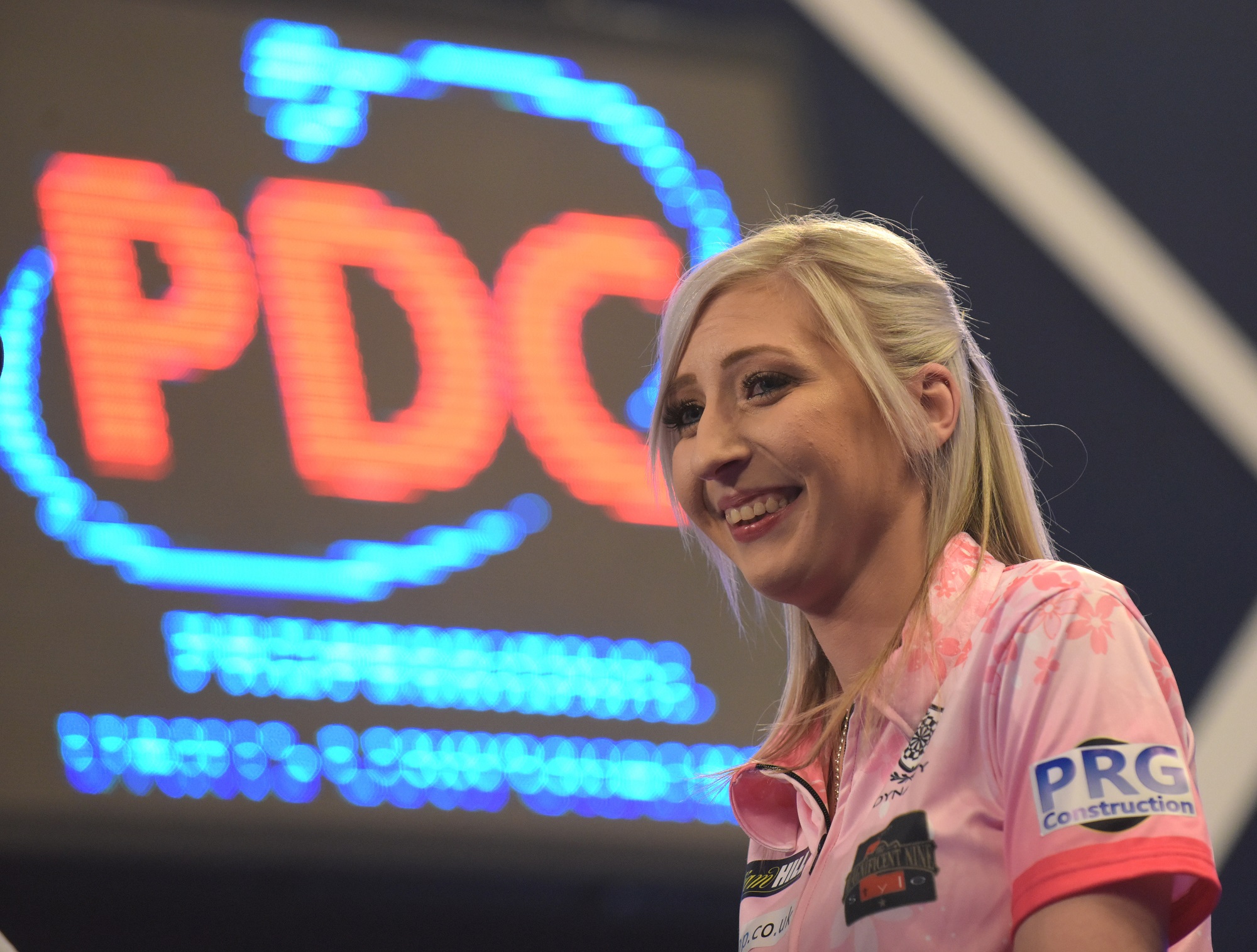 DARTS sensation Fallon Sherrock is set to take America by storm after being selected to compete in the 2020 U.S. Darts Masters, which will be held on June 5-6 in the Hulu Theater at Madison Square Garden, New York.

Sherrock, a 25-year-old from England, created history as the first female player to win a match at the Professional Darts Corporation's World Championship on Tuesday, defeating Ted Evetts 3-2 in the first round of the event.

The achievement has received incredible worldwide recognition as Sherrock enjoyed a hugely memorable, and deserved, win at Alexandra Palace in London.

The 25-year-old will now join the likes of current World Champion Michael van Gerwen in competing in the U.S. Darts Masters, when the World Series of Darts visits New York for the first time next June.

Eight north American qualifiers will also compete in the two-day tournament on June 5-6, with Sherrock set to make history again when she becomes the first female competitor on the World Series stage next year.

"We live in a big world and Fallon's victory has become mainstream news, rather than sports news," said Hearn. "It's astonished me.

"The first woman to do something is always news because it's a breakthrough moment for the sport. You couldn't write that type of drama. I think it is a game-changing moment.

"Fallon will get the dream ticket in terms of an invitation to the World Series of Darts in the Hulu Theater at Madison Square Garden, New York.

"That's going to be massive news around the world, particularly in America, and the message is clear to other women; if you're good enough, opportunities exist or will be created.

"She's going to have dream scenario there and who knows where it builds from there."

Hearn added: "The aim of the World Series is to grow professional darts worldwide and Fallon's inclusion will be another massive step for the sport on the global stage.

"Darts is hugely popular across America and we've already seen incredible interest in our first visit to New York, and to have Fallon on stage at Madison Square will be a huge opportunity for her to show her undoubted talent to a new audience."

Speaking following her inclusion in the tournament, Sherrock said: "I can't believe it - this is amazing news for me. It's been a crazy couple of days and I'm not sure everything has sunk in yet.

"It's all really exciting and to get to play in the World Series in New York will be a fantastic experience for me. This shows that if me and other women show what we can do and win matches, we'll be rewarded with more opportunities like this. I can't wait."

Tickets for the 2020 U.S. Darts Masters are available now and can be purchased from Ticketmaster.

VIP Packages: Registration for the VIP Package grants access to MSG’s Grill Room, with catering beginning 90 minutes pre-event, and also includes prime table seating located at the heart of the action and a VIP bar (beer/wine/soda) as well as a variety of party snacks.

Click here for more information about the Hulu Theater at MSG.