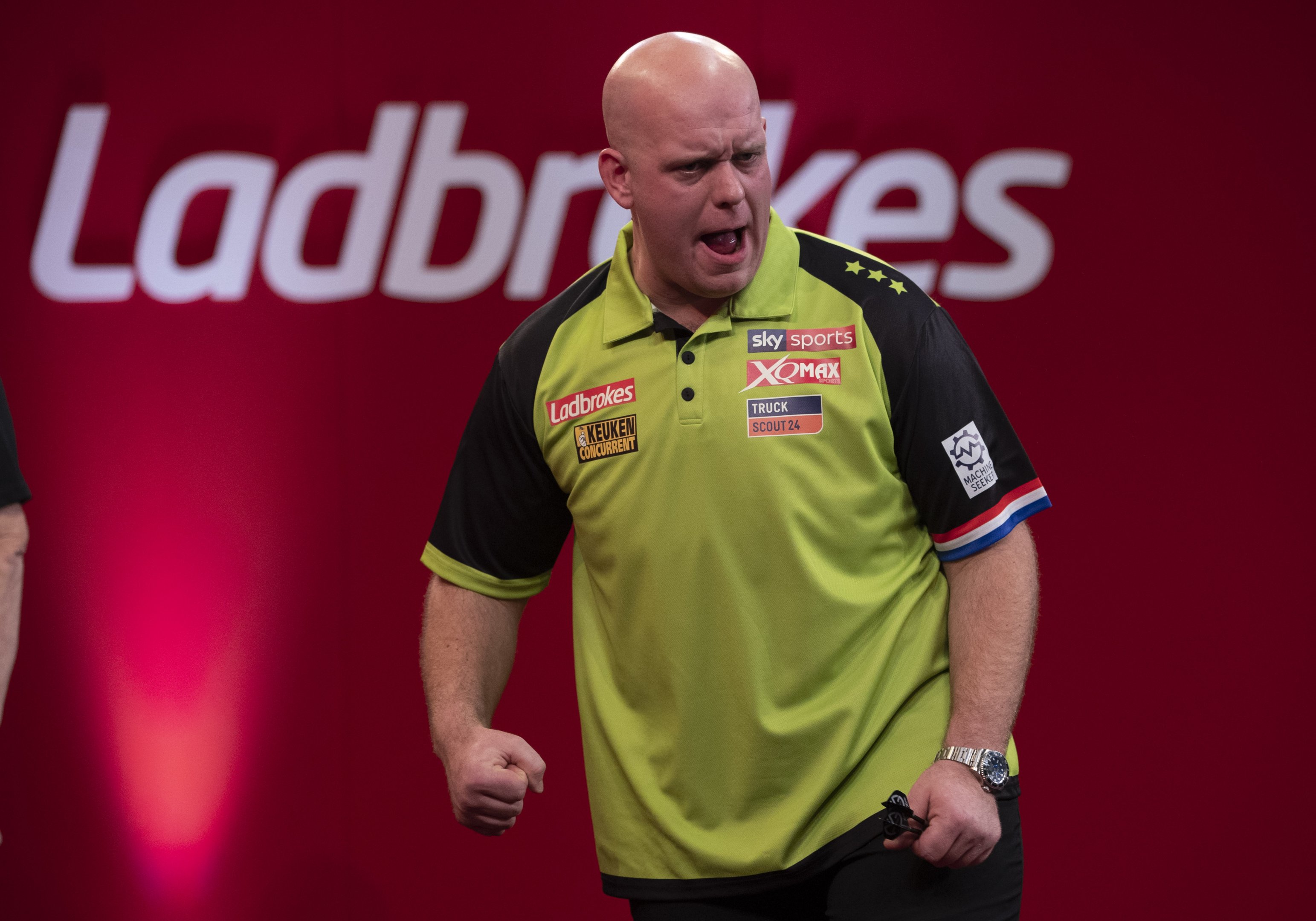 The 2020 Ladbrokes Masters begins on Friday at Marshall Arena, Milton Keynes, as Michael van Gerwen begins his quest for a sixth successive title against Jonny Clayton on the opening night.

The opening televised event of the year will take place from January 31 - February 2 with the new-look top 16 following the World Championship competing across three days.

The action will be broadcast live on ITV4 in the UK, through the PDC's worldwide broadcast partners including DAZN and RTL7 and on PDCTV for Rest of the World Subscribers.

Since the tournament moved to Milton Keynes in 2015, Van Gerwen is yet to taste defeat on the Masters stage and the Dutchman will look to continue that run against Welsh number two Clayton on Friday's opening night.

"This tournament is an important one because it sets the tone for the rest of the year, it gives me a chance to put out a message," said Van Gerwen.

"It's not the first time I've come into the start of the year not being World Champion and I come back strong, people know that.

"I'm looking forward to getting back up on the big stage and performing in front of a great crowd. Hopefully I will be walking away with the title again.

"You always have to set yourself new targets and I'm going to give everything this year."

The tournament will begin with a meeting between Michael Smith and Mensur Suljovic, while former World Champions Rob Cross and Adrian Lewis also collide on night one.

Aspinall's success over the last 18 months has seen him fly up to eighth place on the PDC Order of Merit, and the 28-year-old is out to further cement his place among the sport's elite this year.

"I'm going into this tournament as one of the favourites to win it so you have to take confidence from that," said Aspinall.

"The last three weeks seem to have taken forever so I'm itching to get back into it now.

"I've played James many times, he's beaten me and I've beaten him but I don't think I've played him in over a year.

"He's probably ahead of me on the head-to-head stats but I'm a different animal now to what I was 12 months ago."

Saturday's second night of first round action will see Peter Wright announced onto the stage as World Champion for the first time as he begins his bid for a first Masters title against Joe Cullen.

The winners will advance to Sunday's final day of action which will see the quarter-finals take place in the afternoon session, before the semi-finals and final in the evening.

A limited number of tickets are available.

Odds courtesy www.ladbrokes.com and correct at time of writing. Subject to fluctuation.