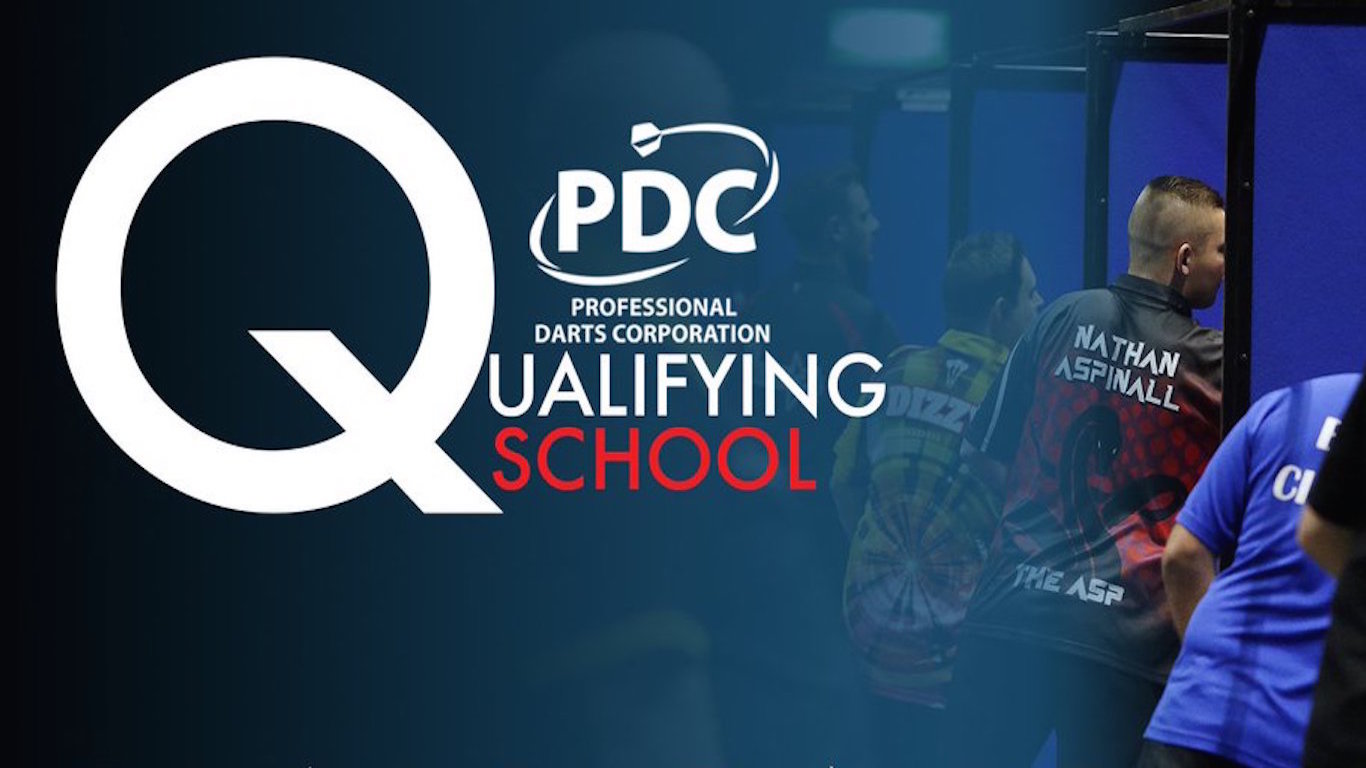 We continue the countdown to the 2021 Qualifying Schools by taking a look the top five performers from the 'Class of 2020'.

Taking place from February 8-17 in Milton Keynes and Niedernhausen, the UK and European Qualifying Schools will feature hundreds of hopefuls looking to follow in the footsteps of these five players...

Towering Dutchman Kleermaker won a Tour Card at the first attempt having competed in BDO and WDF competitions since 2014.

The 29-year-old was solid throughout the year in his ProTour performances, qualifying for four European Tour events and reaching the quarter-finals of a Summer Series event.

Unfortunately, Kleermaker was unable to make his Alexandra Palace debut having testes positive for Covid-19 but even without World Championship prize money he sits 74th on the PDC Order of Merit after one year on tour.

Lowe was another player to win a place on the professional circuit for the first time in 2020, but wasted no time in establishing a reputation as a dangerous opponent.

Having previously shown glimpses of promise on the Challenge Tour, the 48-year-old builder came within a leg of knocking out eventual champion Michael van Gerwen at the UK Open.

This was a sign of things to come as Lowe who causes one of the upsets of the World Championship in knocking out former runner-up Michael Smith before going out to Devon Petersen in round three to end the year 63rd in the rankings.

Having spent the previous six years on and off the PDC tour, 2020 looked like another year in which Hunt would fail to live up to the promise he showed coming through the Development Tour system.

That was until the 27 year-old qualified for the Grand Slam of Darts, where he miraculously made it through to the knockout phase in his last group game to reach the last 16 of a TV event for the first time.

Although his run was then ended by Simon Whitlock, Hunt emerged from the tournament with increased confidence which he used to defeat Lisa Ashton and Jamie Hughes, reaching the third round at Ally Pally to end the year 59th on the Order of Merit.

Austrlia's newest sensation made his mark on the PDC by incredibly winning the 2019 Brisbane Darts Masters before success at Q School followed.

Having relocate to the UK to dedicate himself to the sport, Heta's decision was soon vindicated as he picked up his first PDC title at the Autumn Series which saw him secure a debut at the Grand Slam of Darts.

Quarter-final berths at the Grand Slam, World Cup of Darts and Players Championship Finals preceded a disappointing first round exit at Ally Pally but that didn't take the shine off a more than promising first year on tour for Heta, who ends the season 52nd in the rankings.

Heta's magnificent debut season was also recognised at the PDC Awards as he claimed the Best Newcomer award.

The talented, eccentric and exciting Van Duijvenbode was one of the major success stories in 2020, with his performance on the oche coupled with an aubergine-inspired image seeing him become a new fan favourite.

Having competed on the PDC tour from 2016-19 without making much of an impression, Van Duijvenbode found a renewed belief in his ability in a breakthrough 2020 campaign.

The 28-year-old Dutchman reached two semi-finals in the opening two months of the season, one of which came at the Belgian Darts Championship, helping him secure a World Grand Prix debut.

An incredible week at the Grand Prix saw Van Duijvenbode reach his first televised final where he was beaten by Gerwyn Price.

Quarter-final berths followed at three of his next four televised outings, including the World Championship, to end the year with £168,000 in prize money to his name.

Van Duijvenbode, who came second to Price in the Fans' Player of the Year vote, sits 32nd on the PDC Order of Merit with great things expected in 2021 and beyond.

Both the UK and European Qualifying Schools will see Stage One held across two blocks of three days, from February 8-10 and 11-13, before the Final Stage is held from February 14-17.