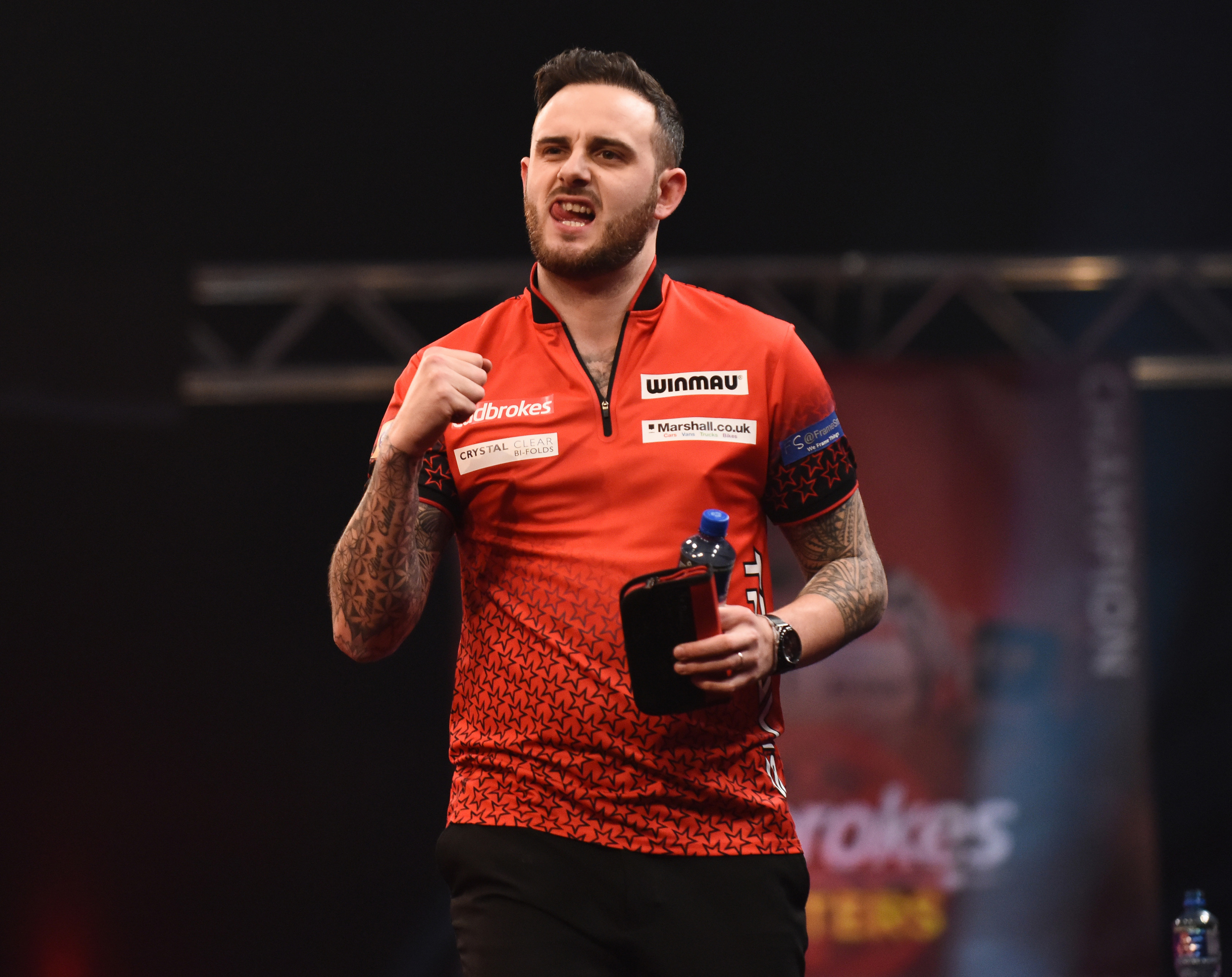 Joe Cullen secured the first PDC ranking title of the 2021 season at Players Championship 1 in Bolton on Thursday, defeating Jonny Clayton 8-7 in the final.

Winner of the last Players Championship event of 2020, world number 16 Cullen picked up where he left off last year as he came out on top of the new-look field of PDC Tour Card Holders at the Bolton Whites Hotel.

The Yorkshireman, who famously suffered an agonising loss to Michael van Gerwen at the World Championship, showed no signs of an Alexandra Palace hangover to get his year off to a perfect start.

"Winning the first tournament is a perfect start to what I believe will be a big year for me," said Cullen.

"It wasn't the best final. It's hard playing against Jonny because he's a great friend and he's got such a relaxed attitude about the game.

"Previously when I've felt uncomfortable in games I've been beaten, but lately I feel like I've got a chance of winning games even when I'm playing badly. It's a brilliant feeling to have.

"I've been putting the work in. I gave myself a week-and-a-half off after Ally Pally and then got back on the practice board, so I'm pleased it's paying off."

Despite averaging 86.5 in the final, his lowest of the day and more than six points fewer than his opponent, Cullen ensured a repeat of December's Ally Pally thriller with a deciding leg win.

Fresh from his winning The Ladbrokes Masters in January and his subsequent selection for the 2021 Unibet Premier League, Clayton was seeking back-to-back titles and made a good start by taking the opening two legs.

Cullen responded by winning the next three, but a typically tight contest saw the pair stay within a leg of one another until leg 12 as Cullen found double ten for a 16-dart leg to lead 7-5.

Clayton landed a pressure 108 checkout to break straight back before making no mistake on double seven to send the contest to a last-leg decider.

Strong scoring on throw from Cullen saw him leave 90 after nine darts, but four missed doubles for the match gave Clayton an outside chance of stealing the win.

However, Cullen denied the Welshman a chance to take out 56, finding the match-winning double ten at the sixth attempt to seal the £10,000 prize.

The opening day of 2021 ProTour action also saw Michael Smith hit the first nine-darter of the year in Players Championship competition in his 6-3 round one win over Belgium's new Tour Card Holder Geert De Vos.

Dutch legend Raymond van Barneveld made his highly-anticipated return to action against Stephen Bunting, but despite recovering from 5-1 down to force a last-leg shoot out, the five-time World Champion was unable to complete the comeback.

One of the day's most eye-catching results saw 19-year-old Welsh prospect Lewis Williams defeat Van Gerwen 6-5 in round three, while newly-crowned World Champion and world number one Gerwyn Price was knocked out in the second round by Gary Anderson.

Welshman Jon Worsley marked his return to the professional circuit with his first run to the semi-finals of a senior PDC ranking event, having immediately won back his Tour Card at Qualifying School last week.

Irish teenager Keane Barry, meanwhile, recorded wins over Glen Durrant and Ian White on his way to reaching the last 16 on his debut as a Tour Card Holder.

Super Series 1 continues on Friday with Players Championship 2 as the 128 players compete for a further £75,000 in prize money.

Live action will be broadcast across two streams on PDCTV - subscription options include a £1.99 One-Day Pass or a £4.99 Three-Day Pass.

View all results from Players Championship 1 in the Match Centre.

View stats from all matches in DartConnect.