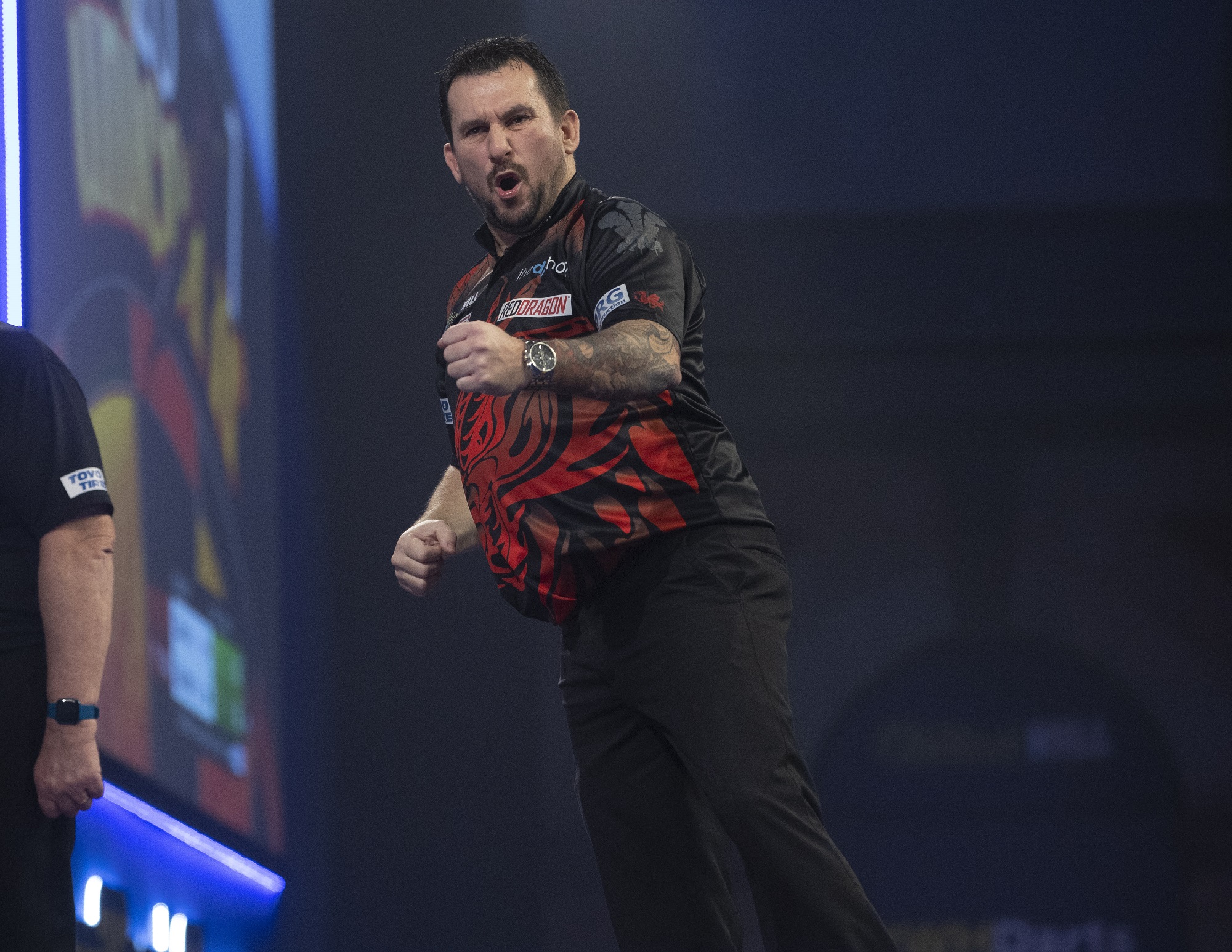 The Welshman has been in imperious form in 2021, having won his first TV title in January’s Ladbrokes Masters before reaching three out of four finals in the Super Series.

After tasting defeat to Joe Cullen on Day One, to youngster Callan Rydz in the second event, and falling at the quarter-final stage on Day Three, it was fitting that the Welshman would go one further on Day Four to scoop the £10,000 title.

Clayton started the final the brighter of the two, taking the opening two legs before quickly being pegged back by Heta, who clinched three in succession.

From there, Masters champion Clayton stepped things up a gear and moved 6-4 ahead with legs of ten and 13 darts to really stamp his authority on the final.

Heta, who won the Brisbane Darts Masters in 2019, was powerless to resist the reigning World Cup champion and could only trade legs until Clayton sealed the title with an 11-dart leg finished on double 16.

“It is all about confidence and I am feeling very good,” admitted Clayton. “Sometimes when I feel like I’ve played badly, I’m still averaging nearly 96 so something must be going right.

“I had my chances with Joe and Callan, but that’s how it goes. I’m very happy to have won one.”

Clayton’s fine form in 2021 means he will head into next week’s Ladbrokes UK Open as one of the favourites for the title, and he is full of confidence as he bids to claim another title.

“My darts are going great, so the Welsh Ferret is definitely going to try hard to win it,” smiled Clayton.

“I’m a great believer on if it is is your day, it is your day. My consistency is creeping up, I know I’ve got the game and I’ve certainly had a good start to the year.”

Clayton’s run to the Players Championship Four title started with a routine 6-1 victory over Martin Atkins. He then posted the highest average of the day with a superb 109.6 in his second round victory over Andy Boulton.

This was followed by a 103 average as he beat Rowby-John Rodriguez 6-4, before dealing with Jose de Sousa by the same scoreline, and seeing off Michael Smith 6-3 to reach the semi-finals.

There he met Germany’s Gabriel Clemens, but a strong run of three straight legs when trailing 4-3 put him in command, before progressing to the final with a 15-dart leg in a 7-5 victory.

The victory for Clayton brings an end to the first ‘PDC Super Series’ of Players Championship events, which saw a nine-dart finish struck every day.

Luke Woodhouse finding perfection in his opening round clash with Danny Noppert and joining Michael Smith, Adrian Lewis and Mensur Suljovic on the roll of honour.

The UK Open will be followed by the return to ProTour action on March 16, with the second PDC Super Series, with four more Players Championship events in Milton Keynes.

Match stats can be seen at DartConnect.