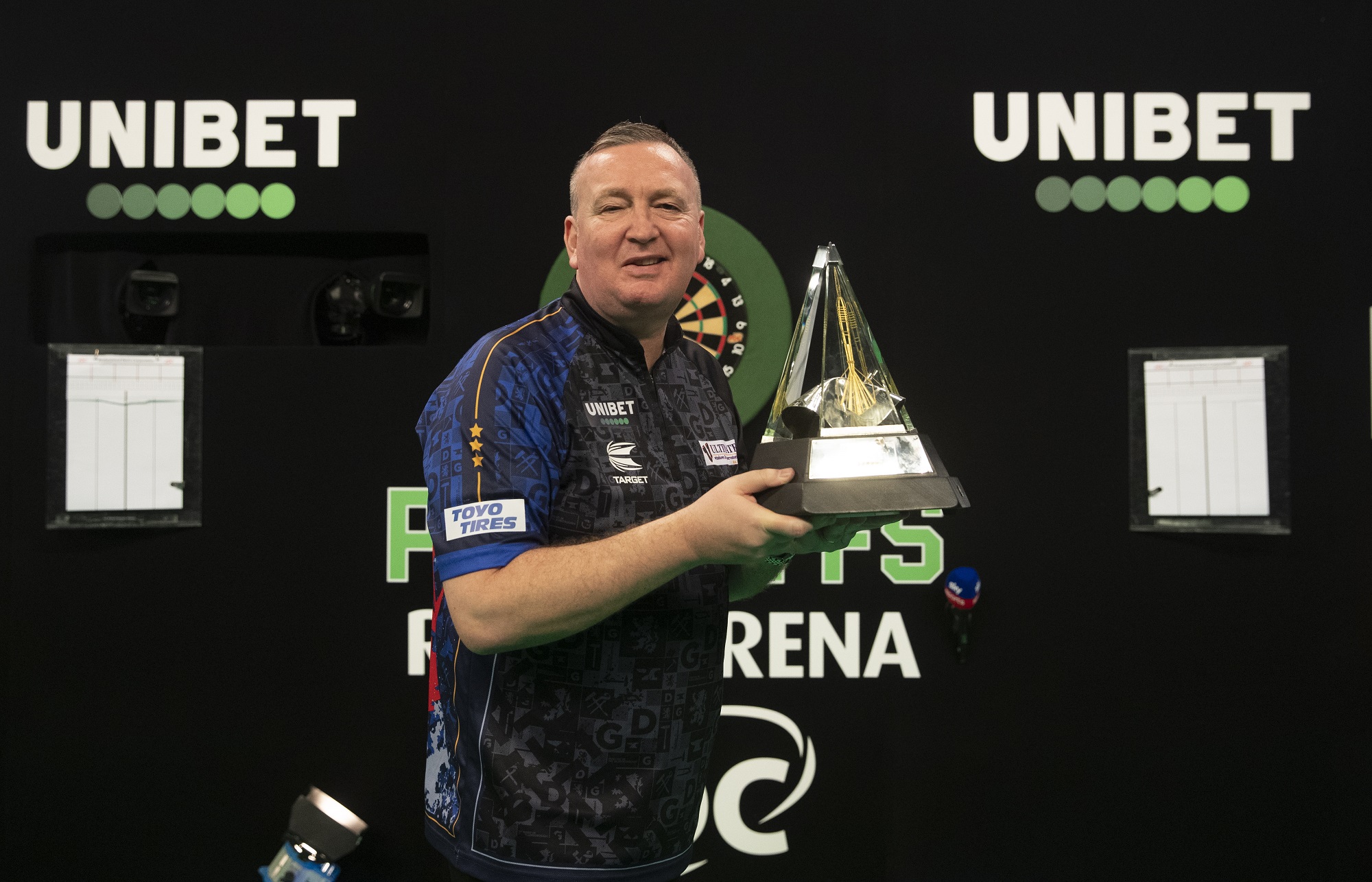 The 2021 Unibet Premier League will begin on Monday April 5 with a repeat of last year's final between Glen Durrant and Nathan Aspinall and feature the rematch of the World Championship final between Gerwyn Price and Gary Anderson.

The opening nine nights of the 2021 Premier League season will be staged in Milton Keynes from April 5-9 and April 19-22, with the ten players facing each other once in the first half of the season.

The bottom two players will be eliminated following Judgement Night on April 22, with details of the second half of the season - featuring seven further league nights and the Play-Offs, comprising the top four players - to be made in due course.

The 2021 season will begin with a high-profile night of action on Easter Monday, opening with a repeat of the 2020 decider between reigning champion Durrant and Aspinall.

World Champion Price will face two-time Premier League winner Anderson as they meet on the big stage for the first time since the Welshman took victory at Alexandra Palace on January 3.

Van Gerwen and Wright face off in the headline tie on Night Two, while former World Cup team-mates Wright and Anderson meet on Night Three.

The event will resume on Monday April 19, with ties including the meeting of the only two players in this year's event to have previously topped the league table, as Durrant meets Van Gerwen.

Night Seven sees Wright take on Price before Night Eight includes a repeat of the 2020 World Matchplay final between Van den Bergh and Anderson and the all-Welsh meeting between Price and Clayton.

The Unibet Premier League will begin at 1900 BST on each night, with worldwide coverage through the PDC's broadcast partners including Sky Sports, RTL7, DAZN and for PDCTV Subscribers outside of the UK, Ireland & Netherlands.

Format
The opening nine nights will see the ten players face each other once in the round-robin phase. Games will be the best of 12 legs - first to seven, or a six-all draw. Players receive two points for a win and one point for a draw.