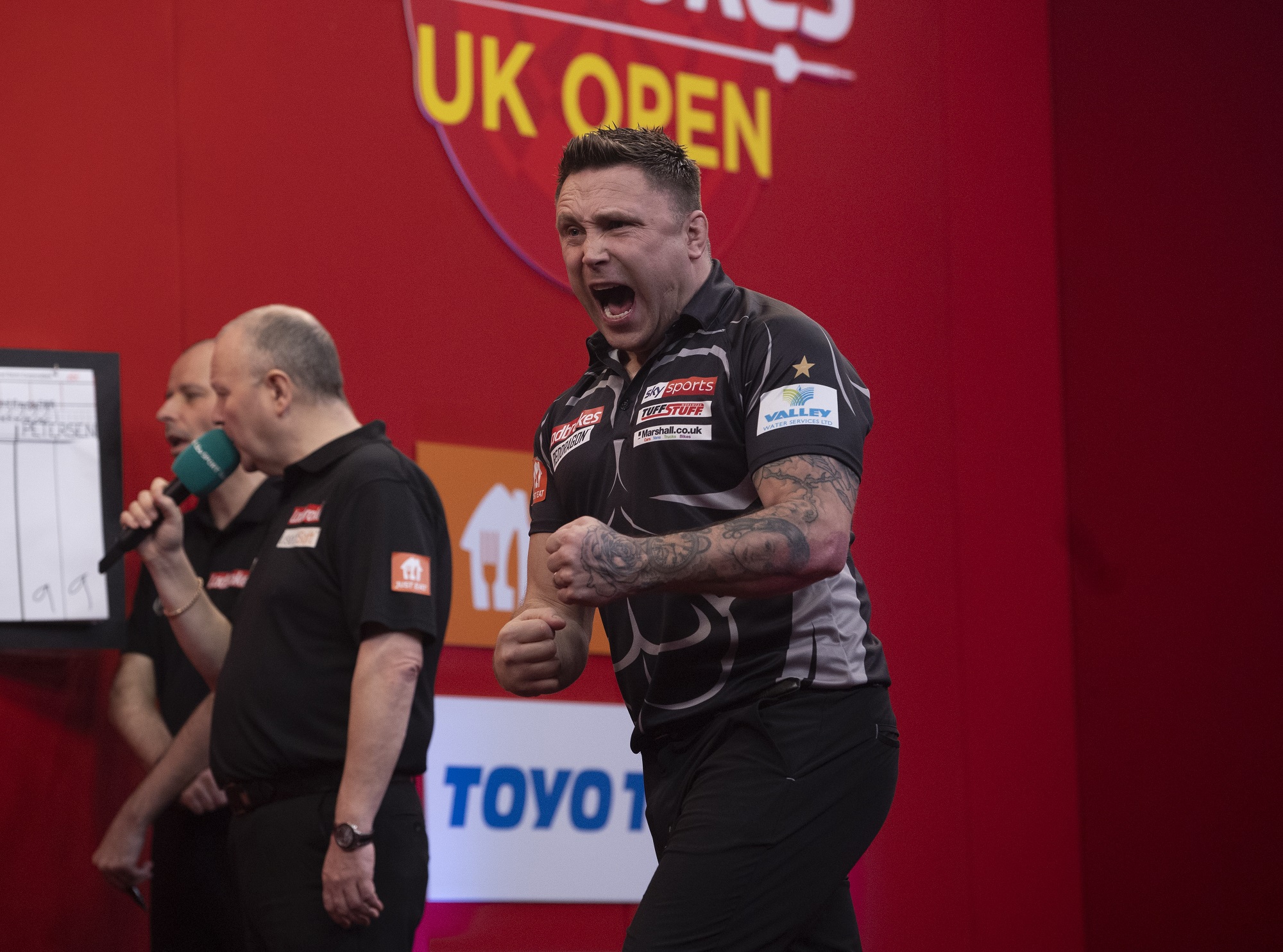 Price was in imperious form as he produced his best day of darts since January 3, when he took William Hill World Darts Championship glory, as he scooped the £10,000 top prize on the second day of PDC Super Series 2.

The Welshman averaged 102.89 across his seven matches on the day, the sixth highest total for a Players Championship winner since the DartConnect scoring system began being used in 2018, and averaged under 100 in a game just once.

He overcame Chris Dobey in the first round and was taken all the way to a deciding leg by Andrew Gilding in round two, before seeing off Rowby-John Rodriguez, Scott Mitchell and Michael Smith to reach the semi-finals.

There, he had to battle across 13 legs before ending Brendan Dolan's dreams of claiming back-to-back Players Championship wins in a high-quality contest, surviving a missed bullseye from Tuesday's champion before taking the deciding leg in 14 darts to avenge a defeat to the Northern Irishman 24 hours earlier.

A 12-dart break of throw from Price in the opening leg of the final set the tone for another top-notch affair, with Humphries responding with a 13-darter before edging ahead.

Humphries hit back with a 13-darter and took out 126 on the bull for a 12-darter to keep his hopes alive, but Price found a key 174 score to leave 20 in the next before a third-dart double ten sealed the title.

"I'm enjoying darts and playing well," admitted Price. "Every game I play is really tough because everyone's raising their game against me.

"It brings the best out of me and it's another win for me, so hopefully I can push on from here and pick up a couple more.

"I've been playing pretty decent - sometimes I miss a couple of doubles, if you give people chances they're going to take them and Brendan did exactly that yesterday.

"Obviously everyone's out to beat you and I've got a big target on my back, but it's nice to get another win under my belt. I'm playing well but people are playing well against me as well."

Humphries' run to the decider followed up his recent appearance in the Ladbrokes UK Open final ten days ago, as he narrowly missed out in a second senior ranking final.

Hughes' run to the last four was an encouraging return to form following his elbow surgery earlier this year as he won five matches on Wednesday.

The PDC Super Series 2 action continues on Thursday with Players Championship 7, as the 128 players return to compete for a further £75,000 in prize money from 1400 GMT.

Live streaming is available on PDCTV - subscription options include a £1.99 One-Day Pass or a £2.99 Two-Day Pass.

The PDC's Twitter page will be updated throughout the day with details of which matches are coming up on each streaming board.