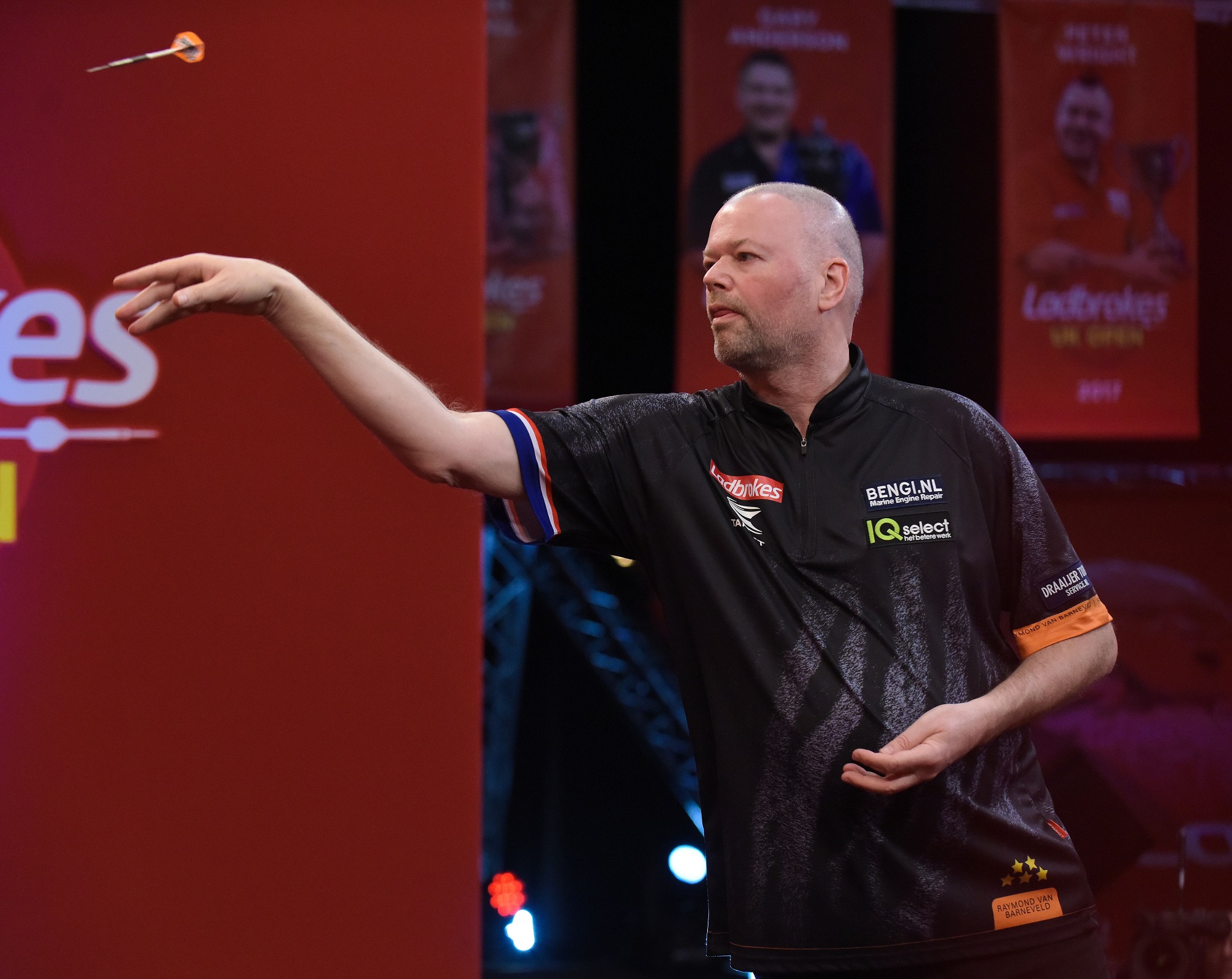 The PDC has released the following statement following a suspension in play at Players Championship 8:

Van Barneveld was defeated in the first round of the PDC Super Series 2 event in Milton Keynes, and later required medical assistance after becoming unwell in the arena.

He was treated by paramedics but has not required hospital treatment, and returned to his hotel room at the Marshall Arena to be further monitored.

Play was suspended whilst Van Barneveld received treatment before resuming at 1445 GMT.