Durrant drawing inspiration from 2020 campaign ahead of title defence

News
>
Durrant drawing inspiration from 2020 campaign ahead of title defence 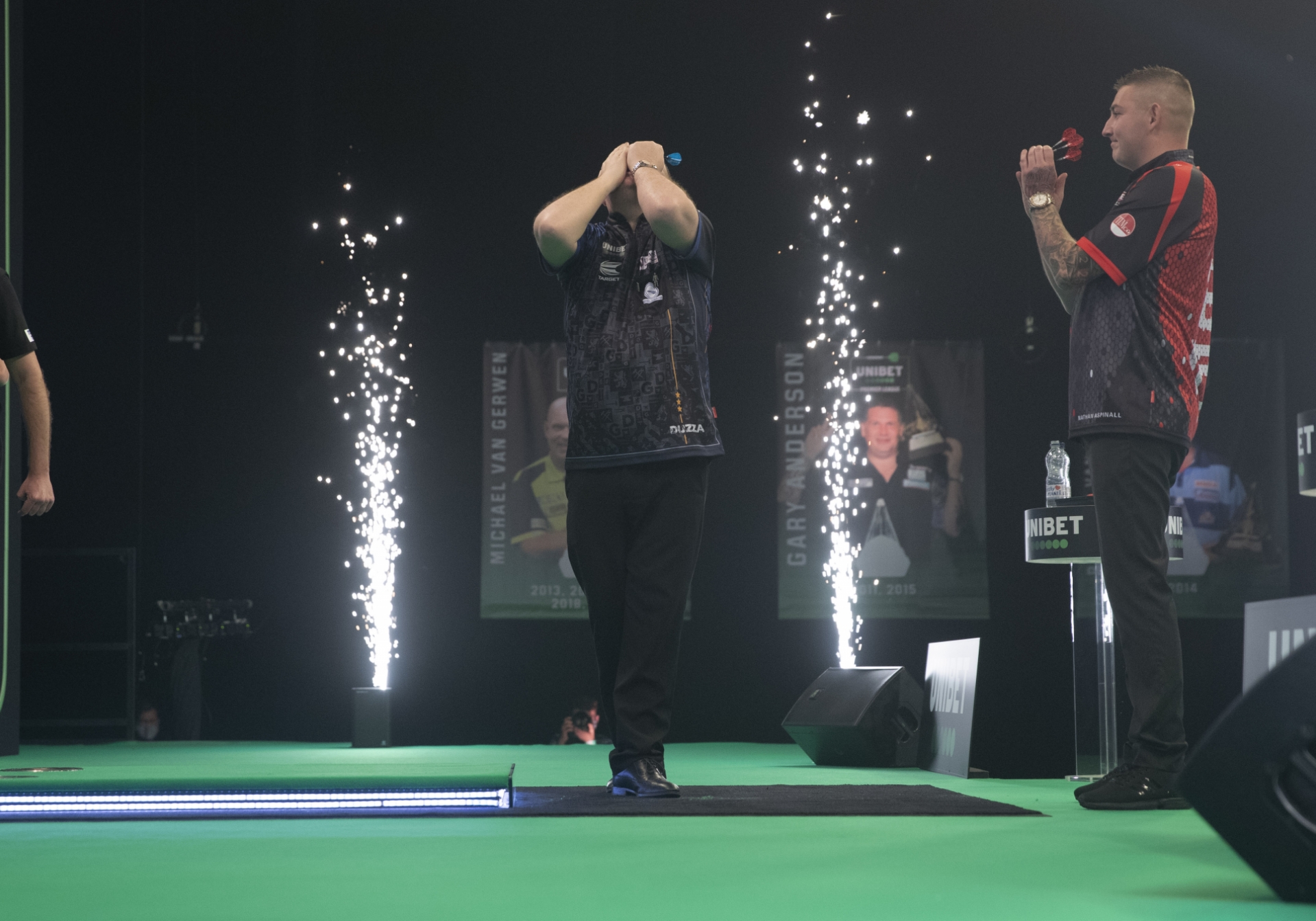 Glen Durrant is drawing inspiration from his sensational 2020 campaign as he prepares to begin his Unibet Premier League title defence on Monday.

Premier League glory in October was the crowning moment of a remarkable first two years in the PDC for the three-time Lakeside champion, but a downturn soon followed.

Durrant contracted Covid-19 the following week, missing the year's final European Tour event and the European Championship before falling at the first hurdle in the Grand Slam and Players Championship Finals.

Defeat in the last 16 of the World Championship to Dirk van Duijvenbode brought a disappointing end to the year for Durrant, who took a fortnight's break from playing during January to recharge his batteries.

"After the Premier League final it all went badly wrong," admitted Durrant, who joined Phil Taylor and Michael van Gerwen in topping the league phase.

"I got ill and maybe rushed myself back too soon by playing in the Winter Series ahead of the Grand Slam, and technically my throw wasn't quite right either.

"I went into the Worlds with my confidence at nil percent. I was trying to talk a good story, but inside I knew I was struggling.

Durrant will face Nathan Aspinall in a repeat of last year's Premier League final on Monday's Night One at the Marshall Arena, Milton Keynes.

The 50-year-old showed signs of a revival by reaching the quarter-finals of Players Championship 3 in late February, but Durrant admits his game is still in recovery.

"I possibly would have pulled out of the Premier League had it been a February start and I was still in a slump," Durrant continued.

"I don't want to play in front of millions of people on Sky Sports and get walloped 7-0 every week.

"That's not my style, so that might give an example of where my mindset was.

"It's ridiculous to even think that now, but that's gone.

"I've got to remember what a fantastic two years I've had in the PDC. I've still got ambitions to win a European Tour event, the World Matchplay and, of course, the burning desire is to win the World Championship.

"And nobody can ever take winning the Premier League away from me."

Read more of our sit-down feature with Glen in the Official 2021 Unibet Premier League Programme.