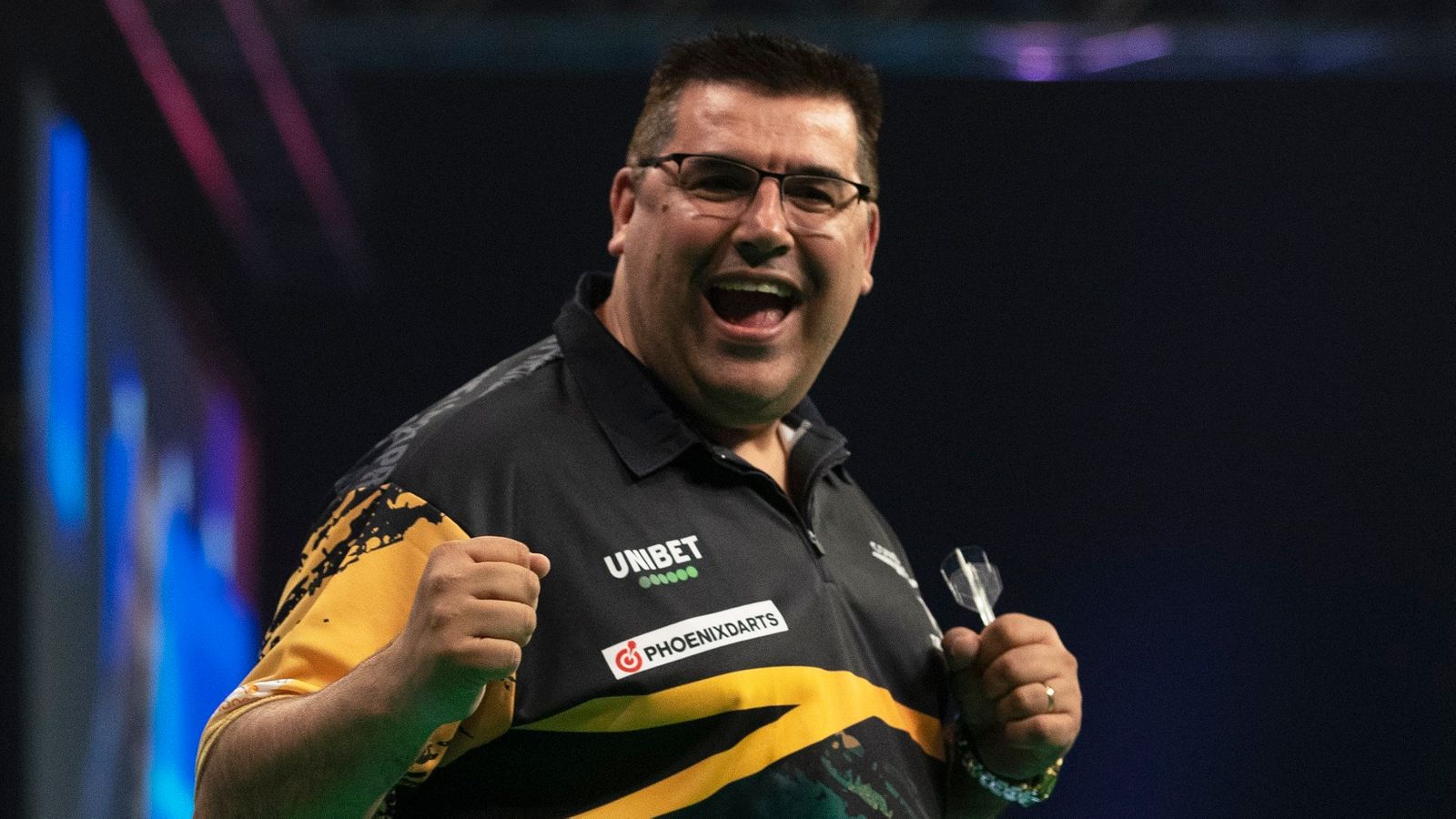 Jose de Sousa won his second Players Championship of 2021 by defeating Michael van Gerwen 8-6 in the final of Tuesday's event in Milton Keynes.

The Portuguese star won Players Championship 9 in April, and claimed a further £10,000 title with a superb display in the second of four days in PDC Super Series 4.

De Sousa's success also saw him deny Van Gerwen a first title for six months, as the Dutchman's quest to return to winning ways continued with some outstanding finishing in an enthralling final.

Van Gerwen did lead 3-2 during the decider, but De Sousa surged into the lead with three straight legs to take an advantage he would not release.

De Sousa had taken out 120 early in the contest, with Van Gerwen's 95 finish which featured two double 19s bettered by a sensational 170 checkout in leg nine and checkouts of 100 and 112 to keep his hopes alive at 7-6.

The Dutchman also left 24 in his bid to force a deciding leg, but De Sousa held his nerve with a 108 finish on tops to secure the triumph.

"I'm very happy to win today," said De Sousa. "It is an honour to play against a player like Michael. He always tries to make the best game.

"I've shown to the fans and everybody involved in darts that I have the darts to play with these players. For me, it's really amazing what I'm doing in the PDC, unbelievable."

De Sousa had averaged an incredible 127 in his first round win on Monday, and produced a further four ton-plus averages 24 hours later on his way to the title.

After taking early wins over David Evans and Jamie Hughes, De Sousa came from 5-4 down to defeat Rob Cross and then overcame World Matchplay champion Dimitri Van den Bergh 6-1 with a 105.5 average.

A see-saw semi-final saw him defeat Gabriel Clemens 7-5, with the German ace coming from 4-0 down to lead 5-4 - landing three successive 13-darters in the process - before the Portuguese regained his range to close out the win.

Van Gerwen's route to the final was less problematic, as the three-time World Champion posted 106 averages against Rusty-Jake Rodriguez in round two and in a 7-2 semi-final win over Gary Anderson.

He also whitewashed Sean Fisher and defeated Luke Humphries, Chris Dobey and Ted Evetts on his way to the decider, in his bid to claim a first title since November's Players Championship Finals.

Anderson enjoyed his best run of 2021 as he reached the semi-finals, seeing off Monday's Players Championship 13 winner Joe Cullen with a 106 average in the last eight.

Clemens was a ProTour semi-finalist for a third time this year following his run in the second of four Players Championship events this week.

World Champion Gerwyn Price exited in the first round to Luke Woodhouse, while world number two Peter Wright was a second round casualty against Josh Payne.

Play in PDC Super Series 4 continues on Wednesday with Players Championship 15, which will feature live streaming from two boards via PDCTV throughout the event, which begins at 1400 BST.

Tuesday's event featured 126 players, with Nathan Aspinall and Keane Barry ruled out. A full field of 128 players is expected for Players Championship 15.