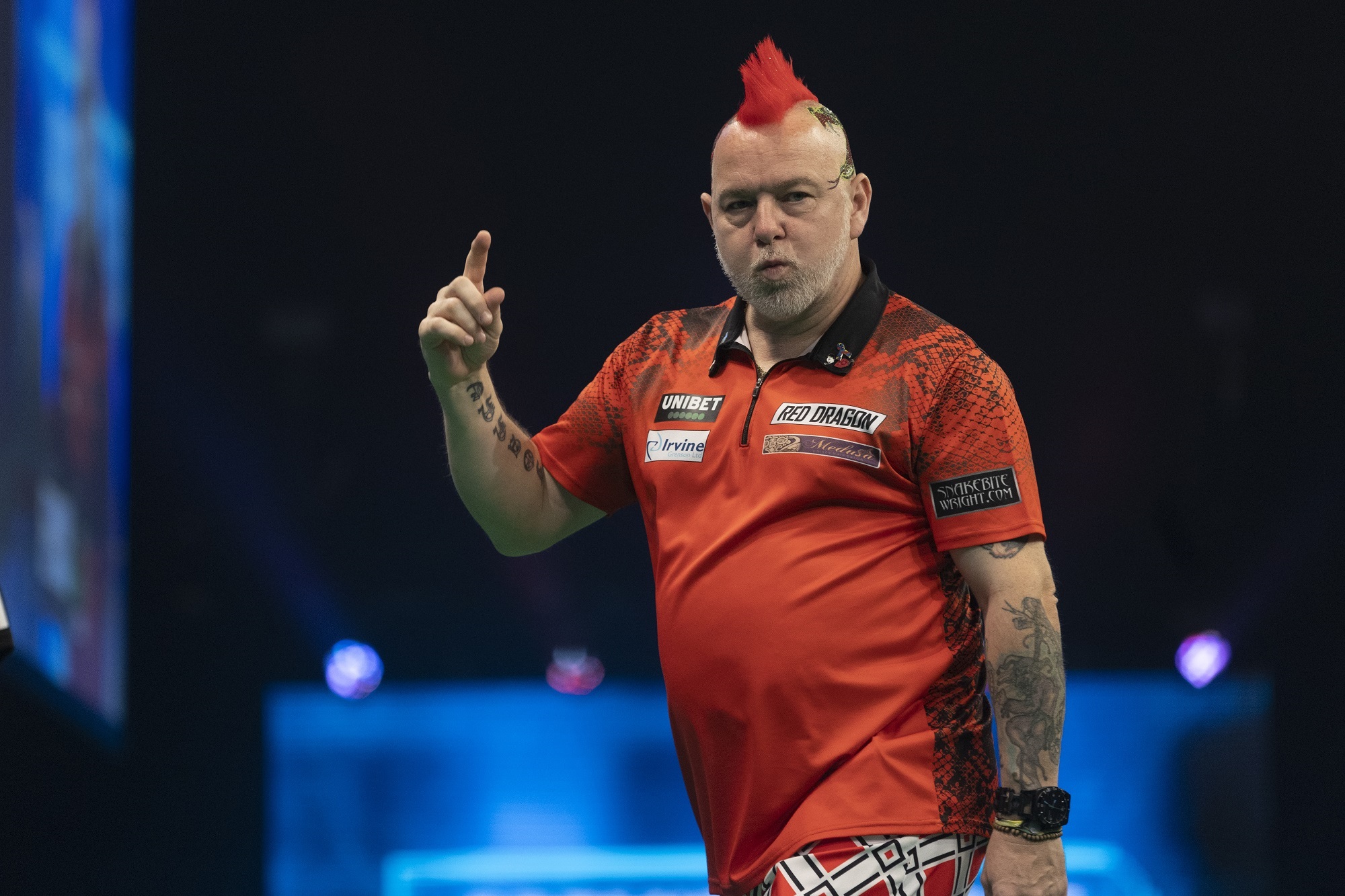 Peter Wright picked up his second ranking title of 2021 with an outstanding 8-4 defeat of Luke Humphries in Thursday's Players Championship 16 final in Milton Keynes.

Although he ended the day in sensational form, Wright followed up comfortable early wins over Scott Williams and Lorenzo Pronk by being taken to a deciding leg by Ryan Joyce and Brendan Dolan.

Wright found himself 5-3 down to Joyce before claiming the final three legs for a victory which he sealed with a 170 checkout, and held off Dolan's fightback from 5-2 down to book his quarter-final spot.

There, he powered past Rob Cross with a 103 average in a 6-1 win, and then averaged over 106 in a ruthless 7-0 semi-final whitewash of Callan Rydz.

He extended his winning run to 13 straight legs by moving into a 3-0 lead in the final with legs of 15, 13 and 11 darts, twice breaking Humphries' throw.

The UK Open finalist battled back to 3-2 before Wright finished an 11-darter and took the next two legs to lead 6-2, moving his in-running average to 113.

Back-to-back 14-darters from Humphries saw him continue to battle in his quest for a first senior title as he pulled back to 6-4, but Wright regained breathing space on double 16 before finishing a 13-darter to seal the win.

"Luke's a quality player. I've played him many times, and it shows you how good the darts system that we've got is that he's come so far."

Humphries has reached the UK Open final and two previous Players Championship deciders in 2021, and showed his quality on Thursday in another fine day.

He came through deciding legs against Alan Soutar, Rusty-Jake Rodriguez and Steve Beaton, but averaged 107 in a victory over Karel Sedlacek and also overcame Dutch duo Geert Nentjes and Dirk van Duijvenbode in reaching the final.

Van Duijvenbode enjoyed his first career victory over Gerwyn Price with a 6-3 quarter-final defeat of the World Champion, and he also overcame Premier League winner Jonny Clayton amongst five wins on the day.

Rydz, meanwhile, also lost out in the semi-finals in his bid to claim a second senior title in his best run since winning Players Championship 2 in February.

The Bedlington thrower averaged a huge 113 in his second round whitewash of Jack Main, and also saw off John Michael and Adrian Lewis with averages above 102 on the day.

Two-time World Champion Lewis reached a second successive quarter-final in an encouraging return to form, including a 108.6 average in his first round whitewash of Kai Fan Leung.

Price followed up his run to Monday's final by concluding the week with a last eight appearance, while Cross followed up Wednesday's semi-final with a quarter-final 24 hours later.

Steve Beaton enjoyed his best run since February as he completed the quarter-final line-up.

The PDC ProTour circuit will resume next month with PDC Super Series 5 from July 5-8 in Coventry, featuring the final four Players Championship events before the cut-off for the Betfred World Matchplay.