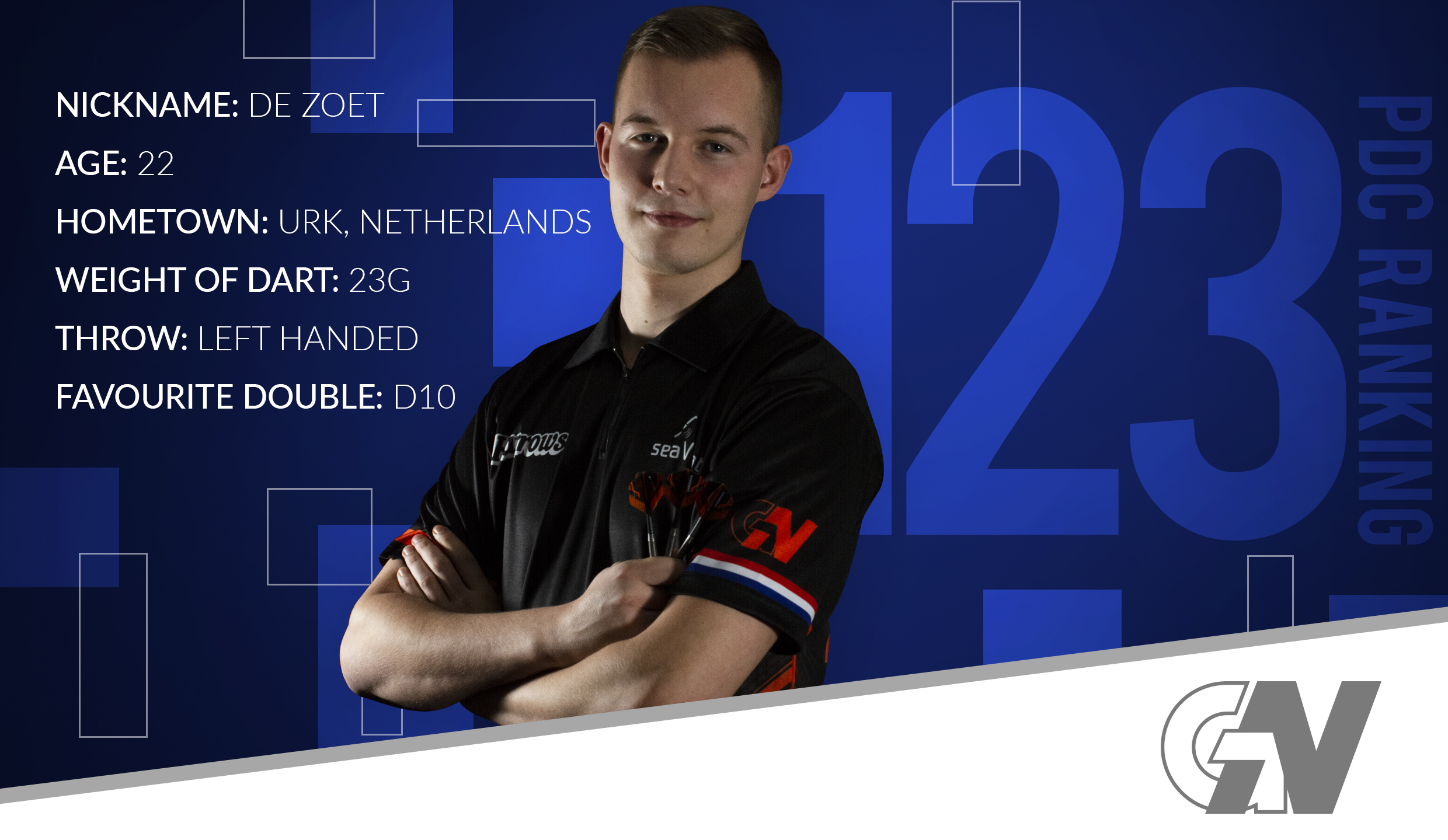 GEERT NENTJES
‍At only 22 years of age, Geert is the youngest member of the Harrows team but he has already been tipped by many to go all the way in the PDC. Having qualified for the last two PDC World Championships, 2019 was Geert’s first year as a professional PDC player. Geert is a regular feature on the Pro Tour and has earned himself the reputation as a frequent 9-dart hitter, after achieving this feat three times in 2019. As one of the youngest players on the tour, Geert has it all ahead of him and if the talent he has shown this early in his career is anything to go by, he looks set to become a PDC star of the future.

HOW DID YOU GET ON THE DARTS CIRCUIT, WERE YOU SPOTTED IR DID YOU WIN COMPS TO GET THERE?
‍
When I started playing darts I was really bad, but I liked to go to the darts club and continued playing darts. After maybe a few months I started to become a little bit better until I got to the point that I was one of the best at the darts club.

YOUR BEST MOMENT IN DARTS SO FAR?

I think it was the final weekend of the 2018 Development Tour. I came with nothing and went home with a Tour Card and a World Championship spot. So I couldn't have been happier that weekend.

I had offers from different dart suppliers, but I felt that Harrows wanted me the most. Because they only have a few darts players, they can give me much more attention and help than anywhere else. I also like the team very much, it's a young team and they really want what's best for me. So i'm very happy that I've signed with Harrows.