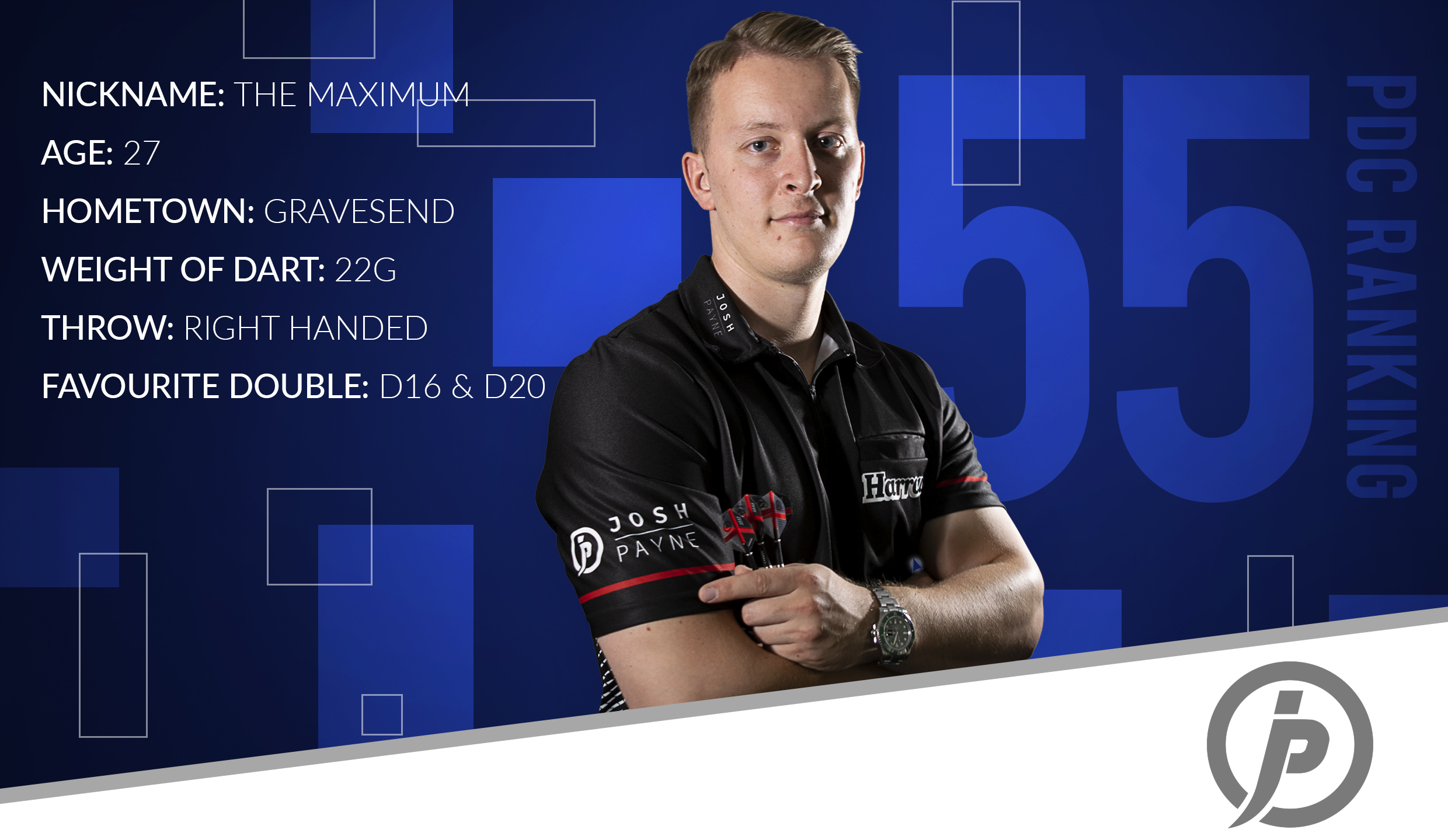 JOSH PAYNE
‍Joining the team back in 2013, Josh is the longest standing professional player on the Harrows roster. His first win came in 2013 when Josh picked up a Challenge Tour title and the following year he confirmed his two-year PDC Tour Card by finishing second on the 2014 Youth Tour OoM. Josh’s next title came in 2016 when he won his first Development Tour event and, in 2017, he reached the final of the World Youth Championship. It was in April 2016 that Josh won his first official PDC title, beating James Wade in the final to claim PC6. Two years later he doubled his Players Championship tally by overcoming Peter Wright to clinch PC12. Josh has been part of Harrows for a long time now and we look forward to watching him continue to progress through the PDC and hitting the heights we know he is capable of.

WHERE DID YOU START PLAYING?

I started playing darts around 10-11 years old.
I used to go round to my dads the odd days in the week and weekends and got the bug for it. Me and my older brother played with him, and the funny thing is, my brother broke his right arm (his darts arm) and still beats me with his left! But as I got older, I just carried on and progressed, getting better in my teens.

YOUR BEST MOMENT IN DARTS?

My best moment in darts would of course be winning my first ever PDC pro tour title. The feeling after that final I had was amazing, and to beat such good opposition to win just topped it off. I believe there's so much more to come from me as I will look to better myself on the stages and go far in the competitions.

WHICH YOUNG PLAYERS DO YOU SEE MAKING THE BIGGEST IMPACT IN DARTS?
‍
I wouldn't really know, all I know is there have been good youth players come and go over the years. I would just say stick at it and concentrate on your goals. Most of all, enjoy it, don't feel to pressured to do well at a young age, otherwise the love for the sport can change.