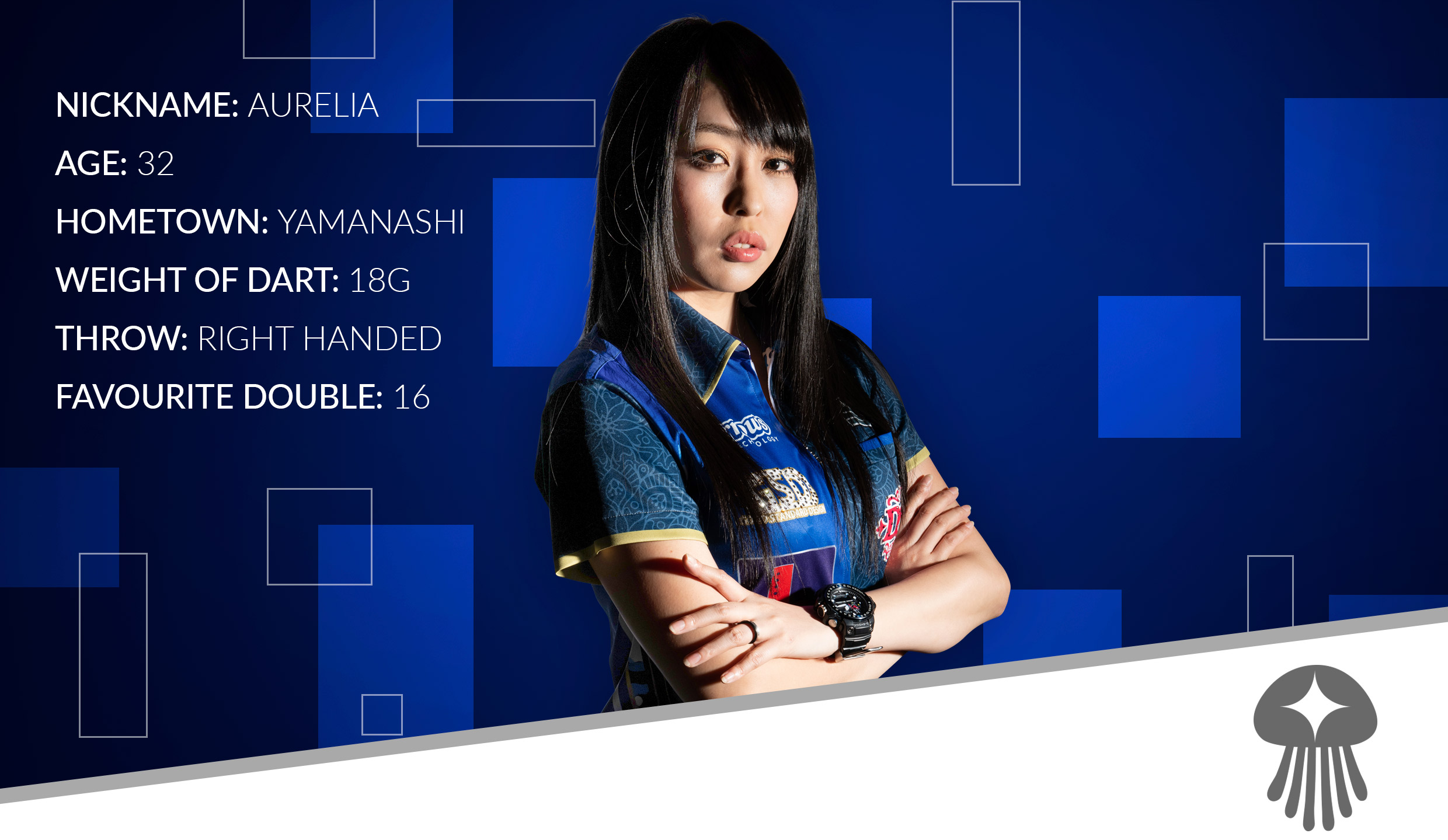 MARI KOMARI
Mari got her Japan Tour professional licence in 2013, then later transferred to the Perfect Tour. In 2018 she returned to the Japan Tour and signed for Harrows who now manufacture her "Aurelia" darts, which are sold exclusively in Japan.

I started playing darts in my hometown. My friend invited to me to play for the first time and then I played almost every day for 1 year and 6 months. I wanted become a pro-darts player, so I made the decision to move to Tokyo and work in a darts pub.

My hero is Takehiro Suzuki. I had never spoken to him before I joined Harrows. However, after signing I started to talk to him and he gave me some great advice on how to approach darts tournaments. I like the way he throws his darts during big games.

I met Harrows at the Japan tour 2018 at the Niigata stage. At that time I had several companies offering me a sponsorship deal, however Harrows was the first company to contact me through social media and to actually meet me in person to talk about sponsorship. I always wanted to have a signature barrel and by working closely with Harrows they have made my dream come true! Without Harrows I would not be where I am today.