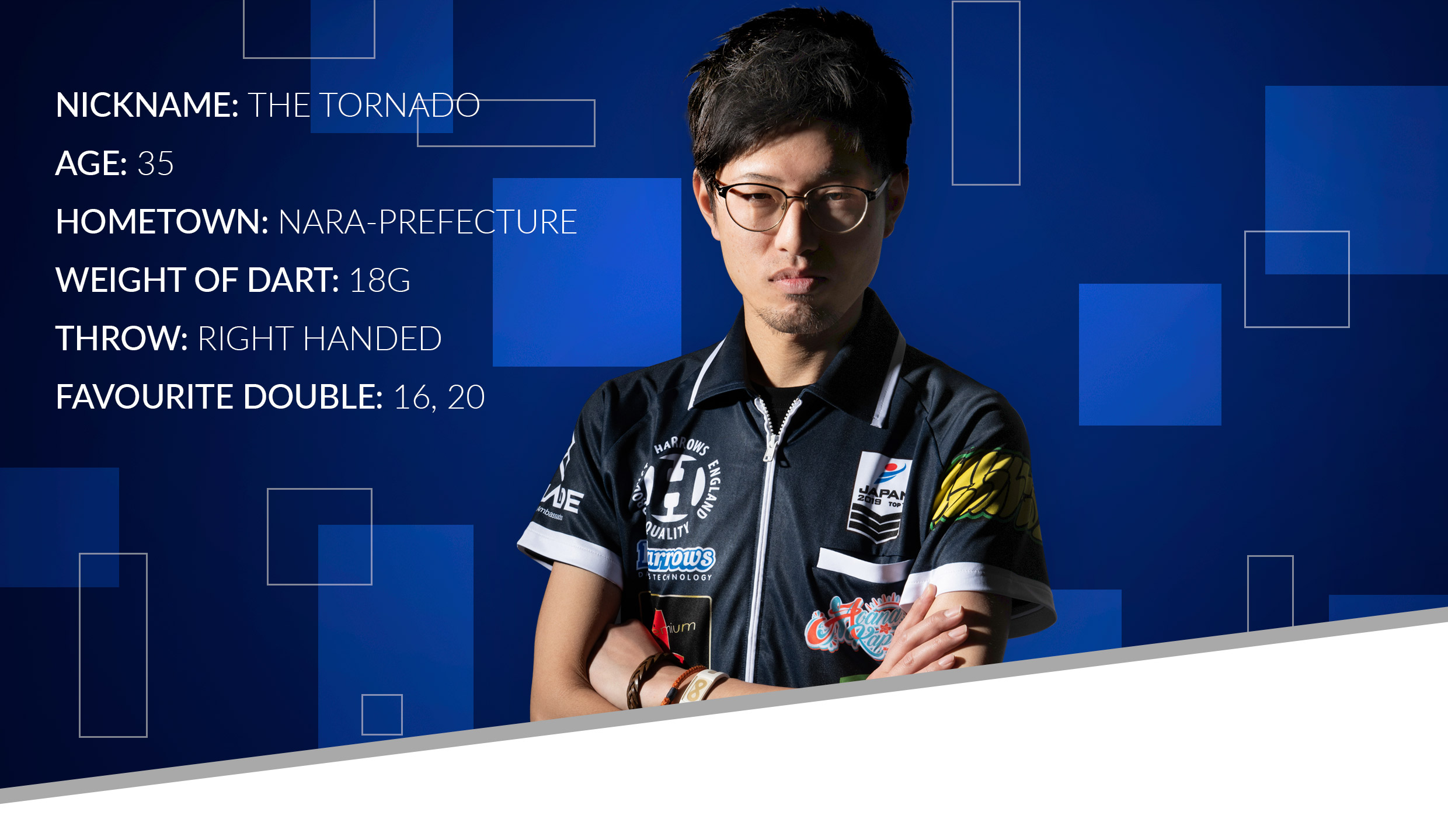 SHINGO ENOMATA
Shingo first appeared on the soft tip scene in 2010 when he featured on Dartslive TV, after which he started to become a popular player in Japan. Soon after becoming a Perfect pro player he achieved his first 9 darter on the circuit. He now features regularly on the Japan Tour and reached the No.3 spot in 2017.

There was a soft tip darts machine in the pub close to my house. I went there 4 times a week to play. I saw a soft tip darts tournament DVD and that’s when I decided that I wanted to became a Pro, so I started working in Osaka’s darts pub.

WHAT IS YOUR GOAL?

My goal is to rank 1st on the Japan Tour and challenge for a PDC Q-school tour card.

I was attending The World darts tournament and Harrows had contacted Dartslive because they wanted to speak to me. It's amazing that I've been a Harrows player for 7 years now.