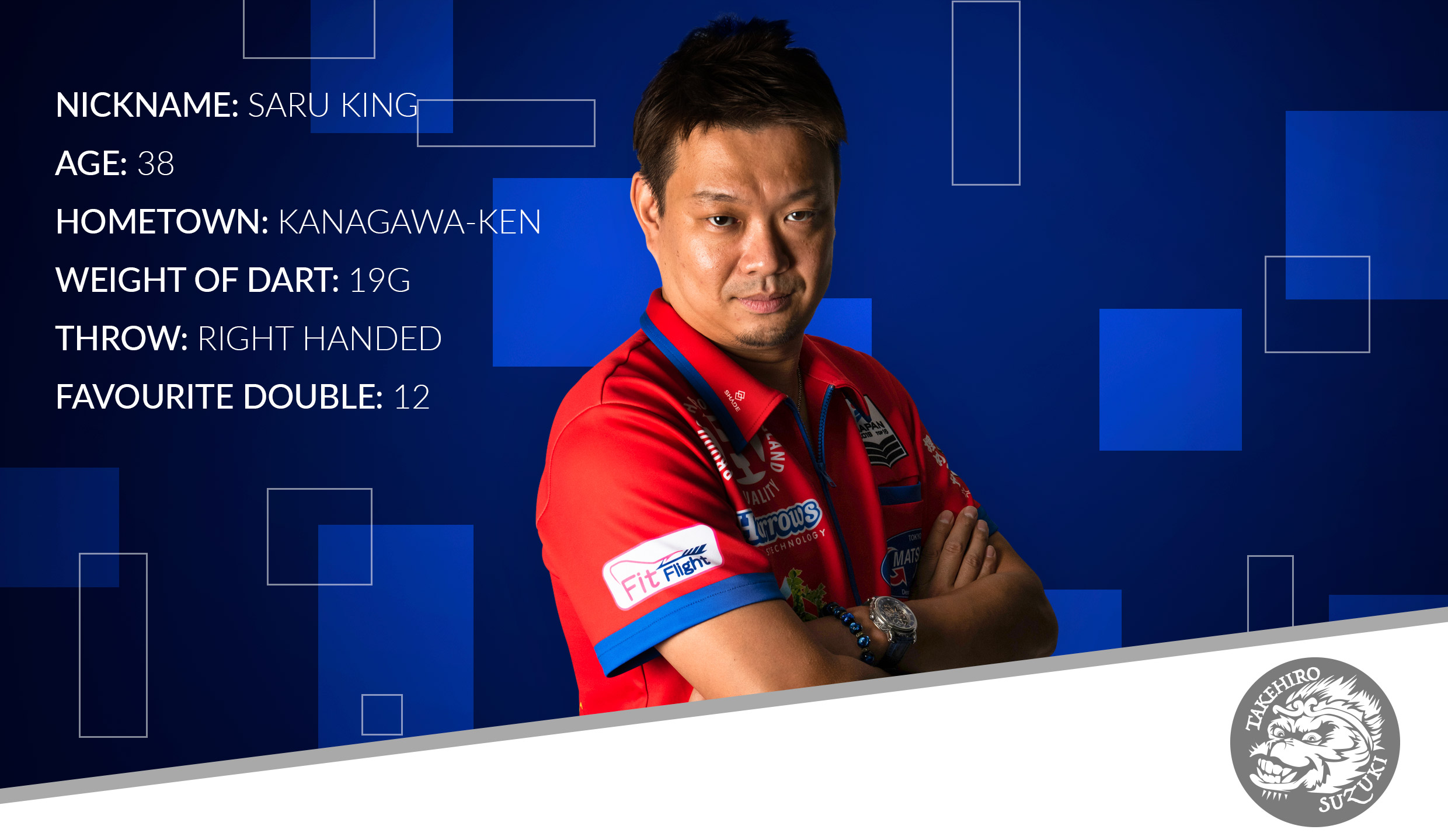 TAKEHIRO SUZUKI
Takehiro joined Team Harrows in 2017 and during his time as a professional soft tip player he has won multiple tournaments. His first title was in the 2009 ADA tournament where Tak was the Japanese representative and he defeated Paul Lim and Lawrence Illagan in the singles to win the event. 2010 saw Tak enter the Revolution tournament where he came 1st. His next big win was The World 2012 Grand Final. In 2014 Tak was ranked No.1 on the Japan tour.

I got married and my wife’s mother was running a darts pub. Then I became the manager there, which is when I started playing darts.

Peter Wright. I like the way he plays on the stage.

Harrows contacted me in 2017. Harrows is a big name on the Japanese market, so it was an easy decision for me to make and I have been with them ever since.