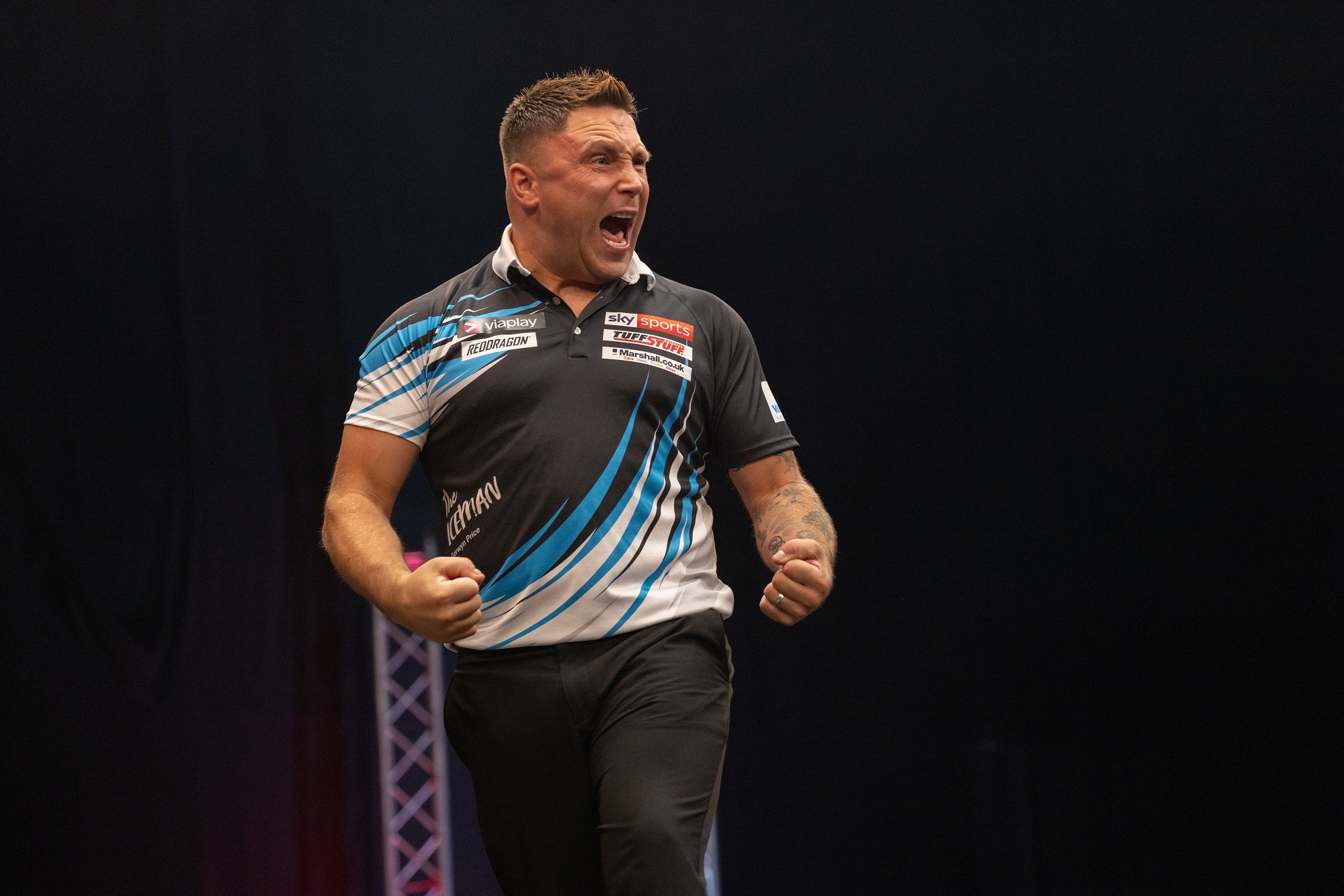 World Champion Gerwyn Price has withdrawn from the Viaplay Nordic Darts Masters due to a recurrence of an elbow injury.

The Welsh star had defeated Daniel Larsson 6-3 in Friday's first round at Forum Copenhagen, and would have been due to face Fallon Sherrock in Saturday afternoon's quarter-finals.

However, an ongoing elbow problem flared up on Friday and the world number one has now withdrawn from the remainder of the Nordic Darts Masters.

"I'm gutted to have to withdraw, especially after getting the win tonight, but I have to consider the long-term effects of the injury," said Price.

"It's a problem I've had previously and I know that playing up to three games on Saturday would be extremely tough and could also affect me ahead of some important events coming up.

"I want to thank the Danish fans for giving me a great welcome on Friday and I hope I can play in front of them again next year."

Following Price's withdrawal, Sherrock now receives a bye through to the semi-finals on Saturday evening, where she will play Dimitri Van den Bergh or Gary Anderson.

The tournament will be shown live on Viaplay, worldwide through the PDC's broadcast partners including ITV4, DAZN and RTL7, through PDCTV for Rest of the World Subscribers and via matchroom.live.