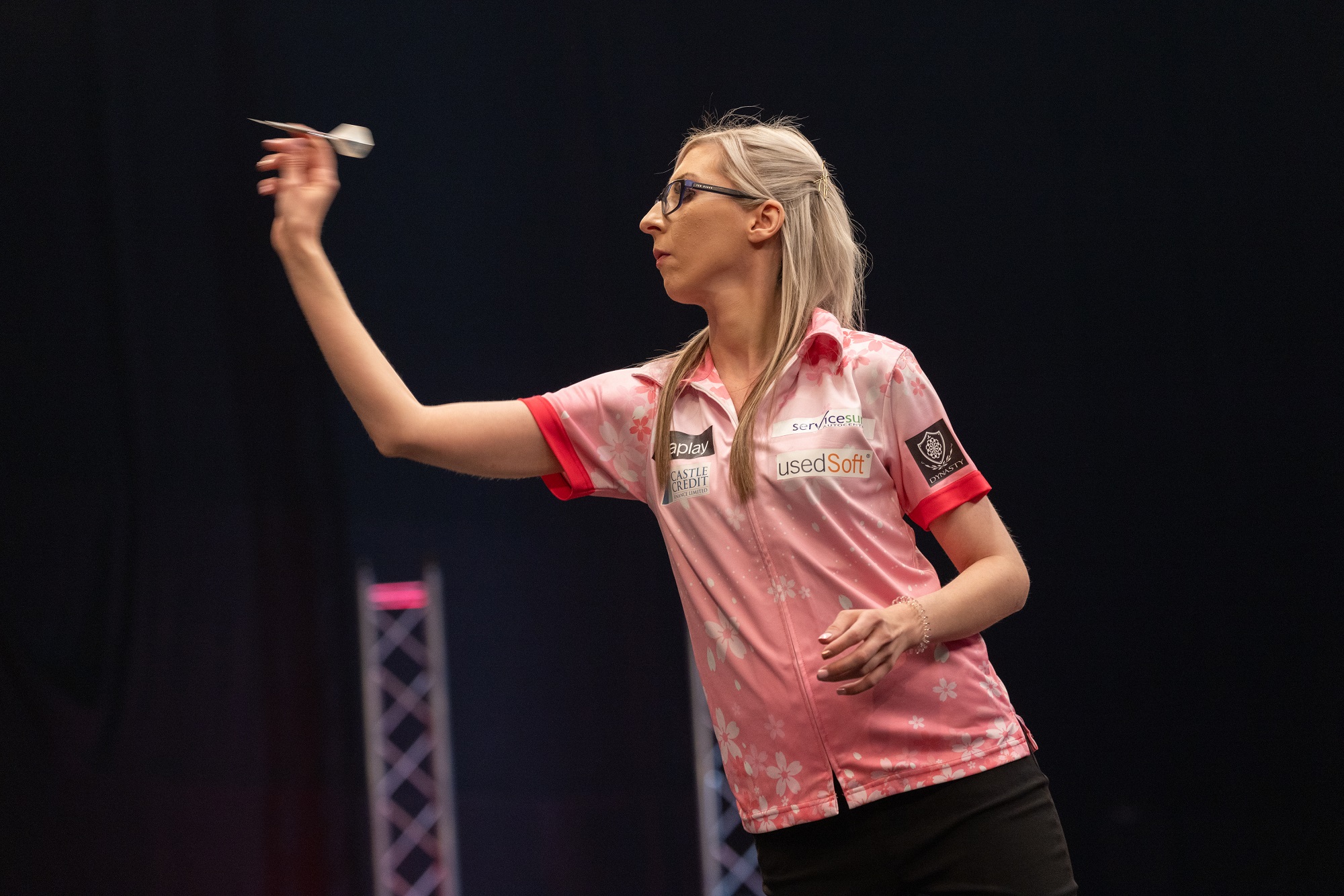 Fallon Sherrock enjoyed a winning return to PDC action on Day One of the Viaplay Nordic Darts Masters in Copenhagen on Friday.

Sherrock ended her year-long absence from the televised PDC stage with a resounding 6-1 defeat of Denmark's Niels Heinsøe in front of an exuberant local crowd at Forum Copenhagen.

World Series debutant Heinsøe's 11 missed double attempts were punished by Sherrock, who picked up her first win on TV since her exploits at Alexandra Palace in December 2019.

"It felt great to be back out there," said Sherrock. "It's been too long since I've played in front of a big crowd like that, but at the same time it felt like home.

"There was a dodgy leg in there, but I was quite happy with most of my scoring. I need to sharpen my darts because I had a few bounce-outs!

"I'm just really looking forward to coming back tomorrow now, and who knows what could happen."

Sherrock was due to face Gerwyn Price in Saturday afternoon's quarter-finals after the world number one claimed a comfortable 6-3 win over Sweden's Daniel Larsson.

However, Price has since withdrawn from the tournament due to a recurrence of an elbow injury.

Following Price's withdrawal, Sherrock now receives a bye through to the semi-finals on Saturday evening, where she will play Dimitri Van den Bergh or Gary Anderson.

Latvia's Madars Razma was the sole winner of the Nordic & Baltic representatives, as he impressed in knocking out world number ten Nathan Aspinall.

Razma, a PDC Tour Card Holder since 2017, averaged 95.83 and landed three 180s on his way to a 6-4 success over the former US Darts Masters champion, closing out victory with an 11-darter.

"It feels amazing," said an elated Razma. "I have to thank the Copenhagen crowd, they made this a great experience for me.

"Even after I missed match darts I believed in myself. I was always 100% sure I would win this game.

"I've beaten a top ten player in the world, I feel so proud to have achieved this and now I'm looking forward to coming back tomorrow."

Awaiting Razma in the last eight will be world number three Michael van Gerwen, who battled back from 5-4 down to come through a last-leg decider against dangerous Lithuanian Darius Labanauskas.

Saturday's quarter-finals will begin at 1300 local time (1200 BST), before the decisive evening session sees the semi-finals and final from 2000 local time (1900 BST).

The tournament is being shown live on Viaplay, worldwide through the PDC's broadcast partners including ITV4, DAZN and RTL7, through PDCTV for Rest of the World Subscribers and via matchroom.live.