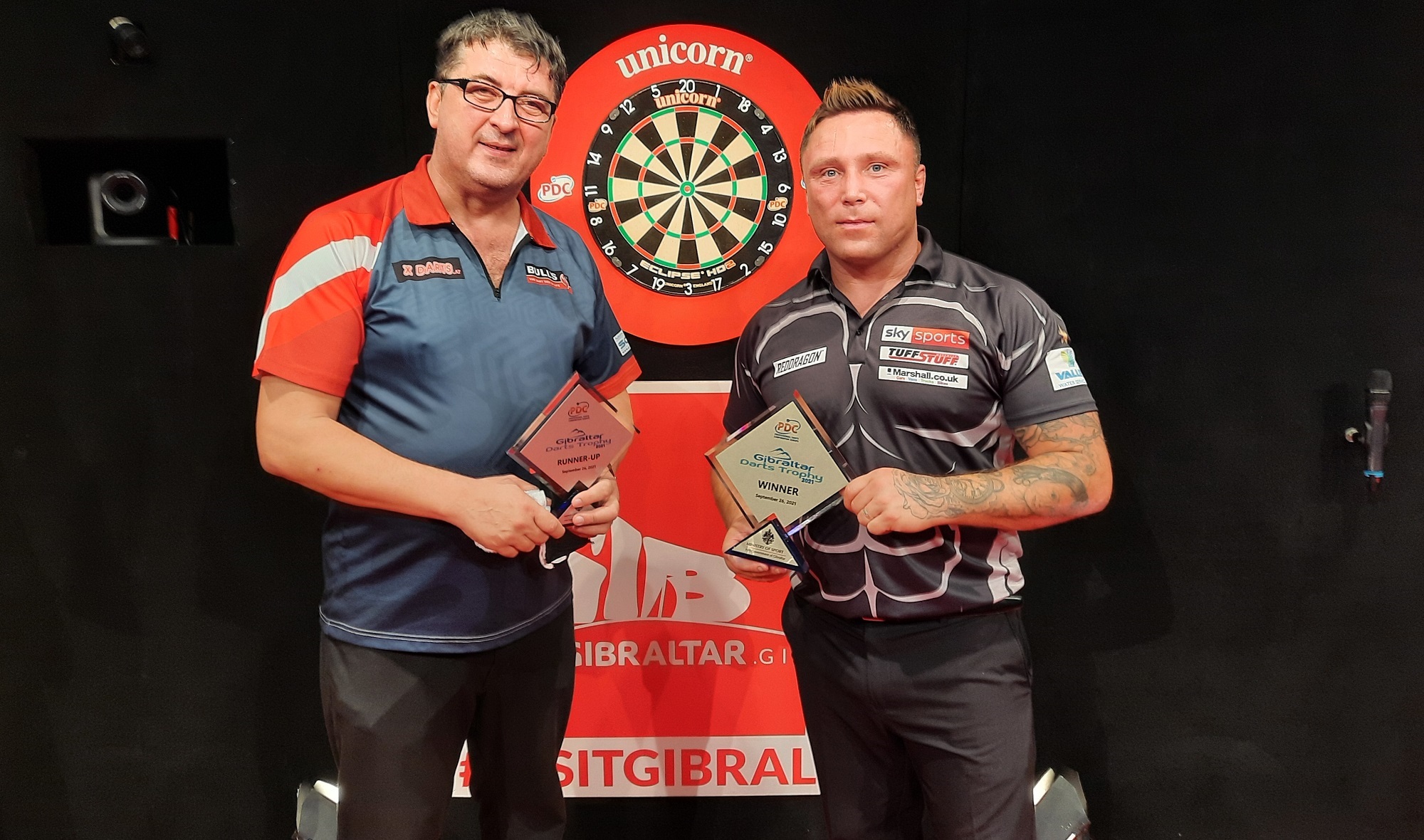 The World Champion had taken victory in the Hungarian Darts Trophy earlier this month, and sealed the £25,000 title in the year's second - and final - European Tour event.

Price performed superbly throughout the weekend, following up Saturday's second round win over Florian Hempel with a 102 average in his last 16 defeat of Damon Heta.

He improved on that to defy Michael van Gerwen's 105 average in a thrilling quarter-final which went to a deciding leg, before seeing off Nathan Aspinall 7-3 in the semi-finals.

The final proved a one-sided affair, with Suljovic's missed doubles in the opening two legs giving Price the opportunity to move 2-0 up.

A 70 finish gave Price the third leg, and he posted tops and double ten to claim a five-leg lead before accelerating to the winning line with legs of 11, 12 and 12 darts - finishing 94, 95 and 82 in the process of completing a fifth European Tour triumph.

"It's been a brilliant weekend," said Price, who now sets his sights on defending his BoyleSports World Grand Prix title from October 3-9 in Leicester.

"In the final Mensur wasn't the player I know he can be, but I played fantastic in the semi-final, final and quarter-final so I'm thankful for that.

"This weekend I played really well all the way through and I think I'm a deserved winner."

Price had withdrawn from the Viaplay Nordic Darts Masters last weekend following the first round due to an elbow problem, and had a cortisone injection this week before heading to Gibraltar.

"It wasn't very good in the World Cup, I could feel it then," said Price. "[The Nordic Darts Masters] wasn't a ranked event, and I knew I had to prepare for this week, next week and all the big tournaments coming up.

"It worked. A lot of people doubted what I did but I knew what I had to do."

Suljovic had also reached the final of the Cazoo World Cup of Darts a fortnight ago, and enjoyed his best run in a Singles event for two years as he won through to another decider.

The Austrian followed up Saturday's narrow defeat of Kim Huybrechts by dropping just three legs to see off Jose de Sousa and Krzysztof Ratajski, and then overcame Simon Whitlock 7-5 in the semi-finals.

Aspinall averaged over 107 in his brilliant third round win over top seed Joe Cullen, and then defeated UK Open champion James Wade to reach the semis.

Following the Gibraltar Darts Trophy, the top 32 players from the final European Tour Order of Merit qualify for the Cazoo European Championship, which will be held in Salzburg from October 14-17. For tickets, visit pdc-europe.tv.