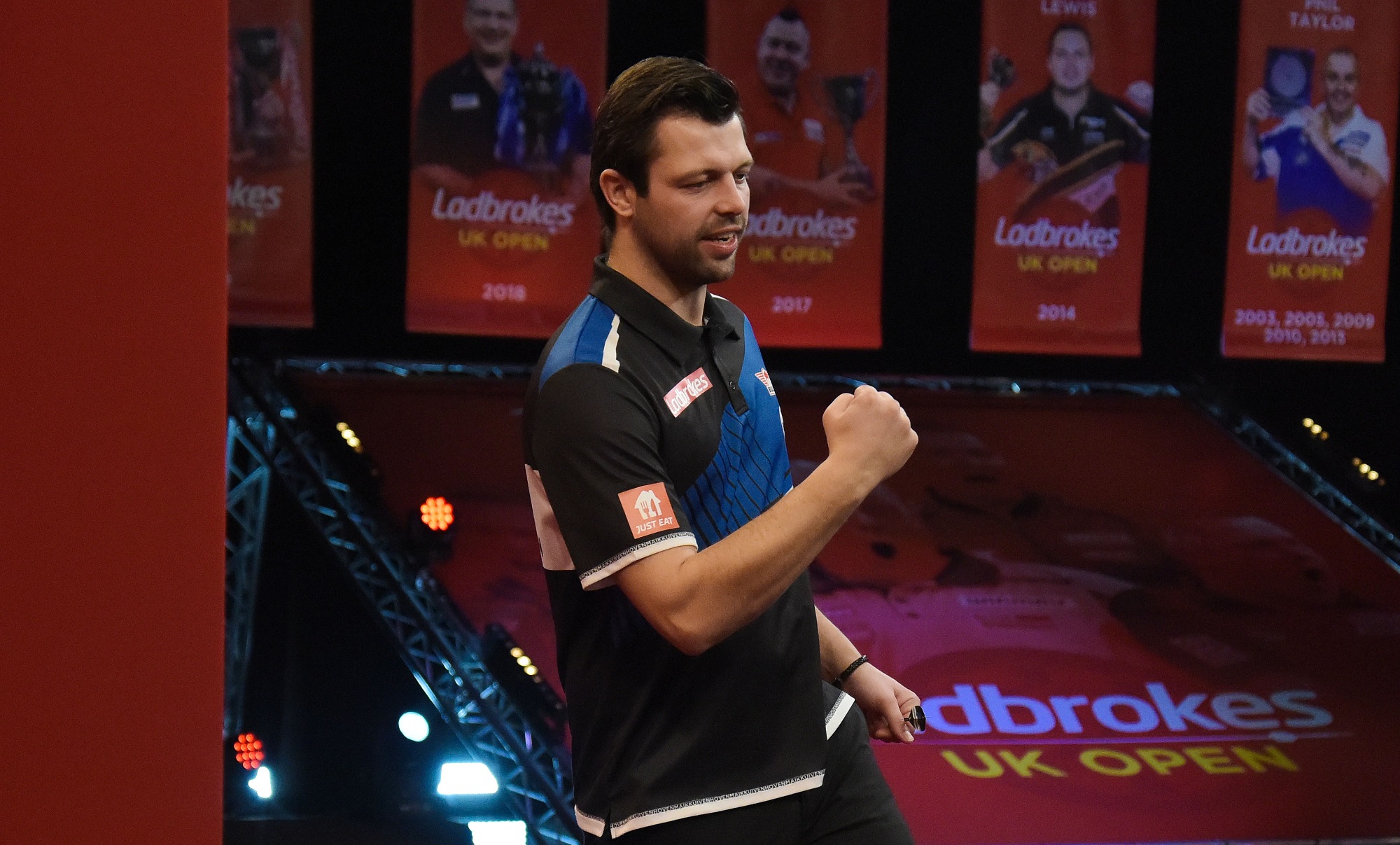 Dutch duo Maik Kuivenhoven and Niels Zonneveld were joined by Mervyn King and Kim Huybrechts in qualifying for the Jack's World Series of Darts Finals on Monday.

The PDC Tour Card Holder Qualifier saw four players secure places in the £300,000 tournament, which will take place at AFAS Live in Amsterdam from October 29-31.

Kuivenhoven and Zonneveld will compete on stage on front of a Dutch crowd in the event later this month after they impressed in Barnsley.

Kuivenhoven, a 33-year-old from Naaldwijk, enjoyed 5-1 wins over Daryl Gurney and Chris Dobey, and followed up a narrow win over Greece's John Michael with another nine-leg win in his deciding game, against Ryan Joyce.

Uitgeest's Zonneveld, 23, overcame Brendan Dolan in his decisive game to qualify, with the left-hander also impressing with a 107.61 average to defeat Mickey Mansell in one of five wins on the night.

King, who has been the runner-up in the Players Championship Finals and The Masters in the last year, defeated Damon Heta 5-3 in their decisive clash.

The veteran star also whitewashed Darius Labanauskas with another ton-plus average during the event as he sealed his spot in Amsterdam.

The fourth place went to Belgium's Kim Huybrechts, who defeated former World Champions Raymond van Barneveld and Adrian Lewis as he secured qualification - averaging 105 against the latter to follow a 104 average in seeing off Luke Woodhouse.

Zonneveld, King, Kuivenhoven and Huybrechts will enter the Jack's World Series of Darts Finals in the first round on Friday October 29, with the eight seeded players entering in the second round on Saturday October 30.

The tournament then concludes at AFAS Live on Sunday October 31, with the afternoon session's quarter-finals followed in the evening session by the semi-finals and final.

Click here to see results in the Match Centre.