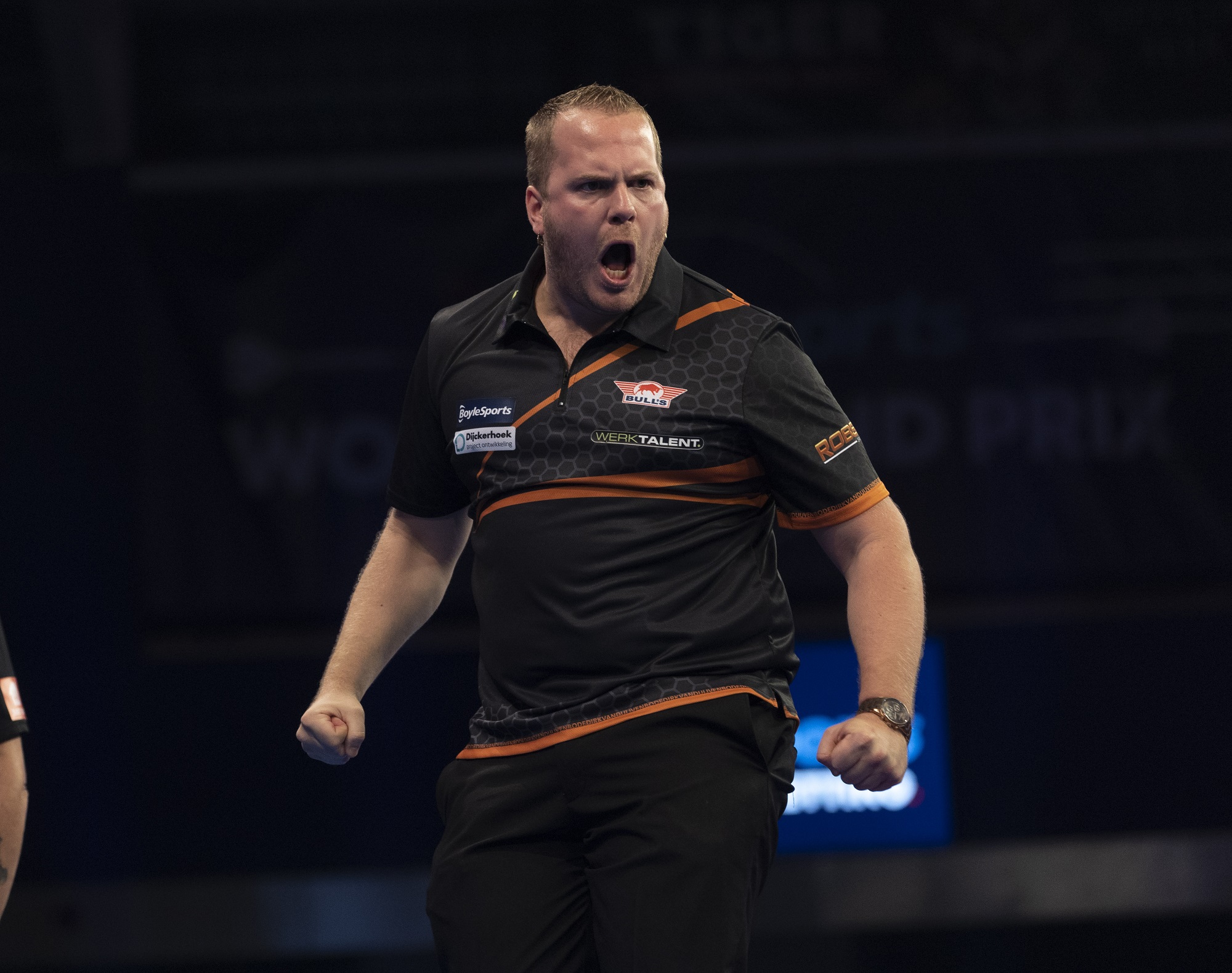 Dirk van Duijvenbode and Jeffrey de Zwaan will meet in an all-Dutch clash at the Jack's World Series of Darts Finals, with the draw for this month's Amsterdam event now complete.

The World Series of Darts Finals returns to AFAS Live from October 29-31, with the popular Amsterdam venue having staged the 24-player event two years ago.

The draw for the event has pitted Dutch talents Van Duijvenbode and De Zwaan against each other in the first round, with the winner to progress to a tie with reigning champion Gerwyn Price.

Latvia's Madars Razma, who is the eighth seed, will play the winner of the first round tie between 2018 champion James Wade and veteran star Mervyn King.

The tournament begins on Friday October 29 with the first round, before the eight seeded players - based on World Series Order of Merit ranking - enter the action on Saturday October 30 in round two.

The £300,000 event then concludes on Sunday October 31, with the afternoon session's quarter-finals followed in the evening session by the semi-finals and final.

Tickets for the Jack's World Series of Darts Finals are available through ticketmaster.nl.