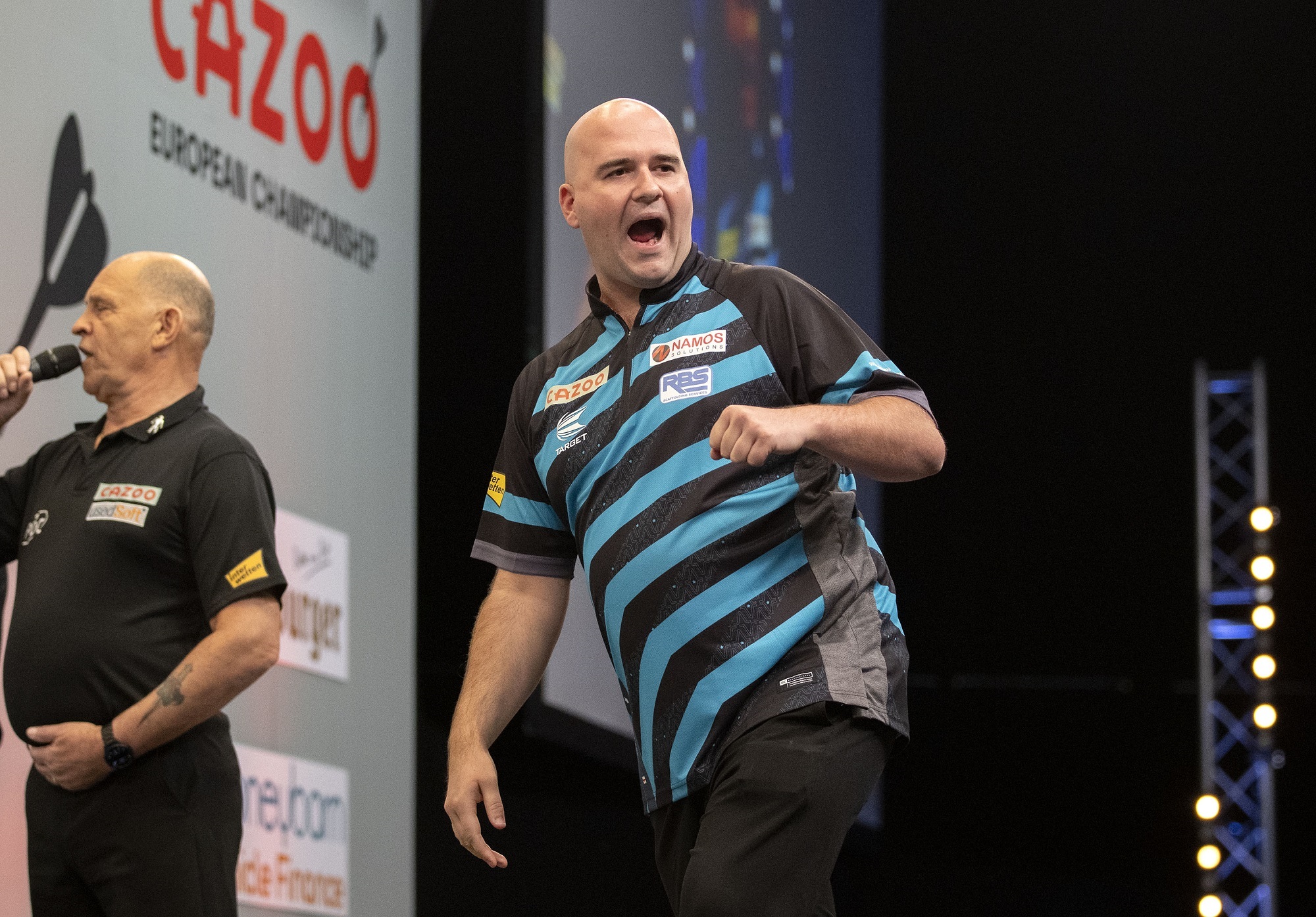 Last Sunday's Cazoo European Championship winner claimed the £10,000 title at the Barnsley Metrodome to win his first Players Championship since June 2018 on another superb day of darts.

He then defied a nine-darter from Madars Razma to win their semi-final 7-4, pulling clear from four-all to move into the title decider.

Cross dominated the final, taking out 124 on the bull to break in the opening leg, leading 2-0, 3-1 and 6-2 with some fine darts - including a pressure 96 in leg six to deny Searle a chance to level.

Searle took three legs in a row to reduce the gap to one leg at 6-5, but Cross produced a timely 14-darter to earn breathing space and responded to a 105 checkout from his opponent by finishing 76 to claim the title.

"It's great," said Cross. "It's so surprising what a bit of confidence does - I've played well this week.

"I feel like I'm never going to miss when I put that first dart in there. That's a kick-start, and the confidence on top made me a winner today.

"I seem to find that, when things all go wrong, you never enjoy it, and then all of a sudden you start to get a little bit of improvement and enjoy it a little bit more.

"I want to wear my heart on my sleeve, I want to enjoy it AND win. We're going to ride this crest of a wave."

Birthday boy Searle, who turned 34 on Thursday, averaged over 103 against Robert Thornton and Mike De Decker as well as seeing off Daryl Gurney, Michael Smith and Nathan Aspinall in his run to a third ProTour final of 2021.

However, he was denied a second title of the year, and a third ProTour win, as Cross emerged victorious in a battle between two players who progressed from the PDC Unicorn Challenge Tour in 2016.

"Ryan's brilliant, I've got a lot of admiration for him and for the last three months he's played great," added Cross. "He's reaping the benefits and so he should."

Latvia's Madars Razma enjoyed his best run in a ProTour event this year, defeating top seed Joe Cullen and Nordic rival Darius Labanauskas on his way to the semi-finals, where he achieved his nine-darter in defeat to Cross.

Van der Voort and Van Duijvenbode were joined in the quarter-finals by Michael Smith and Luke Woodhouse, while world number two Peter Wright lost out in the last 16.

Michael van Gerwen was defeated in the last 32 by Daryl Gurney as the three-time World Champion lost despite a 107 average for the second time in three days.

Friday sees PDC Super Series 7 conclude with Players Championship 27, as 128 players compete in the fourth ProTour event of the week.

Latest news of live streamed matches can be followed through the OfficialPDC Twitter page.

NINE-DARTER!
Madars Razma achieved a nine-dart finish in leg six of his semi-final with Rob Cross.