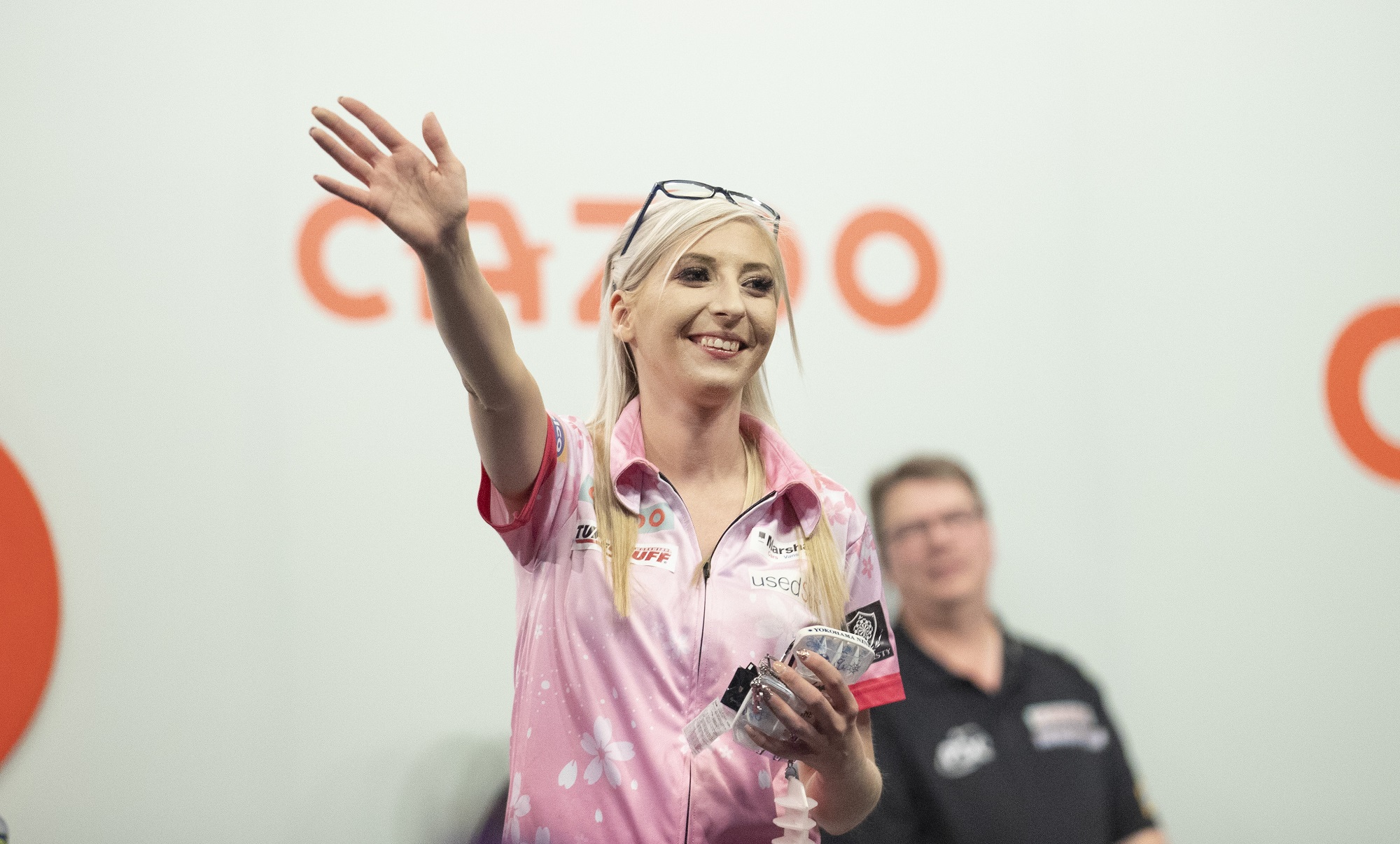 Fallon Sherrock has set her sights on making further history at the William Hill World Darts Championship next month.

The women's darts trailblazer saw her history-making week at the Cazoo Grand Slam of Darts ended on Saturday night as Peter Wright claimed a 16-13 win from their superb quarter-final.

Sherrock had made history as the first female player to win past the group stage in the Grand Slam - also achieving a record televised average for a woman in the process.

She then defeated Mensur Suljovic in the second round, reviving memories of her history-making wins over the Austrian and Ted Evetts in the World Championship almost two years ago.

The 27-year-old will now set her sights on a return to the World Championship, having topped the PDC Women's Series Order of Merit this year with six tournament wins to secure her Alexandra Palace return.

"Obviously I'm gutted to lose - I tried my best and that wasn't good enough tonight but I'm so proud of myself," said Sherrock.

"If I can push one of the best in the world, I'm going to take it to Ally Pally and hopefully I can do really well there.

It's definitely an achievement for me. I gave it my all and next time I'll know what to expect. Hopefully big things are on the horizon.

"I'm going into Ally Pally with so much confidence; I know I'm playing well and I know I can push these players and hopefully I can get across the line there.

"Hopefully I can get to the top and every opportunity I get I'm going to take it.

"The more experience I can get on the stage, and even on the floor games, I'm going to take and hopefully I can be up there with the best players in the world."

Sherrock averaged over 100 for much of her tie with Wright in Wolverhampton, repeating the quality she showed in the Nordic Darts Masters final against Michael van Gerwen in September.

"I'm so proud of myself, especially averaging nearly 100," she said. "I tried my best and Peter is amazing.

"Some of the doubles were just on the wire, and if they're meant to go in then they'll go in, and if not they'll sit on the wire.

"This week has been absolutely incredible - I couldn't have asked for a better week. I wanted to make the Grand Slam and I've made a massive dent in it!"