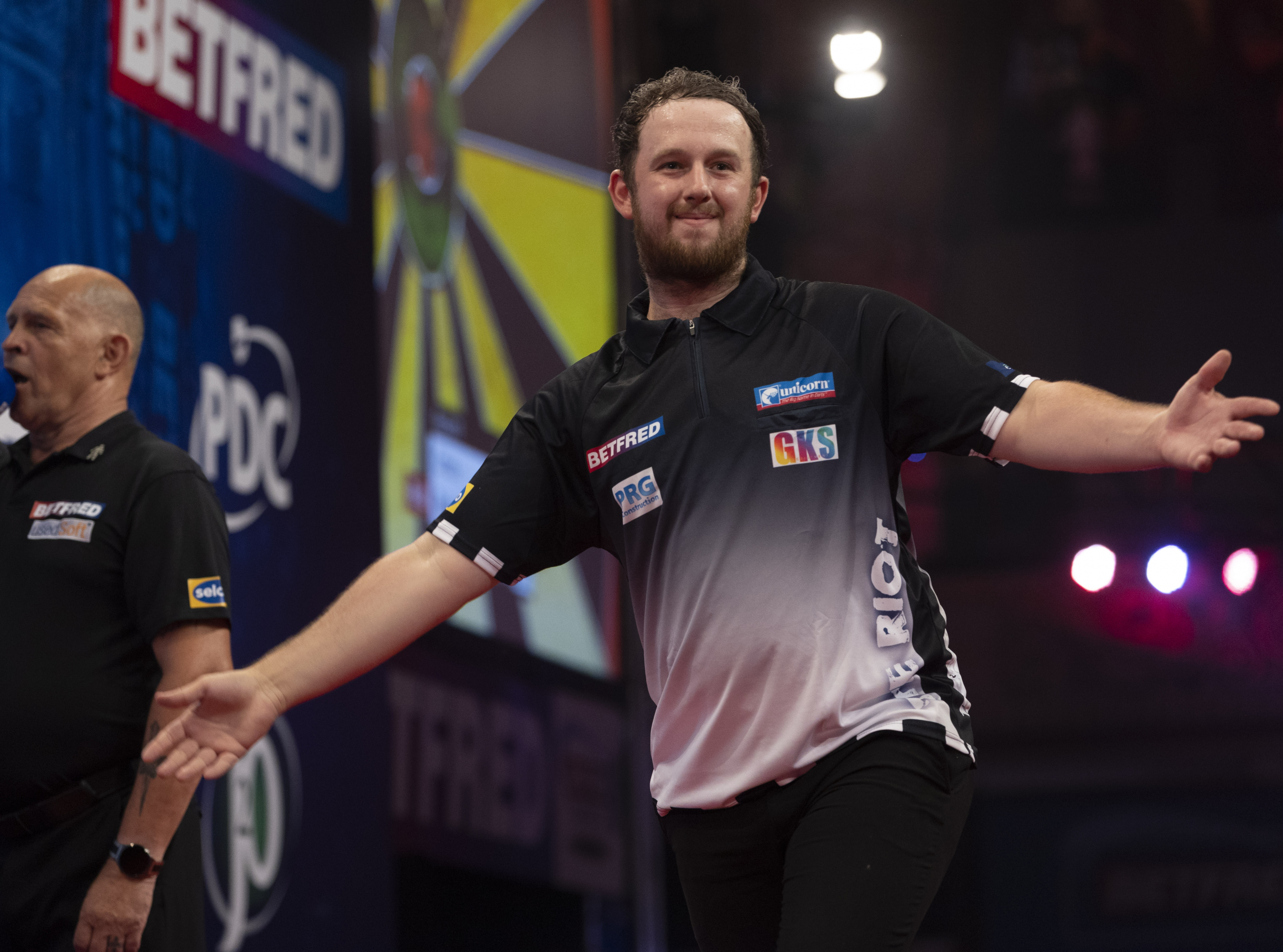 Callan Rydz enters his third William Hill World Championship as the top qualifier from the ProTour Order of Merit, marking a rapid rise for the youngster who only began playing darts in 2013.

Within a couple of years of taking up the sport, Rydz was winning youth tournaments before following in the footsteps of his cousin, Chris Dobey, by trying his hand in PDC events.

It took the talented prospect just five attempts to get as far as the semi-finals in a Development Tour tournament – a feat he achieved in successive days in October 2016.

In 2019, Rydz enjoyed his first PDC glories, winning two Development Tour events and two Challenge Tour titles in a successful year which saw him secure a professional Tour Card for the following two seasons as a result of topping the Challenge Tour Order of Merit.

After settling in to life on the ProTour, he began to find his feet against the world’s elite and started reaching the latter stages of floor tournaments towards the end of 2020.

But 2021 has undoubtedly been the speedster’s breakthrough year as a professional, as he picked up his first ranking title in just the second event of the season.

That Players Championship triumph was completed with a fantastic final victory over the in-form Jonny Clayton.

Rydz went on to win another Players Championship title, defeating Germany’s Gabriel Clemens in the final as he continued his impressive form.

This year has also included a fantastic run to the quarter-finals of the World Matchplay thanks to victories of major champions Glen Durrant and Rob Cross.

Rydz returns to Alexandra Palace for his third World Championship appearance looking to continue a perfect record of winning his first round match when he takes on Japan’s Yuki Yamada.

Another opening victory on Saturday would set up a second round tie against Brendan Dolan for Rydz, who is looking to sign off a successful year with his first ever run to the last 32 at Ally Pally.

The tournament will be broadcast live on Sky Sports in the UK, through the PDC's worldwide broadcast partners including DAZN and RTL7, and on PDCTV (excluding UK and Netherlands based subscribers).