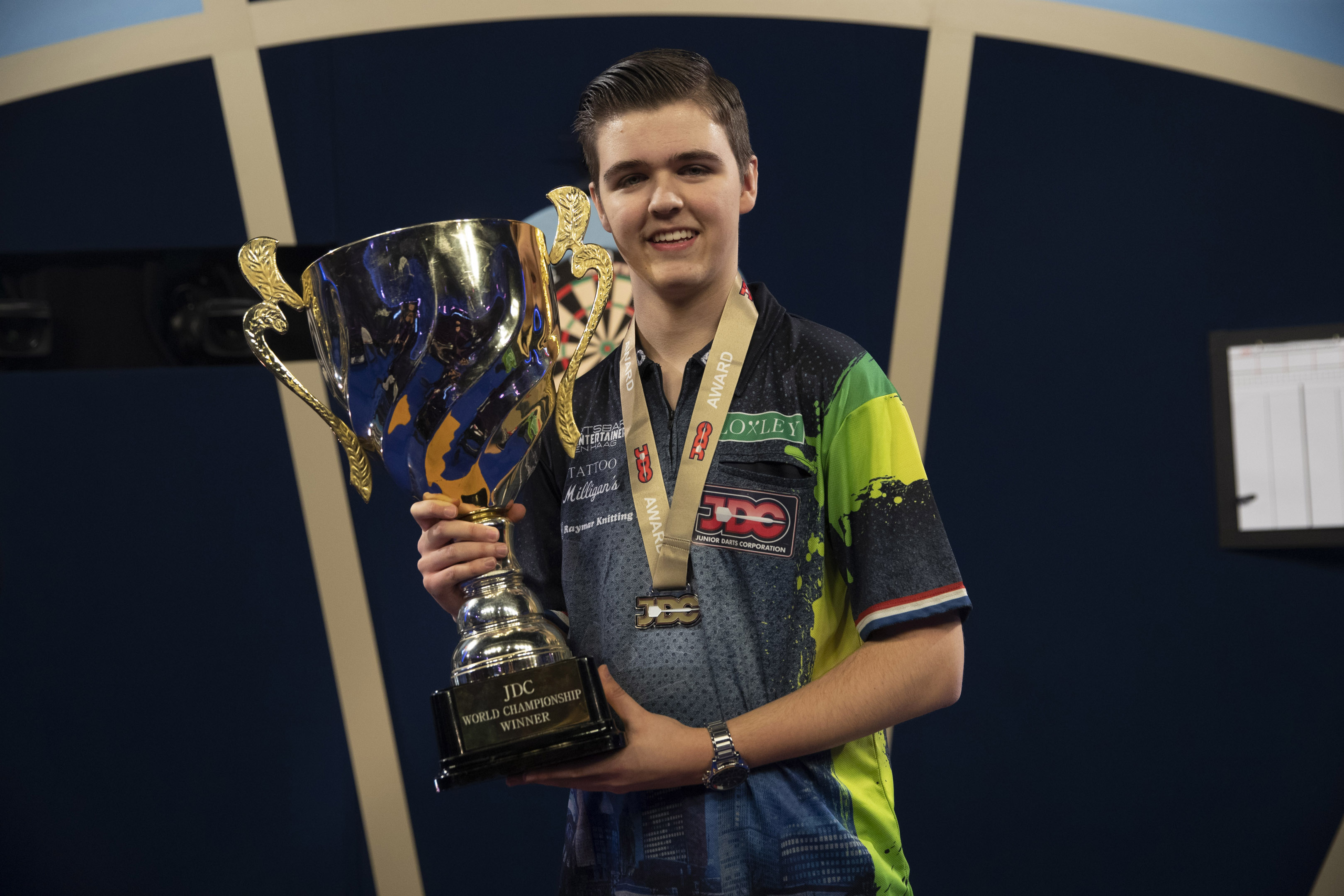 Dutch prospect Roes became the third player from the Netherlands to win the title, punishing the unfortunate Bennett for missing 15 match darts.

He follows in the footsteps of countrymen Maikel Verberk (2016) and Jurjen van der Velde (2018) in claiming the crown.

The first two legs went the way of 17-year-old Roes but Bennett, 15, hit back with a brilliant four-leg burst to take apparent control of the final.

He almost took glory with a 130 checkout but narrowly missed double five, followed by a further four championship darts allowing Roes to take the seventh leg.

The Dutch youngster then levelled with the help his third maximum of the final but looked set for defeat when Bennett fired in his third 180, only for the exciting Lincolnshire talent to miss a further 10 match darts as Roes sealed a 5-4 win on double top.

“I am really proud of myself for becoming a World Champion,” said Roes, who picked up the Tommy Cox Trophy and £2,000 winner’s cheque.

“Today was the day that I achieved something I have always dreamed of.

“Leighton is a great player and has achieved many things already but I think I had a strong mentality today.

“He missed a lot of chances and I took mine and that’s what mattered in the end.”

The pair had earned their places in the final at Ally Pally by coming through the previous rounds, which were played in Gibraltar last month.

Roes had seen off much-fancied Luke Littler in the semi-finals, while Bennett overcame the challenge of emerging Italian star Aurora Fochesato, who was the best performing female player in the event.